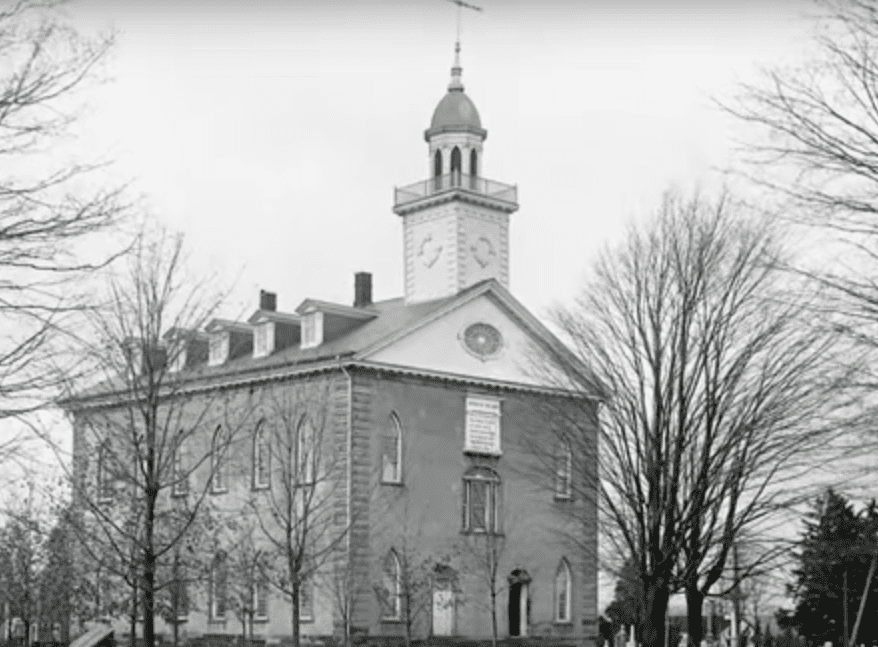 The following comes from the Joseph Smith Papers project. It details some of what can be found in the newest installment of the project: Documents, Volume 5. For more information and to get your copy, click here.

Perhaps no volume of the Joseph Smith Papers conveys the highs and lows of Joseph Smith’s life better than Documents, Volume 5. Through letters, revelations, and meeting minutes—as well as more unusual documents such as a map, an essay on abolition, and a study of the Egyptian language—this volume brings to life the consequential and often emotionally charged months from October 1835 to January 1838.

The volume opens in the hopeful season leading up to the completion of the first Latter-day Saint temple, the House of the Lord in Kirtland, Ohio. In these months Joseph Smith pronounced new revelations, spent time organizing and unifying priesthood quorums, and introduced sacred ordinances. He relished such work, once recording in his journal, “This has been one of the best days that I ever spent.”

The pinnacle of the volume is the dedication of the Kirtland temple in spring 1836. Latter-day Saints described remarkable spiritual outpourings at the time of the dedication, including seeing angels and visions. In addition, men who had been ordained to the priesthood recorded receiving the long-promised endowment of spiritual power. Shortly after, Joseph Smith and Oliver Cowdery reported visitations by Jesus Christ and ancient prophets, who bestowed priesthood authority.

Soon, however, the exuberance of the temple dedication seemed like a distant memory. Word came that the Saints in Missouri again faced expulsion from their homes. The Kirtland economy began to collapse amid a national financial panic. The church’s newly founded banking institution, the Kirtland Safety Society, soon crumbled, and many Latter-day Saints, including Joseph Smith, lost substantial money and property. The House of the Lord itself, the center of the Saints’ spiritual lives, was mortgaged in order to pay debts.

Facing these difficulties, some Saints—even some of Joseph Smith’s closest friends—turned against him, declaring him a fallen prophet. Smith spent time in hiding as he faced threats against his life. Finally, in January 1838, a revelation commanded the First Presidency to leave Kirtland and seek refuge among the Missouri Saints.

The months between the temple dedication and Joseph Smith’s relocation to Missouri are some of the least documented in early Mormon history. The texts presented here, together with the extensive annotation accompanying them, constitute one of the best sources for researching and understanding this tumultuous period. This volume also highlights the activities and perspectives of women by including letters from Emma Smith to her husband and relying on accounts by such eyewitnesses as Eliza R. Snow, Mary Fielding, and Vilate Murray Kimball.

For more information and to get your copy, click here.