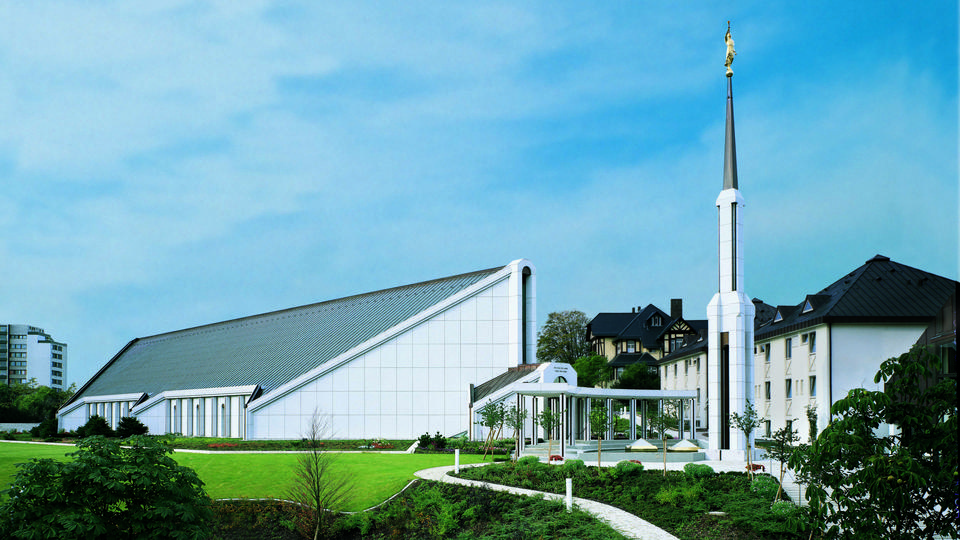 The public is invited to tour the newly remodeled Frankfurt Germany Temple of The Church of Jesus Christ of Latter-day Saints.

The free open house is Friday, September 13, to Saturday, September 28, 2019, excluding Sundays. A few weeks before the open house, the public can make reservations at templeopenhouse.lds.org.

The temple, which is located several miles north of Frankfurt in the historic city of Friedrichsdorf, will be formally rededicated on Sunday, October 20, 2019, in three sessions. There will also be a youth devotional with senior Church leaders on Saturday, October 19, 2019.

The Frankfurt Germany Temple closed in 2015 to accommodate a renovation and enlargement of the temple including a new underground baptistry. It was originally the fifth temple built in Europe and the second built in the current boundaries of Germany, following the Freiberg Germany Temple. During the Frankfurt Temple’s week-and-a-half open house in 1987 more than 70,000 people visited the sacred structure.

There are over 40,000 members of the Church in Germany in 159 congregations. Worldwide there are 201 temples operating, announced or under construction, including 12 in Europe.

For more information about the purpose of temples and their importance to Latter-day Saints, please visit www.mormonnewsroom.org/topic/temples.