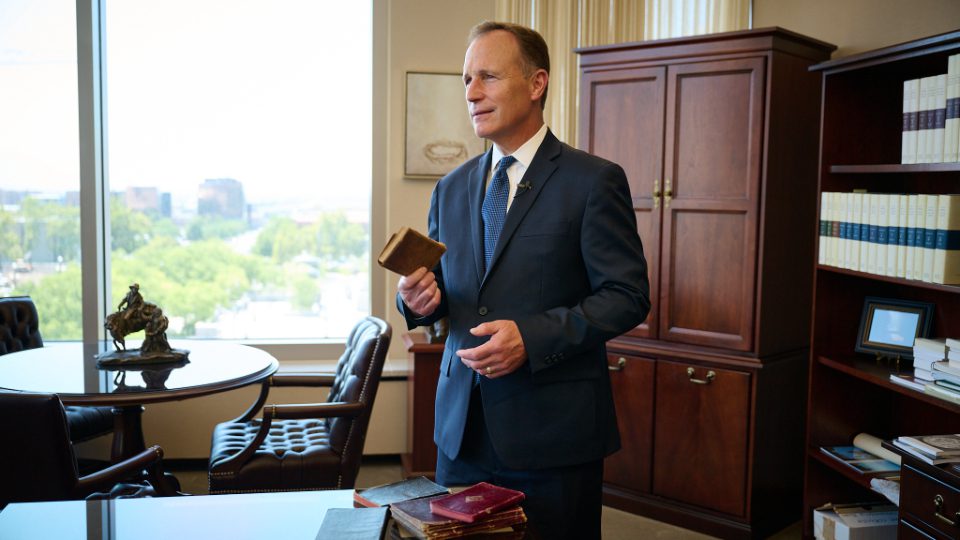 “It’s difficult, if not impossible, to remember who you are, until you know who you are,” said Elder Kyle S. McKay, who has begun his service as the 16th Church Historian and Recorder of The Church of Jesus Christ of Latter-day Saints, effective August 1, 2022.

“The history, the things that we do help us know and remember who we are. In fact, that’s one of the commandments God has given us, is to remember,” said Elder McKay.

Elder McKay, a former attorney, has been serving as the assistant executive director of the Church History Department for the past three years under the leadership of Elder LeGrand R. Curtis Jr., who will be given emeritus status in the October general conference. Elder McKay was sustained as a General Authority Seventy in 2018.

The new assignment has gone full circle for Elder McKay. As a Utah native whose grandfather is the first cousin to past Church President David O. McKay, he worked on the family ranch of former Church Historian and Recorder Elder Marlin K. Jensen during most of his youth.