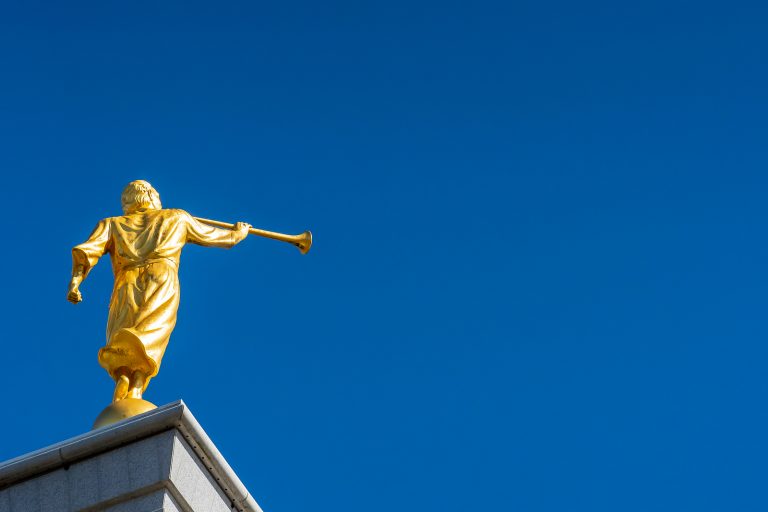 My Take on McKay Coppins’ Recent Atlantic Article about the Church

Journalist McKay Coppins is a life-long LDS member who wrote a long article in the most recent Atlantic Magazine entitled “The Most American Religion” wherein he tells about his interview with President Russell M. Nelson and goes on to make some assumptions and draw some conclusions about the motives and reasons behind the Church’s efforts and activity over the course of its 200-year existence.

The article is not without its virtues, and it certainly portrays some of the Church’s virtues. The problem is that the whole article operates on the underlying assumption that the goal of the Church, all through its two centuries of existence, has been to find acceptance and approval in America, the country of its founding. Thus, Coppins suggests that the Church has constantly and consciously directed its efforts toward assimilation into the America mainstream.  To do this, he contends, we have tried to present ourselves as clean cut, helpful, kind, community-oriented, family-centered service-giving people in the hopes that society will no longer see us as outsiders, but instead as respected and accepted mainline Americans—even as exceptional examples of the fulfilled American Dream.

But, he concludes that just about the time that we had finally been successful in cultivating the image of prototypical, ideal and successful Eisenhower or Reagan era citizens, that persona became old fashioned and antiquated, and we were again mistrusted and misunderstood because the country had moved on from the type of Americans that we had become.

The problem, perhaps because he is too accustomed to interviewing politicians or writing about societal or cultural issues, is that Coppins fails to acknowledge the other obvious possibility—namely that the Church is motivated not by image-making or acceptance-seeking perspectives at all—but rather by Christ’s Gospel which happens to be about being helpful, kind, family-centric, and service oriented.

Maybe the goal to be that kind of people has nothing to do with assimilation or desiring to be insiders but simply with trying to align with what prophets and scripture have always taught.  Maybe that has always been our target, and when culture or society aims in the same direction we align better with it and might be viewed as assimilated or accepted; but when culture moves away from these eternal principles we, without having moved at all, begin to look like outsiders.

What is troubling is that Coppins looks for all kinds of psychological or cultural or even political reasons for why the Church is what it is and does what it does, and he does not seem to even entertain the possibility that it is motivated by spiritual considerations and by wanting to be acceptable to God rather than to society.

Despite this, in balance, I appreciated the article because it did portray many aspects of the Church fairly and correctly.  And at about the same time I heard Coppins interviewed on a podcast by Teryl Givens and loved not only what he said but how he said it.  He is, in many ways, the ideal bridge or connector to a portion of the public that we have never been very good at reaching.

But then I heard him interviewed on radio by Doug Fabrizio, and Coppins doubled down on his criticisms of the out of step image-creation he thinks is the LDS goal, suggesting that the Church operates with too much over-eager “earnest optimism” and has highly visible and prominent members who are “relics” like the wholesome, marriage-and-family committed, gosh and gee-whiz Mitt Romney.

Coppins says, “Mormons didn’t become avatars of a Norman Rockwellian ideal by accident. We taught ourselves to play the part over a centuries-long audition for full acceptance into American life.”  Really? So we are a just a brand—with actors auditioning for American acceptance? Not anything to do with following Christ or auditioning for His Salvation?

I have to conclude that it is Coppins who is auditioning—for full acceptance into his secular brand of modern journalism—where spiritual or religious reasons for doing certain things or being a certain type of person don’t register, and where some kind of insecurity or out-of-step oddness has to be uncovered to explain why an institution or its people are the way they are.

Now I would never deny that many members of the Church crave a more broadly-based approval for themselves and for their faith, and all of us would certainly like to be better and more accurately understood across society.  These are natural human emotions, and in our case they have been catalyzed by varying levels of ridicule and persecution across two centuries.  But that does not lead to the conclusion that the institutional Church and its prophetic leaders are driven by insecurity or by some obsession for assimilation. Quite to the contrary, my experience suggests that those who lead the Church are more interested in differentiating who and what we are than in trying to be what they think others want us to be.

So, with all due respect for Mr. Coppins both as a journalist and as a devoted member of the Church, I would simply ask him this one question:  After spending your lifetime as a member of the Church, are you comfortable implying that the prime hope, wish, motivation, desire, need, and objective of the Church and its leaders is to find complete assimilation into and admiration and acceptance from the surrounding society?

It is always dangerous, and by definition judgmental, to make assumptions about motives—and it is particularly perilous when they are assumptions about the motives of Prophets, and thus, to a believer, the motives of God. And it is this one flaw, in an otherwise useful and insightful article, that spoils it for me.  Mr. Coppins’ conclusion about the Church wanting to become an American insider is ironic, because he is a Church insider who should know better.

I agree with Richard Eyre in his criticism of the article and of the lack of a display of faith in that article. However, I depart from the criticisms expressed in one respect, in that I feel that the article did much good, especially considering the audience for which he was writing in The Atlantic. I think it helped soften the feelings of many in that audience toward the Church, and for that I applaud Coppins. I feel that The Atlantic would not have published an article that bore fervent testimony of the gospel. For those inclined to criticize, remember that it was the apostasy, with its easy-to-swallow doctrine, that enabled Christianity to spread as far as it did and which paved the way for the acceptance of the restoration of the gospel.

I think Brother Eyre missed the point of Coppins' piece. I've followed Coppins for several years so I may have a better idea of his "motives" and I find him a highly respectable and wise voice. I also understand the need to discuss the nuanced parallels between the "Mormon" and "American" ideal. Among my middle-aged LDS contemporaries, there is an awakening/realization that as much as we can desire and strive for the "ideal", it is becoming harder and harder to achieve.