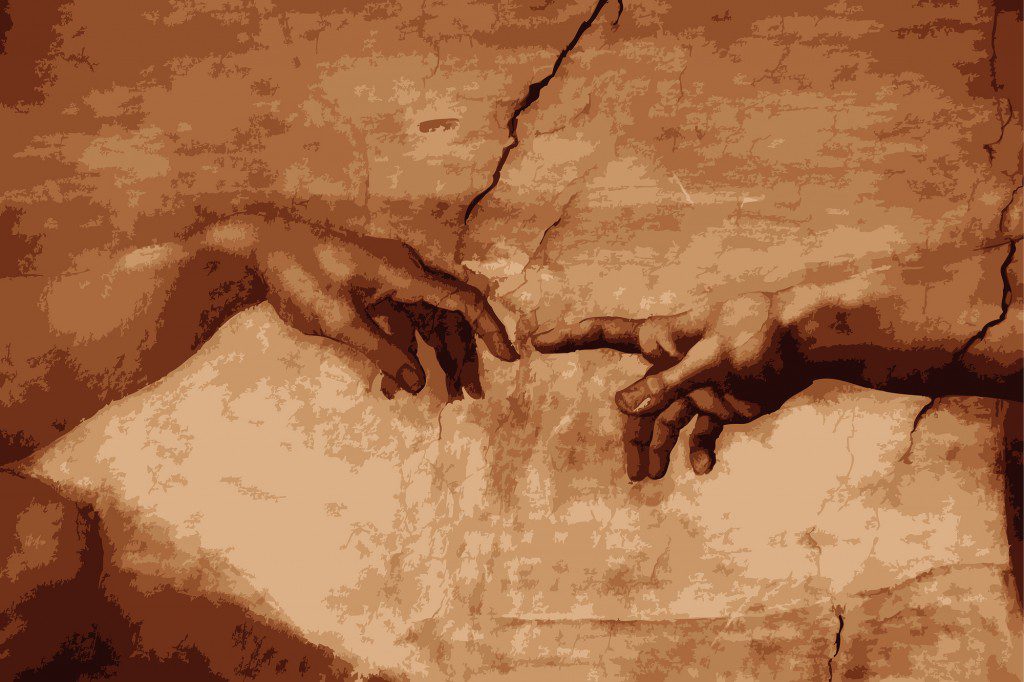 First Things published an article by Richard J. Mouw, president emeritus of the Fuller Theological Seminary and one who has spent years in working on a Mormon/Evangelical dialogue. The gist of that article was his hope that Mormonism is capable of self-reformation and will move more toward the Christian orthodoxy that “God and man are different orders of ‘being,” in other words not related in that intimate way of Father and actual children.

The Lorenzo Snow couplet (As man now is, God once was; As God now is, man may be) is a fair starting point for discussion, and Mouw is right, we think, to judge that Mormons are more attached to the second half of the couplet than to the first.

Mouw is hopeful that Mormons will emphasize the second half of the couplet—the promise of divinization or “theosis” -—and I believe I speak for many Mormons, and will disappoint few, in happily obliging. But then of course the whole question between us Mormons and Christian orthodoxy turns on just how becoming God-like is interpreted. Mouw insists on the “orthodox” view that there is an “absolute ontological difference” between God and man. And here we come to the real obstacle to his wish that Mormons might slip or be nudged towards creedal conformity.

The good news and at the same time the bad news for creedal Christians who hope Mormons will edge closer to them is that such talk of ontological absolutes is for Mormons an absolutely foreign language. Mouw might see this as good news, because it means that, when Mormons talk about becoming gods, they’re not talking about overcoming this ontological difference, and themselves becoming absolute, self-sufficient, and impassible beings. But the bad news from his point of view is that Mormons do not talk about God that way either. As far as Mormons have an implicit ontology, it is indeed best represented in the saying that human beings and angels and God are all “of the same species.” And an important part of this implicit ontology of Mormon Christianity that distinguishes it from the particular orthodoxy Mouw is eager to defend is the pronounced rejection of divine impassibility in favor of the being Terryl and Fiona Givens have eloquently presented as The God who Weeps.

If orthodox ontology seems to preclude the acceptance of such a caring God, we Mormons are in fact obliged to note that the Bible itself is conspicuously lacking in any absolute ontological teaching. Surely there are Biblical statements concerning God’s greatness that, interpreted within the frame of reference of Greek philosophy, might suggest such an ontology, which might then yield the highly speculative Trinitarian doctrine central to Mouw’s orthodoxy. But the problem is that these ontological ambitions lead directly to the great “incomprehensibles” proclaimed in the Athanasian creed and inseparable from Mouw’s absolute ontological gap between God and man.

The question of “incomprehensibility” was addressed, very directly and quite authoritatively by Elder Jeffrey R. Holland of the Quorum of the Twelve Apostles in General Conference, October 2007:

We agree with our critics on at least that point—that such a formulation for divinity is truly incomprehensible. With such a confusing definition of God being imposed upon the church, little wonder that a fourth-century monk cried out, “Woe is me! They have taken my God away from me. . . . and I know not whom to adore or to address.” How are we to trust, love, worship, to say nothing of strive to be like, One who is incomprehensible and unknowable? What of Jesus’s prayer to His Father in Heaven that “this is life eternal, that they might know thee the only true God, and Jesus Christ, whom thou hast sent”?

It is not our purpose to demean any person’s belief nor the doctrine of any religion. We extend to all the same respect for their doctrine that we are asking for ours. (That, too, is an article of our faith.) But if one says we are not Christians because we do not hold a fourth- or fifth-century view of the Godhead, then what of those first Christian Saints, many of whom were eyewitnesses of the living Christ, who did not hold such a view either?

While we sympathize, then, with Mouw’s readiness to emphasize the second part of Snow’s couplet, it by no means follows that we share his hope that Mormons might prove “capable of self-reformation” in the sense of embracing the “absolute ontological difference” between God and man. Though we appreciate the gesture of welcoming “serious conversation” between Creedal Christians and Mormons, we do not find the assumption that any such conversation must go in the direction of Mormons’ “greater conformity with the orthodox Christian consensus” a very encouraging starting point.

We do not wish to disappoint Dr. Mouw in his quest for fruitful conversation with Mormons, but we must alert him to the fact that any tendency he may observe among Mormons to downplay speculation on God’s origin has nothing at all to do with some orthodoxy-envy on our part. Incomprehensible absolute otherness is going to be a hard sell for us.

Traditional Christians should do a little research. Constantine essentially “flipped a coin” and sided with the Trinitarian view at the Council at Nicea. And he enforced his decision on religious doctrine with an edict that all writings to the contrary be turned in and burned and that anyone who refused to comply was to be executed. Pretty clearly, Constantine didn't much care which view of the nature of God was correct, but he did want just one view to be universally acknowledged as the official view of Christians. Some 1700 years later, most all Christian churches are still Trinitarian, requiring all “proper” Christians to adopt the "three in one" view of God established at swordpoint by Constantine. For me and my house, we choose revelation.

As a convert, I can with great conviction, say that the nature of the God we worship is precisely what I knew existed, without ever being taught in my previous faith. I was early involved in a search for that Being and elated to be taught by our young Elders that a Church actually taught these principles. Common ground may be a comfortable place for those who seek our reformation to their beliefs...not so much for us. I am eternally grateful to be a Child of God.