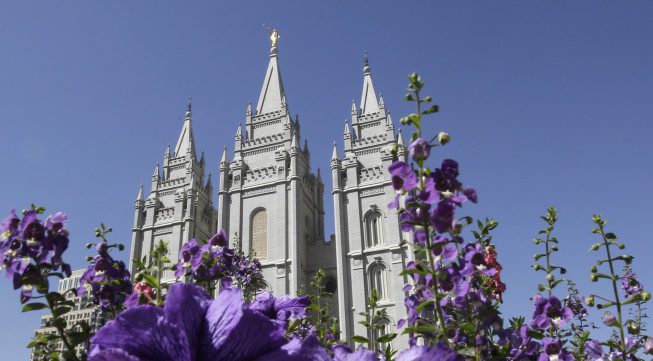 Trump’s troubles in Utah became clear during the state’s March primary, when he received just 14 percent of the vote—his smallest share in any of the states that had voted in primaries up to that point, according to Politico. Trump’s popularity in the state remained tenuous as he emerged as the presumptive nominee, and while a recent Utah poll showed Trump leading Democrat Hillary Clinton, Libertarian candidate Gary Johnson was surging in his wake.

“He should be in the sixties right now and he’s not,” Quin Monson, a pollster and political science professor at Brigham Young University, said of Trump’s polling numbers.

Political scientists and strategists in the state told TPM they believe Trump will ultimately win there. But that doesn’t change many Utahns’ antipathy toward the nominee, which experts say has its roots in the Church of Jesus Christ of Latter-day Saints. The legacy of being a minority religious group that was alienated, threatened and driven from their homes is a very strong piece of the modern Mormon identity.

With the future of the Supreme Court at stake, and religious liberty and other Constitutional issues so important at this time, Trump has more to offer Utah voters, even those who choose to hold their noses in the voting booth. Trump's bravado, bullying, and foul language are obvious turn-offs. But they pale in comparison with the lying, poor judgment, and felon-like activities of Mrs. Clinton.

Utah's reason for voting against Trump is minute compared with what Hillary will be doing. She is anti-Christian, anti-Constitution, anti-Israel, pro-abortion, etc. the list goes on. She is one scary woman! Then I find people only listen to the first minute of Gary Johnson and don't finish listening to what he is really saying and he is scary as well.