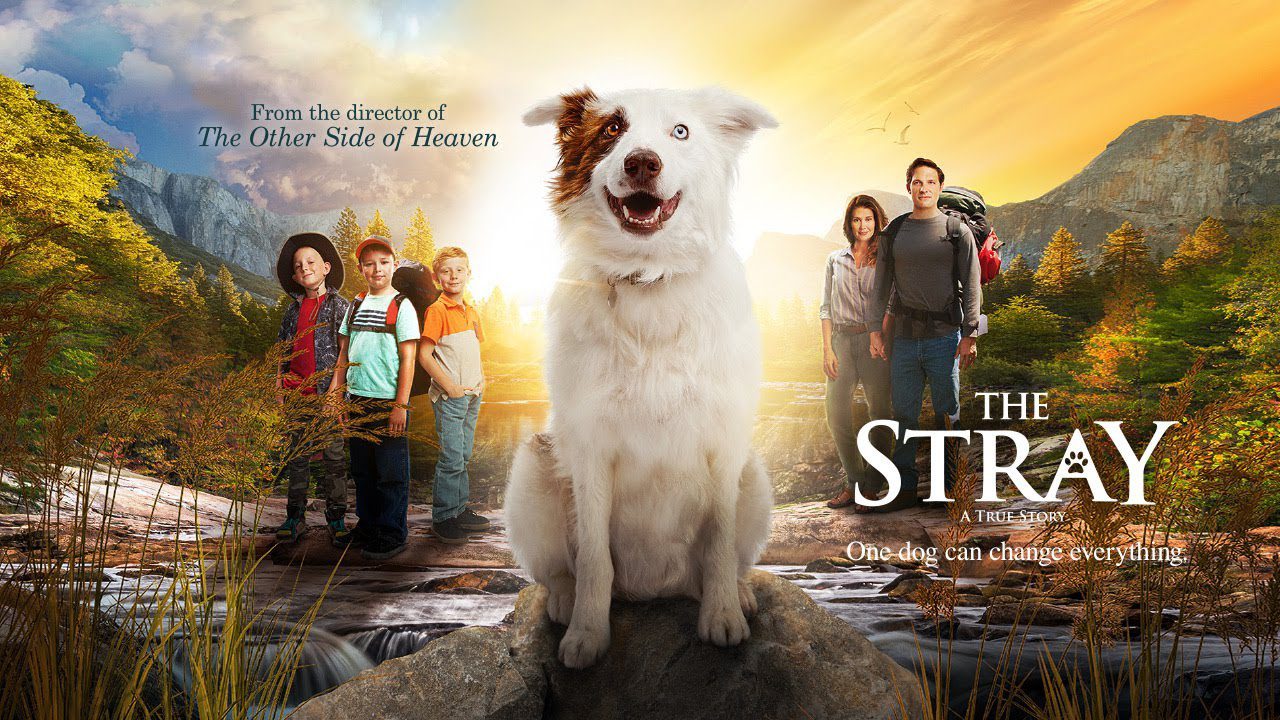 Mormon Moviegoer: Powerful ‘The Stray’ is More Than Just “Another Dog Movie”

WHAT’S THE STRAY ABOUT?

A man’s life, and relationship with his family, is saved by a stray dog. Autobiographical film from director Mitch Davis (The Other Side of Heaven).

While fans of Lassie, Where the Red Fern Grows, and My Dog Skip will definitely find much to enjoy here, one doesn’t have to be a “dog person” or even a “dog movie person” to be lifted and inspired by The Stray. The film’s central conflicts are relatable: balancing work and family, growing apart from one’s children, and the role of faith in making major life decisions. Mitch Davis writes and directs this true story from his own life, giving the movie an air of realism and authenticity devoid of cinematic machinations. The result is a film that asserts powerfully that God works in mysterious ways and is acutely aware of His children.

Sarah Lancaster (TV’s Chuck) and Michael Cassidy (Batman v. Superman) do some gripping work here as Michelle and Mitch Davis; they’re quality actors who truly deliver in the film’s powerful third act. As demonstrated in The Other Side of Heaven, Davis has an eye for beautiful locations (enlisting here T.C. Christensen as director of photography). He elicits solid performances from his canine and the child actors.

The film grabs audience attention right out of the gate, setting the stage for an incredible final 20 minutes. The movie meanders a bit too much in between its gripping opening and ending, but if Davis overindulges slightly in his walk down memory lane it’s easily forgiven. This story, and these people, clearly mean a lot to him, and will to you by the end. It’s the director’s testimony of faith, captured on film, and it is beautiful.

The Stray is rated PG. It contains a scene of trauma from natural disaster that may frighten small children, but is essential to the story, not graphic, and leads to an inspiring outcome. There is a joke about watching Baywatch, but no innuendo or anything inappropriate.

“No success in life can compensate for failure in the home” (David O. McKay). Anything you ask God, if it is right and you ask in faith, will be given to you (see 3 Nephi 18:20). The Lord loves animals, who are subjects of salvation (see “The Gospel and Animals,” Ensign, August 1972).

For another great film about answered prayers, check out King of Kings.

Jonathan Decker is a licensed marriage and family therapist and clinical director of Your Family Expert. He is the author of 250 Great Movies for Latter-day Families and writes a weekly column at Ask a Mormon Therapist.