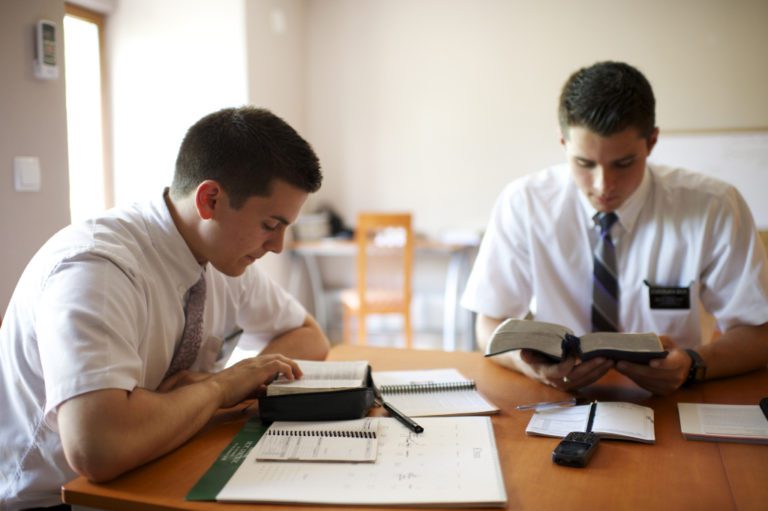 Missionary Moment: Finding by the Spirit

Our plans had fallen through for the evening, and we were on our way to check on a potential investigator. I was feeling a little bit down, mainly because our week had not been as “successful” numbers-wise as I would have liked.  I needed faith to find.

While reviewing our situation at about 8:30 p.m., I prayed with total sincerity for God to lead us to someone who needed us. We needed someone to teach, and I felt and hoped that someone must be desirous of receiving the truth that very evening. I tried to leave my mind blank as my companion, Elder Staples, drove the car. As I prayed and pondered to know the will of the Lord, an image of an apartment complex (that we had tracked through about two months previously) came into my mind. I thought it was strange, but I prayed to know where the Lord wanted us to go when we arrived at the large complex of buildings. A specific building came to my mind, located on top of a particular hill. I asked Elder Staples if we could go to that particular building, and he quickly replied “Of course!”  I knew we had to start heading home at 9 p.m., so we were worried about not having enough time to meet anyone.

We drove straight to the apartment complex and located the specific building I had seen in my mind, but then we had a hard time finding a place to park the car. I feared that we would miss the person we were supposed to find there. A quiet voice told me to calm down, and that everything was happening for a reason.

There were a few ways to get to the building that I had seen in my mind, but I then felt impressed that we should take a shortcut across the back lawn to the back door of the building instead of using the fro

nt door.  It was now dark and almost 9 p.m. We had less than 5 minutes left to find someone to teach before we had to head home, per mission rules. On our way to the rear of the apartment building, on the back lawn, we met a woman standing outside alone in the dark.  To make a long story short, her name is Elsa.

She had met with some sister missionaries in the area about five years ago, and still had the Book of Mormon they had left with her. She had recently started reading it again after all these years. We asked her if we would be able to send over the sister missionaries again to visit with her and she replied, of course, she would love that! She had been wondering how to reach the missionaries again. We went away feeling great. Our prayers had indeed been miraculously answered.

We immediately passed Elsa’s contact information over to the Spanish Sister Missionaries who also worked in our area. They went over and met with Elsa the next day and set her on date for her baptism after the very first lesson! She was baptized several weeks after our first meeting.

When I saw her at church the next week, I was thrilled to see her there! She glowed with happiness. The sister missionaries told us that on the same day that we first found her standing outside, Elsa had actually been looking for the phone number of the sister missionaries that had taught her previously, but she couldn’t find it anywhere in her apartment. She had no idea how to contact the missionaries again. Shortly afterwards, we found her standing outside in the backyard!

I LOVE THE HOLY GHOST!

I love Him, also!