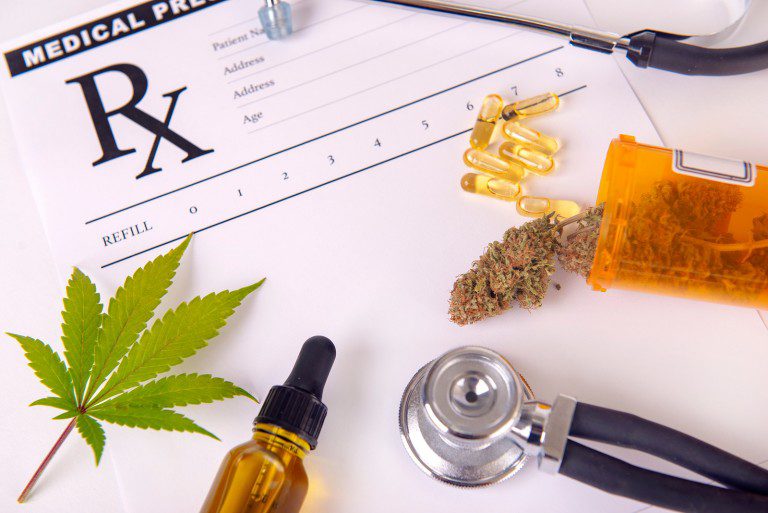 This last week, Utah signed into law what some have called “the best-designed” medical marijuana law in the country. Crafting that law was not easy. In just a few years marijuana has become a key political issue across the nation. Utah was no exception. In June of 2017, medical marijuana advocates in Utah began a campaign to obtain the number of signatures needed to put a medical marijuana initiative on the ballot in 2018, ending up with nearly 154,000 signatures.

Many of those signatures represented conscientious citizens who are concerned about individuals with severe and difficult medical challenges that may be alleviated by the use of medical marijuana. But the language of the initiative and the funding behind it ultimately represented something different than the stated goal of enabling “medical patients to have access to medical cannabis for very specific medical needs.”

In fact, Marijuana Policy Project, the national lobbying arm of the marijuana industry was the major funder and crafter of Utah’s medical marijuana initiative. They likely saw Utah’s compassionate response to suffering patients as fertile ground for fulfilling their motto, “We Change Laws!” in their unequivocal mission to legalize recreational marijuana across the United States. It should be no surprise that the “medical” marijuana initiative they helped craft for Utah was not actually “medical.”

Unlike other medical treatments used for serious medical conditions, doctors would not prescribe it and pharmacies would not dispense it. Instead, the “medicine” of marijuana would be purchased at dispensaries where “budtenders” (with or without medical training) would recommend marijuana-infused cookies, candy, sodas, and other marijuana infused products, including free samples. Some Utahns would even be allowed to grow this “medicine” in their own yard.

The fact that Utah’s medical marijuana initiative did not treat marijuana as a medicine and that it lacked the regulations essential to mitigating opportunities for abuse of the law raised concerns. Ultimately the governor and other leaders concluded that the initiative’s lack of safeguards over the production and utilization of marijuana had serious flaws that compromised the health and safety of Utah communities and opened the door for marijuana’s recreational use.

They knew what those risks could mean. Multiple studies suggest that marijuana is a “gateway drug” that precedes use of and addiction to other licit and illicit substances. Marijuana use is consistently linked to alcohol abuse, and other substance abuse including nicotine addiction. In studies using rats, marijuana exposure appears to “prime” the brain for addiction by increasing the brain’s responsiveness to other drugs as well as marijuana. These findings are consistent with multiple epidemiological studies linking marijuana use in adolescence to addiction to other substances later in life.

But that isn’t the only potential risk. States that have legalized marijuana for recreational use provide a case study for other unintended consequences of legalizing marijuana. In Colorado, for example, the prevalence of marijuana use increased from 21% to 31% among young adults and from 5% to 14% among adults after legalization. But there was not just a dramatic increase in the “legal” use of marijuana.

Colorado also became a “haven” for criminals who hope to make millions exporting the marijuana they grow. In Colorado, law enforcement agencies have faced an increase of 380% in arrests for the production of black market marijuana, as well as a dramatic increase in arrests for illegal manufacturing of marijuana laced products, and for illegal marijuana growth in large, hidden operations. Between 2012 and 2017, organized marijuana crime case filings went from 31 to 119, and the number of seizures for Colorado-sourced marijuana increased more than 250%.

In addition, the number of traffic fatalities where a driver tested positive for any cannabinoid increased 200% between 2013 and 2017. Hospitalization due to possible marijuana exposure increased from 803 to 2,696 (per 100,000) between 2001 and 2015. And marijuana was the most common reason for school expulsions and law enforcement referrals among youth in the 2016-2017 year, the first year when marijuana was reported separately as a reason for disciplinary action.

Given these risks, Utah knew it had to find a way to balance strong patient access to marijuana for medical help with regulations that could mitigate opportunities for abuse and strengthen law enforcement’s ability to monitor recreational use. In the end opposing sides came together create compromise legislation that effectively helps alleviate suffering while shoring up protections for public health and safety. In doing so, Utah’s compromise legislation provides a model for other states to follow.

The following chart lays out some of the major changes between the original ballot initiative and the compromise bill that was finally adopted into law by more than a 2/3rds majority in the legislature. (Thank you to Family Policy Resource). These comparisons provide a guide for specific issues that should be considered when addressing the issue of medical marijuana.

Utah’s compromise legislation demonstrates that there is a way to change the dynamics of medical marijuana, forging a compromise between the serious advocates of medicinal use and the conscientious medical, civic, and police associations opposed to its misuse. In the end patients, children, and communities can all benefit when we carefully craft legislation that balances the benefits of medical marijuana use against the risks of its abuse.

Marijuana has been legalized in some form in 33 states in the U.S. World-wide, 21 countries have legalized cannabis use either fully or partially. It is important to know the status of the nation and state in which you live and to stay informed regarding the consequences of lax marijuana laws, then act with other concerned citizens to pressure policy-makers to treat marijuana legalization responsibly. Cannabis has real potential to help those that suffer from serious medical conditions, but it also has serious potential risks – both to individuals and communities. Utah’s compromise bill proves that policy-makers can craft legislation that provides needed help while protecting families and society.

Kate, if you'd clicked on the link in the article, you'd have been directed to the Colorado Department of Public Safety and its report, "Colorado Division of Criminal Justice Publishes Report on Impacts of Marijuana Legalization in Colorado", which gives the source of the info in this article. You won't hear about it from your local mainstream media, which explains your ignorance of the problem.

Hello Kate, UFI always strives to provide good data. The information you are looking for can be found in the hyperlink we provided in that paragraph. Here it is if your computer had difficulty opening the hyperlink: https://www.colorado.gov/pacific/publicsafety/news/colorado-division-criminal-justice-publishes-report-impacts-marijuana-legalization-colorado It comes from the Colorado Department of Public Safety: "The number of fatalities where a driver tested positive for any cannabinoid (Delta 9 or any other metabolite) increased from 55 (11% of all fatalities) in 2013 to 139 (21% of all fatalities) in 2017." It may not be possible to test for cannabis intoxication at a traffic stop, but urine, hair and saliva tests can confirm the presence of cannabinoids.