Make Use of the Means | Meridian Magazine 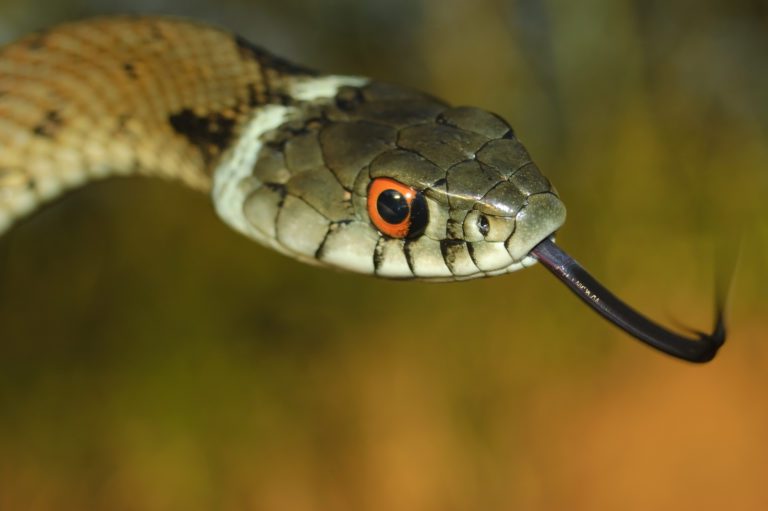 Make Use of the Means

I have two sons who are insulin-dependent diabetics. The depth of my gratitude for the scientists at the University of Toronto who discovered insulin and its applications in 1921-22 is beyond expression. The reality of where my sons would be without that discovery is chilling.

But that discovery does not mean anything at all unless those boys of my mine are filling syringes and taking injections. Only the use of insulin can prevent fatal complications. Insulin is armor against the depredations of type 1 diabetes.

The Israelites had crossed the Red Sea and were making their way around the land of Edom on their way to the Promised Land. The country was desolate. Photos of the area of modern-day Edom show a country barren beyond description. Moses tells us that “the soul of the people was much discouraged because of the way” (Numbers 21:4). And not alone because of the terrain. The diet of these wanderers was monotonous. Every day, it was manna.

The Israelites complained, “there is no bread, neither is there any water; and our soul loatheth this light bread” (Numbers 21:5).

In one of our less prosperous periods as a family, we were given about forty pounds of carrots. My wife was delighted by this blessing to our budget, but within a few days, I think our family felt about these vegetables the way Israel felt about manna.

Their objection to manna was not their first complaint. From the moment that Moses had confronted Pharaoh, and Israel had been compelled to make bricks without Egyptian straw (Exodus 5:7,8,21), they had resisted the work of God.

When these wanderers began to complain on the borders of Edom, they again, “spake against God, and against Moses.” The Lord sent a reminder to them there of their covenant at Mt Sinai, a warning about the dangers of their disobedience. “And the LORD sent fiery serpents among the people, and they bit the people; and much people of Israel died” (Numbers 21:5 – 6).

Some of these people, who had become proficient at instant repentance during their journey, soon came to Moses: “We have sinned, for we have spoken against the LORD, and against thee; pray unto the LORD, that he take away the serpents from us” (Numbers 21:7).

The remainder of the Biblical account of this event is straightforward. “And Moses prayed for the people. And the LORD said unto Moses, Make thee a fiery serpent, and set it upon a pole: and it shall come to pass, that every one that is bitten, when he looketh upon it, shall live. And Moses made a serpent of brass, and put it upon a pole, and it came to pass, that if a serpent had bitten any man, when he beheld the serpent of brass, he lived. And the children of Israel set forward . . .” (Numbers 21:7-10).

That serpent on a stick was insulin for snake-bitten Israelites. But it was even easier to use. If someone was bitten, “when he beheld the serpent of brass, he lived.” But there is more to this story, additional details that demonstrate the difference between having access to the solution for a problem, and using it.

We are told in the Book of Mormon that the Lord “sent fiery flying serpents among them; and after they were bitten he prepared a way that they might be healed; and the labor which they had to perform was to look; and because of the simpleness of the way, or the easiness of it, there were many who perished” (1 Nephi 17:41). This is almost incomprehensible.   All they had to do to live was to look.

“But there were many who were so hardened that they would not look, therefore they perished. Now the reason they would not look is because they did not believe that it would heal them.” But “if ye could be healed by merely casting about your eyes that ye might be healed, would ye not behold quickly?” (Alma 33:20,21).

Perhaps we can understand their skepticism. I had a friend who had an encounter with a rattlesnake on a construction project in Arizona. We took him to the doctor in the back of a pickup, his leg swelling moment by moment as we raced down dirt roads and into town.

The physician had a sign in the yard of his clinic which included the caduceus—an engraving of snakes on a staff. I suspect that my colleague would have been incensed if the doctor had examined him and told him go look at the sign. “Doctor,” he might have cried. “I don’t need advertising! I need drugs!” Because they would not look, Israelites who could have been saved died in agony.

We live in a world of grave danger. There are terrifying spiritual diseases around us. Poisonous serpents infest our homes and our neighborhoods. We are opposed in every righteous endeavor by a bitter enemy who “seeketh that all men might be miserable” like he is (2 Nephi 2:27; see also 2 Nephi 27:18).

That enemy is proficient at what he does. Since the episode of the tree in the Garden of Eden, he has had about six thousand years to perfect his craft, and the world’s history is filled with the stories of miserable people.

In a critical time of warfare and national danger, a military commander in the Book of Mormon wrote to a leader of the people with a demand for additional supplies and reinforcements. In the text of his epistle, he asked a question which brings to mind diabetics refusing to inject themselves with insulin, and Israelites refusing to look at the brazen serpent. “Do ye suppose that the Lord will still deliver us, while we sit upon our thrones and do not make use of the means which the Lord has provided for us?” (Alma 60:21).

In all of our mortal battles, the Lord has provided us with resources to protect and deliver ourselves, and we ought not to “suppose that the Lord will . . . deliver us” if we “do not make use of the means” he has put in place for us.

What has the Lord made available for us to use in this conflict? What are the weapons we must employ to protect ourselves, our families, our congregations, and our communities from the misery that our enemy wants to inflict on us?

A class or a congregation or a family might spend an hour and make a list of “the means the Lord has provided.” That list would contain things like the scriptures, living prophets, prayer, home and visiting teachers, church attendance, temples, repentance, the sacrament, family home evening, priesthood blessings, priesthood keys, sacred music, the fellowship of other believers, and perhaps most important of all, the Holy Spirit. The length of a complete list would be amazing! God has given us a collection of arms and armor designed to withstand “all the fiery darts of the adversary” (1 Nephi 15:24; D&C 3:8, emphasis added). But we must use it all.

In the book of Job, Satan complained to the Lord that the man from Uz was untouchable. “Hast not thou made an hedge about him, and about his house, and about all that he hath on every side?” (Job 1:10).

I am confident that hedge is not simply a divine agricultural effort, put in place without our involvement. Rather, it is planted and nourished by our use of the means the Lord has provided for our protection. That hedge has plants of scripture study, church attendance, family worship, prayer, repentance, and many others. But when one of those bushes is allowed to wither and die, an opening appears in the hedge, through which fiery darts and roaring lions can enter.

I believe the Lord has given us every weapon we will ever need to keep that barrier in place and to win the battles that occur around us. But we must make use of them.

These means—these weapons—are not nuclear. Rather they are spiritual. They do not work like a Tomahawk missile. They must be utilized over the span of lifetimes, day by day and week by week, so that the hedge can be rooted and grounded in love (see Ephesians 3:17) and in Christ (see Colossians 2:6,7). President Uchtdorf told this story.

“A friend of mine recently wrote to me, confiding that he was having a difficult time keeping his testimony strong and vibrant. He asked for counsel.

“I wrote back to him and lovingly suggested a few specific things he could do that would align his life more closely with the teachings of the . . . gospel. To my surprise, I heard back from him only a week later. The essence of his letter was this: “I tried what you suggested. It didn’t work. What else have you got?”

“Brothers and sisters, we have to stay with it. We don’t acquire eternal life in a sprint—this is a race of endurance. . . .

“Too often we approach the gospel like a farmer who places a seed in the ground in the morning and expects corn on the cob by the afternoon” (Dieter F. Uchtdorf, Ensign, May 2009, p. 74).

Thanks! Great Article.... as good as any conference talk. It helps me appreciate and stay committed to doing the day to day suggestions to help my "hedge" grow and stay alive. :0) Rod