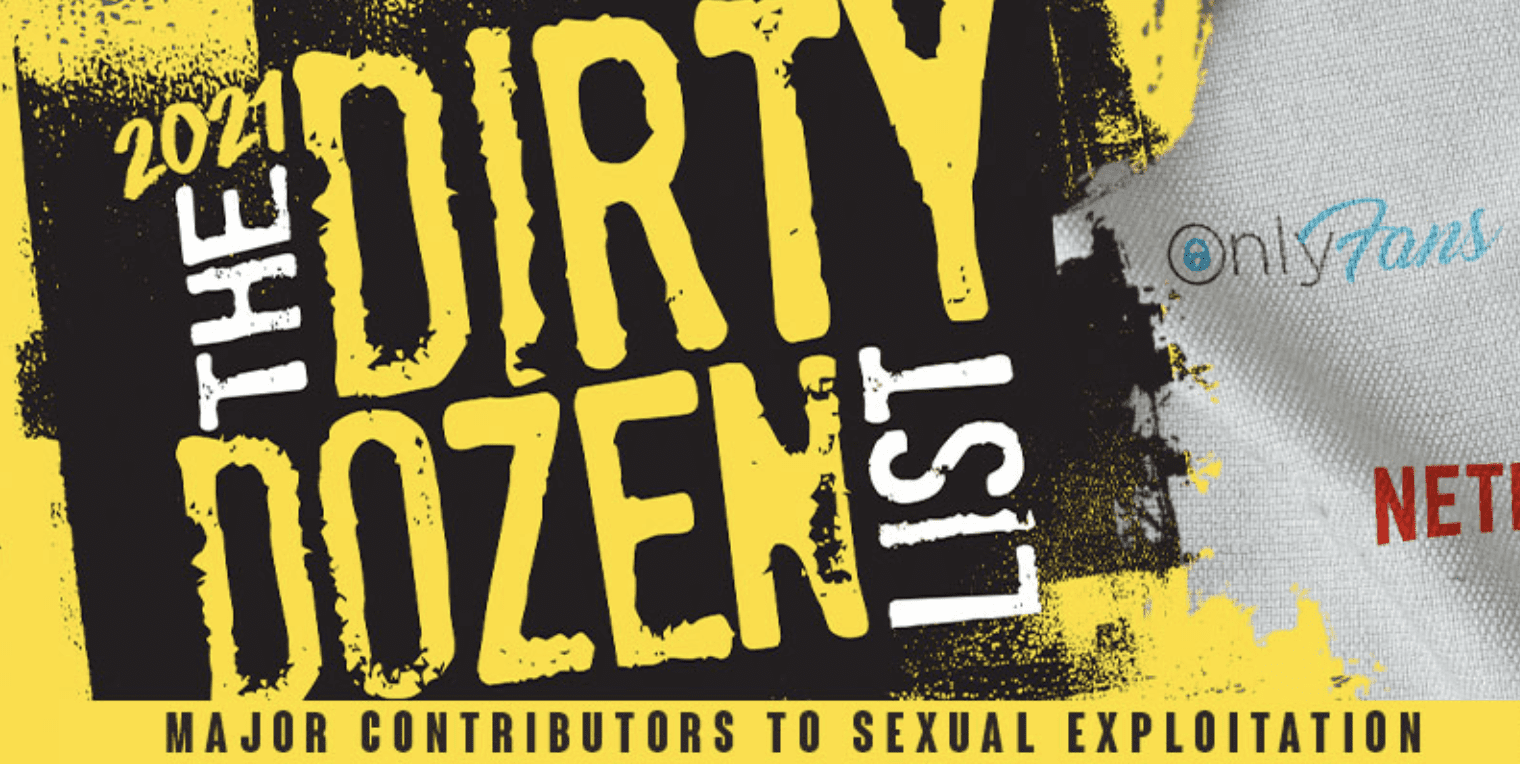 The following comes from the National Center on Sexual Exploitation. To read the full report, CLICK HERE.

The National Center on Sexual Exploitation (NCOSE) has revealed that Amazon, Chromebook, Discord, OnlyFans, and Wish are among its 2021 Dirty Dozen List of mainstream contributors to sexual exploitation. This year’s list features several entities that have profited from the COVID-19 crisis by taking advantage of worsening social and economic vulnerabilities and harnessing the dramatic increase in online activity.

“Corporations and popular brands shape our culture and influence the ways we communicate, what causes we support, and even how our children are learning in school. Unfortunately, many are also perpetuating harm and violence.

“These ‘Dirty Dozen’ are hereby put on notice. We encourage the public and governments to join us in holding these entities accountable, pressing on them to change exploitative policies and to prioritize human dignity over profit.

“We are also highlighting entities on our Watchlist – Snapchat, TikTok, and Visa – as they have made some improvements within the last year, but still have steps to take to fully confront and end harmful business practices with the appropriate urgency these issues demand,” Nealon added.

Amazon – Amazon, the world’s titan of e-commerce, logistics, data storage, and media, also peddles endless amounts of sexual exploitation. As a social platform, Amazon’s Twitch is rife with sexual harassment, predatory grooming, and child sexual abuse. As an online retailer, Amazon is in the business of selling incest-themed porn, sex dolls, photography books with eroticized child nudity, and more. As a media creator, Amazon Prime Video inserts unnecessary, gratuitous nudity and simulated sex scenes into many of its original programming, while providing faulty parental controls. As a web host, AWS is host to many hardcore violent pornography and prostitution websites. Learn more and take action: EndSexualExploitation.org/Amazon

Chromebooks – Google’s refusal to turn on safety features for Chromebooks distributed to schools has resulted in countless students being left exposed to sexually explicit material and sexual predators on their school-assigned devices. More than 40 million students and teachers worldwide were using these popular devices prior to the pandemic. Millions more received Chromebooks for virtual schooling after COVID-19 hit. Instead of helping, this trillion-dollar tech giant chooses to place the burden on overwhelmed schools and parents while leaving children at risk. Demand digital safety in schools: EndSexualExploitation.org/Chromebooks

Discord – The popular platform Discord allows users to connect and chat with each other in real time and it boasts over 100 million active monthly users. Discord has inadequate age verification procedures in place and relies on user reports to moderate much of its content. Hundreds of private and public channels are rife with sexually graphic, violent, and exploitative content, and children are at risk of exposure, grooming, and other predatory behavior. Discord must do more to protect kids: EndSexualExploitation.org/Discord