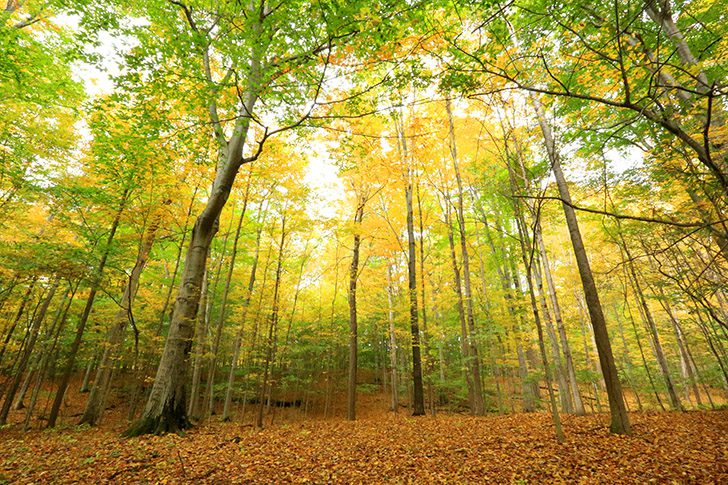 Samuel remained with his brother until July or August, and then came back to the state of New York, bringing us news of Joseph’s success and prosperity.[i] This roused in Martin Harris a great desire to go down to Pennsylvania to see how they were prospering for himself, as he was more than commonly interested in the matter. His wife soon came to the knowledge of his intention and fixed in her mind a determination to prevent him from going. She also resolved to bring Joseph into a difficulty which would be the means of hindering him, perhaps entirely, from accomplishing the work which he was about.[ii]

To this end she undertook to prove that Joseph never had the record which he professed to have, and that he pretended to have in his possession certain gold plates for the express purpose of obtaining money. Accordingly, she mounted her horse, flew from house to house through the neighborhood, like a dark spirit, making diligent inquiry where she had the least hope of gleaning anything that would subserve her purpose-which was to prove that Joseph did not have the record which he pretended to have, that he pretended to be in possession of certain gold plates for the express purpose of obtaining money from those who might be so credulous as to believe him.[iii] After she had ascertained the strength of her adherents, she entered a complaint before a magistrate at Lyons. She then sent word to Lyman Cowdery,[iv] requesting him to come to Lyons, prepared with a good horse to travel posthaste to Pennsylvania (should the case go against Joseph Smith), that he might go with the officers to assist them in securing him and confining him in prison.

Lyman Cowdery was very obedient to her suggestion, and all things seemed to be going on prosperously with Mrs. Harris. She made affidavit to many things herself, and directed the officers whom to subpoena. Among the rest, her husband was a principal witness in the case.

When the day of trial came, the neighbors who felt friendly to us informed us that the witnesses were gone to Lyons and were determined to obtain a verdict against Joseph if it could be done by swearing. This very naturally gave me great anxiety for my son. Hyrum came in and I asked him what could be done.

Lucy may have retired to a place in the woods near where Joseph received his First Vision.

“Why, Mother,” said he, “we can do nothing, but look to the Lord, for in him is all help and strength, and he can deliver from every trouble.”

I had never neglected this all-important duty, but seeing this confidence in my son strengthened me in this hour of trial. This was the first time that a suit was ever brought before any court which affected any of my family, and not being accustomed to such things (as I would become afterwards), I trembled for the issue.[v] But I retired to a secluded place and bowed myself before God and poured out my whole soul in impassioned entreaties for the safety of my son. I continued my supplication for some time. At length a spirit fell upon me so powerfully that every feeling of foreboding or distress was entirely removed from my mind, and a voice spoke to me, saying, “Not one hair of his head shall be harmed.” I was satisfied, and arose and went into the house. I never felt as happy in my life as I did then. I sat down and began to read, but my feelings were too intense to permit me to do so. My daughter-in-law Jerusha came into the room soon after, and when she turned her eyes upon me, she stopped short, saying, “Why, Mother, what is the matter? I never saw you look so strange in my life.”

I told her I never had been so happy before. I said, “My heart is so light and my mind so completely at rest, that it does not seem to me as though I should ever have any more trouble while I lived. I have got a witness from the Lord that Joseph’s enemies will have no power over him. I have received a promise that he shall be protected.” Overpowered by the strength of my feelings I burst into tears and sobbed aloud.

I will now relate the proceedings of the court. After the setting of the same, the witnesses were sworn. The first witness testified that Joseph Smith had told him that the box which he had contained nothing but sand, and he only said it was gold plates to deceive the people.

The second witness swore that Joseph Smith had told him on a certain occasion that it was nothing but a box of lead, and he was determined to use it as he saw fit.

The third witness declared, under oath, that he inquired of Joseph Smith what he had in that box and Joseph told him that there was nothing in the box, saying, “I have made fools of the whole of you, and all I want is to get Martin Harris’s money away from him.” This witness also stated that Joseph had already got two or three hundred dollars from Martin by his persuasion.

Next came Mrs. Harris’s affidavit, in which she stated that Joseph Smith had but one principal object in view, and that was to defraud her husband in such a way as to induce him to give up all his property into Smith’s hands. She said that she did not believe that Joseph Smith had ever been in possession of the gold plates which he talked so much about, and that his pretensions were altogether unreal.

The magistrate then forbade the introduction of any more witnesses until he heard Mr. Harris’s testimony. Mr. Harris, being duly sworn, testified with boldness, decision, and energy to a few simple facts. When he rose he raised his hand to heaven and said, “I can swear that Joseph Smith never got one dollar from me since God made me. I did once voluntarily, of my own free will and accord, put fifty dollars into his hands before many witnesses, for the purpose of doing the work of the Lord. This I can pointedly prove, and I can tell you, furthermore, that Joseph has certainly never shown any disposition to get any man’s money without giving him a reasonable compensation for the same in return. And as to the plates which he professes to have, gentlemen, if you do not believe it but continue to resist the truth, it will one day be the means of damning your souls.”[vi]

The judge then told them they need not call any more of their witnesses, but ordered them to bring him what had been written of the testimony already given. This he tore in pieces before their eyes and told them to go home about their business and trouble him no more with such ridiculous folly. They returned home, abashed and confounded, hanging down their heads with shame and confusion.

[i] This date appears to be incorrect, as Joseph moved to Fayette, New York, with David Whitmer, on or about June 1, 1829.

[ii] It is indicated by Mother Smith later in this chapter that Lucy Harris was willing to have Joseph brought from Pennsylvania by the law if need be, so this suit could have been filed sometime in May, or as late as early June, 1829 (see Bushman, Beginnings, p. 224).

[iii] Shortly before this time, Joseph had received a revelation concerning those who wanted to see the gold plates: “Behold, if they will not believe my words, they would not believe you, my servant Joseph, if it were possible that you should show them all these things which I have committed unto you. Oh, this unbelieving and stiffnecked generation-mine anger is kindled against them. Behold, verily I say unto you, I have reserved those things which I have entrusted unto you, my servant Joseph, for a wise purpose in me, and it shall be made known unto future generations; but this generation shall have my word through you.” (D&C 5: 7-10.)

[iv] Lyman Cowdery, it will be remembered, was Oliver Cowdery’s brother.

[v] Brigham Young gave us some idea of the future Joseph would face with lawsuits: “Joseph, our Prophet, was hunted and driven, arrested and persecuted, and although no law was ever made in these United States that would bear against him, for he never broke a law, yet to my certain knowledge he was defendant in forty-six lawsuits” (in JD 14:199, June 3, 1871).

I am aware there are some missing affidavits surrounding the matter of some property concerning Mrs. Harris and the Prophet. For example, index of property deeds is available but actual books missing from the dates in questions at County office. I have a hunch these are among documents in basement of County Clerk and not Historian office (all of historians records from basement were moved to new location recently). We need to pray for a softening of the heart of the County Clerk in Lyons for interest in searching through his records in his basement, which have not been accessed by special acquisitions group from the Church as of yet. To have these documents could put to rest once and for all, those dealings between Mrs Harris and the Prophet. I have an ancestor whose property deeds are also among these---the only book missing from the indexed files. At this time the County Clerk is uninterested and unwilling to have this documentation searched for.

When the light of Truth shines into those dark corners fabricated by naysayers, it reveals the truth and shames the fabrication.