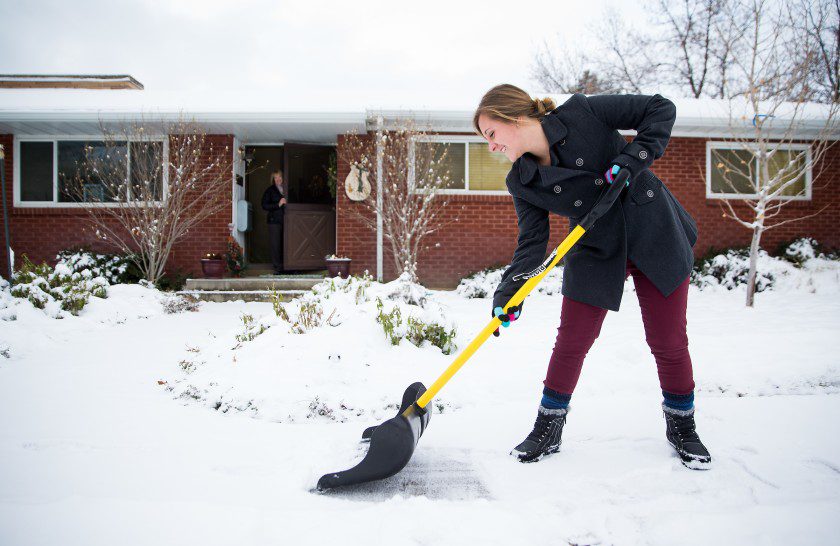 Dropping off a plate of cookies, leaving a kind note, wishing a neighbor a Merry Christmas. These simple holiday traditions lift the spirits of the recipients, but new BYU research shows that such small acts of kindness can also improve the mental health of the giver.

In a study of how people felt before and after serving their neighbors for a period of four weeks, researchers found that things like chatting with someone from the porch or watering their plants lowered participants’ reported levels of loneliness.

“I get tons of people asking me what we can do during the pandemic to try to stay connected and stave off loneliness,” said BYU psychology professor Julianne Holt-Lunstad, who co-led the project. “Conducting this experiment during pandemic conditions—which we didn’t originally plan—we found that people can experience significant reductions in loneliness even in tough times just by doing things that are easy, free and require no training to help the people around them.”

The results were striking: while 10% of participants scored in the “severely lonely” range at the beginning of the experiment, among those randomly assigned to do small acts of kindness that number dropped to 5% by the end of just a month. Among all participants, those who knew at least six neighbors also reported less loneliness, depression, anxiety and financial concern about COVID-19; those who knew more than six neighbors saw even greater mental health benefits.

For the study, Holt-Lunstad and colleagues at other institutions teamed up with the company Nextdoor, which focuses on fostering connections in neighborhoods, to track changes in loneliness after people served their neighbors (in COVID-safe ways) as part of the Nextdoor KIND Challenge. The randomized, controlled trial involved nearly 4,300 participants in the U.S., U.K. and Australia.

Choosing from prompts provided by researchers, the participants were asked to provide physically distanced support for neighbors in four areas: emotional, tangible, informational and belonging.

They could offer emotional support simply by checking in with a neighbor. Examples of tangible support included mowing a neighbor’s lawn or dropping off groceries, while informational support might involve providing a recommendation for a good doctor or a reliable handyman. Participants could foster belonging by cleaning up around the neighborhood or supporting a local business.
The substantial effects of these exchanges among neighbors are a bit surprising, according to Holt-Lunstad.

“Loneliness is usually pretty stable, and we often think it’s going to be really close friends or family that might make the biggest difference. The fact that something as simple as saying hello to your neighbor could make the difference is significant, especially during a pandemic where you might expect loneliness to increase,” she said.

One partial explanation may be that “we draw on different kinds of relationships to fulfill different kinds of needs,” Holt-Lunstad explained. “During the pandemic, our neighbors may be some of the few people we can have face-to-face contact with. But even in normal times, those who live near us are important because we have a shared community and goals.”

Noting that the study didn’t even take into account possible benefits to the recipients of neighborly acts, Holt-Lunstad emphasized that by choosing to care for others around them this Christmas season, people can actually help themselves.

“These small interactions can increase our feeling that we belong, that we’re looking out for each other in times of need, and all of this can in turn help us cope with whatever we might be going through.”