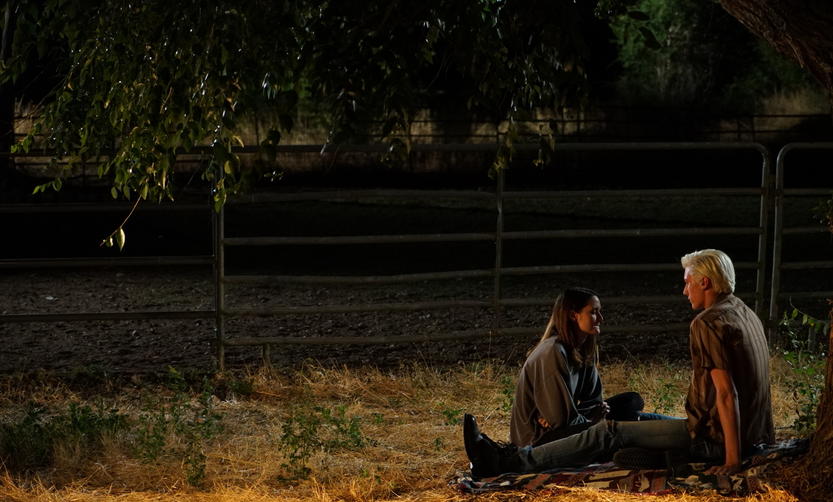 International model and Spanish Fork native Lucky Blue Smith, has risen to acclaim in the fashion world for his distinctive platinum hair and icy blue eyes. But now he’s making his acting debut in a film that is all about finding inner beauty.

Love Everlasting tells the story of a mother and son on the run from an abusive boyfriend and on the search for a better life. They are driving across country to see the ocean when their car breaks down in the tiny town of Greenville, Utah. With no money and no car, they are dependent on the kindness of a mechanic (Shawn Stevens, The Cokeville Miracle) who agrees to let them stay in his trailer until they can get back on their feet.

Helen (Emily Procter, CSI: Miami) takes a job at a diner and her teenage son, Bridger (Lucky Blue Smith) enrolls in the local high school. He is immediately singled out by a viscous bully, who has also targeted Clover (Christie Burke, The Twilight Saga), the shy and traumatized daughter of the mechanic who has taken them in.

Clover and Bridger soon strike up a friendship which grows in affection and acceptance as they begin to recognize the scars each bears.

The film is, in many ways, Utah’s take on a Nicholas Sparks tale. It runs the risk of being predictable, but is elevated by the lead performances. There is something very raw and fresh about some of the young couple’s interactions. Their relationship becomes believable in its sloppiness and optimism. And if you can suspend some of your everyday pessimism in honor of Valentine’s Day, then you too can believe that a couple so young could have a Love Everlasting.

Lucky Blue believes it can happen that way. He told me, “you run into people in your life that you’re supposed to run into…it’s not a matter of age. It’s a matter of connecting with a person and knowing you both are on the same page. I think it can happen, I really do.”