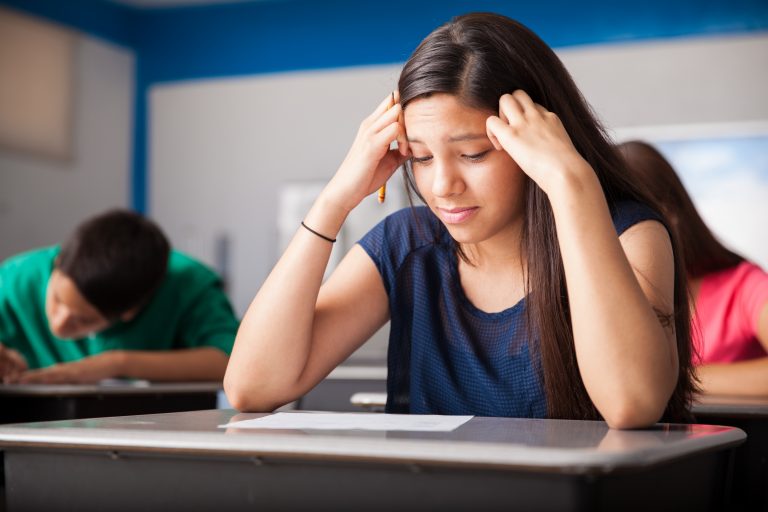 I think we have all had those dreams, the ones where we aren’t prepared for something important. Back in my high school and college days, when I was in athletics, I had them a lot. I would dream we went to an away football game, and when we got there, I realized I had forgotten my pads, helmet, and everything.

I would usually have my jersey. We always wore that to school the day of the game to remind everyone to come cheer for us. But all of the essential stuff was missing.

The same would be true with wrestling. I would dream I was at a big tournament and had forgotten my wrestling clothes. I was forced to wrestle in my regular clothes, which were not flexible and were hard to move in. Likewise, during track season, I would dream all I had were my big work boots and clothes that were heavy enough I felt like I was dressed in knightly armor.

The strange thing about these dreams was that no one else noticed. In football, the coach would put me into play as if nothing was amiss. I would line up across from the opposing linemen with all their gear, helmets, and pads. I would think to myself in the dream, “This isn’t going to end well.” But then, just as the ball was hiked, and we surged forward toward one another, I woke up. I think it was my brain’s way of saving me from destruction.

Though the dreams are less frequent than when I was participating in sports, they still come occasionally. But probably the type of dream that occurred the most, and still does, has to do with college classes.

I was in a meeting at the university where I work, and the speaker was an engineer. He talked of just such a dream. He said he was working through his degree, and it was getting toward the end of his last semester when he realized he had totally forgotten about a class. By the grins on people’s faces, it was easy to see he was not alone in this type of dream. I know I have had them many times.

The speaker continued on to say that in his dream, it was a class outside his major, one that he had to pass to graduate, but also one he knew nothing about. He rushed to prepare for the final coming up, hoping it would allow him to pass. He went to everyone he knew that was in the class, and they didn’t seem to know anything. When I have dreamed these types of dreams, the other students had also forgotten they had the class, but they didn’t seem to care. I was the only one who was concerned.

He said in his dream, try as he might, he couldn’t find out anything. My dreams were always similar. The professor couldn’t be found, the book was in a language I didn’t understand, and all the tutors were on vacation. I dreamed that in utter desperation, I decided to attempt the final. Maybe it would be multiple choice or something, and I could at least guess.

I would sit down to take the test, and my heart would be pounding. When word came to turn the test over and start, to my dismay, I found the test was also in a foreign language and all answers were essay questions. That would be when my brain would wake me, saving me from total failure.

As the speaker shared his similar dreams, I looked around the hall, and just about everyone was smiling. The experience, though perhaps somewhat different for each of us, was something we all related to. But then, as he finished, he looked out over all those college students and grinned.

“And all of you young people here today are just living the dream.”