Linus, We Need You | Meridian Magazine 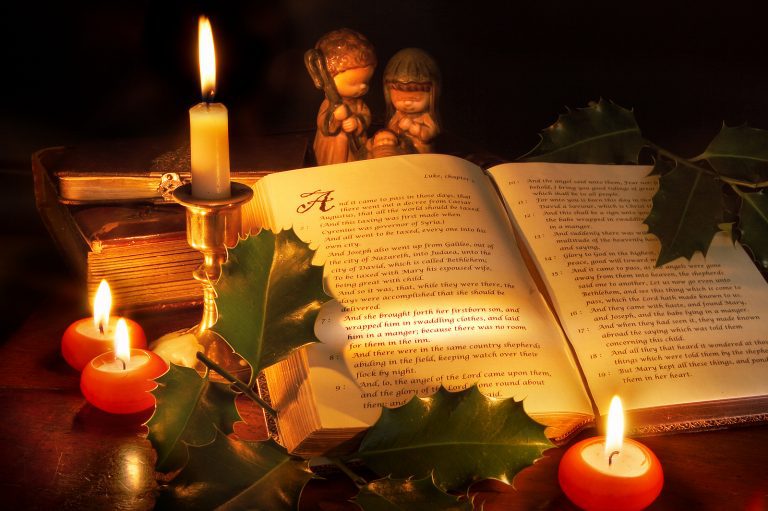 Linus, We Need You

Linus’ recitation reverses the over-commercialization of Christmas Charlie Brown had bemoaned throughout the movie. But Linus’ religious climax was not always in the plans. The behind-the-scenes story of creator Charles Schultz’s disagreement with the network executives has become nearly as legendary as the film itself.  When Schultz presented the original script to CBS, many were concerned about reciting the Bible in a primetime special. Schultz replied, “Well if we don’t do it, who will?” Schultz prevailed, and the film aired becoming the most-watched Christmas special of all time, winning an Emmy along the way.

Considering that the story decries the secularization of Christmas, CBS’s hesitation for including the true meaning of Christmas feels sadly fitting. Each year Christmas seems to grow increasingly secular. Our cultural talking heads have declared “No reason for the season,” “Christmas is a commercial holiday,” and “Nobody needs Christ at Christmas.”  Are these dire prognoses accurate? Have Christians lost the fight for the heart of Christmas?

Every year it seems a new doomsday prophecy of Christmas decline shoots up the New York Times Bestseller list.

And a recent poll suggests maybe they’ve got the story partly right. More people want stores to say “Happy Holidays” than “Merry Christmas,” more Americans than ever before are celebrating Christmas as a non-religious holiday, and more Americans watch Christmas movies than Christmas religious services.

But the story the poll paints of religion and Christmas is a bit more complicated. Americans want to hear happy holidays not because they aren’t celebrating Christmas, or attempting to ostracize their Christian neighbors, but rather because they’re trying to make sure that none of their neighbors feels ostracized, even those of minority faiths.

And all those people who aren’t attending church on Christmas? They’re not attending church any other time of the year either. In fact, the percentage of people in the survey who call Christmas a religious holiday is (not coincidentally) almost identical to the percent of Americans who are Christian. At the same time, nearly ninety percent of Americans believe the story of Christmas reaffirms faith in Jesus Christ, regardless of whether or not they are practicing Christians themselves.

Perhaps the war on Christmas isn’t something to be terribly worried about. In fact, the secularization of Christmas is as old as Christmas itself, since Christmas only began being celebrated as a means of preserving a pagan Roman holiday. And early church fathers bemoaned that the Romans kept celebrating Christmas in the same depraved manner they had celebrated the previous pagan holiday.

Harriet Beacher Stowe complained about the stress of getting a Christmas gift for everyone on her list—in 1834! Yet despite the long history of these holiday complaints, Christmas is still celebrated and is so popular that we refer to it not just as a holiday but the holiday.

If Christmas is still our preeminent national holiday, why the annual complaints? Perhaps people are surprised at the way Christmas is celebrated so publicly. Since the 1950s, it seems that public displays of Christianity are increasingly less acceptable. Yet legally, Christian displays, including Christmas nativity scenes, are allowed anywhere any public displays are allowed.

If there are not as many displays of Christianity in public at Christmas, I would argue it’s no deplorable government conspiracy.  It’s because we as Christians aren’t putting them there.

This year presents a unique opportunity for unity among those celebrating a variety of holidays, as well as an opportunity for followers of Jesus to celebrate Christmas passionately in the public square.

Charlie Brown and Lucy were supposed to be putting on an entirely secular Christmas program. It included Jingle Bells and dancing instead of nativity scenes. The main concern was that the Christmas tree was too small. Linus, bothered by this, stepped up and on center stage, he presented to their program audience, and by extension to the fifty percent of American televisions turned to the program, what Christmas was really about.

Linus stood up to Lucy, and Charles Shultz stood up to secular network executives. But you know what? No one stopped either of them, and they declared the religious message around Christmas. We need more people like Linus who shrugged off the naysayers, and went ahead to simply share his faith in Jesus Christ. What public actions are we taking to make Christmas religious in our own lives this season?

In my view, we need less false outrage from people concerned that being wished Happy Holidays while purchasing their big-screen TV represents a “war on Christmas.” If you’re among those who worry Christmas is losing its sacred quality, then let’s open our mouths in our homes, in our chapels, and in the public square to proclaim the good news of the birth and divinity of Jesus Christ.

That’s the only way to combat any real or perceived war on Christmas.

Thankyou for your astute observations in this timely article! I whole-heartedly agree. Let's just focus on the Savior, proclaim the good news and celebrate!

While Linus was reciting the Christmas story, his security blanket was not In his hand,, but dropped to the ground beside him. While focused on Christ, he did not need his blanket. There is a message there for each of us.