#LightTheWorld: When a Christmas Card from an Old Friend Answered a Fervent Prayer | Meridian Magazine 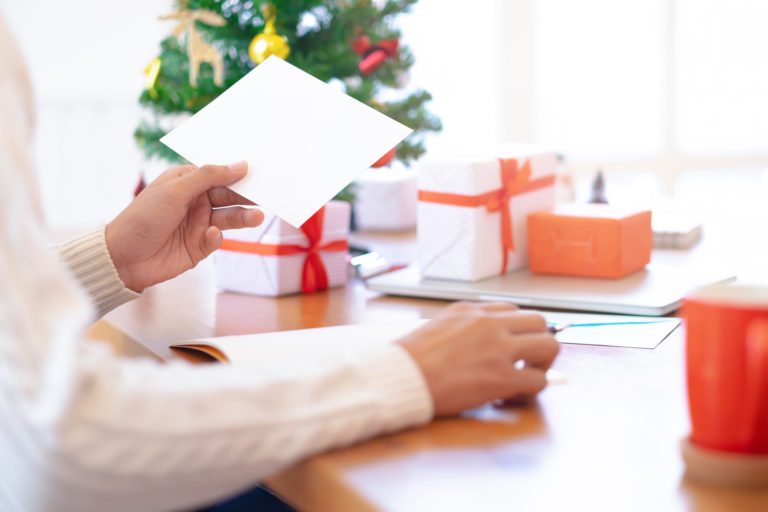 #LightTheWorld: When a Christmas Card from an Old Friend Answered a Fervent Prayer

The Christmas of 1982 was destined to be a sparse one for the Smith family and many others in our ward in Grand Forks, although there was a pervasive sense of warmth in that ward located in one of the coldest cities in America, at a time when North Dakota was experiencing an economic recession. Put simply, most members were struggling to provide a nice dinner and a few meager presents for their families. Some, sadly, were much worse off.

Our ever-attentive Relief Society President had discovered a family – a single mother and two daughters – who could not even pay their heating bill. In Ward Council, she urged the Bishopric to visit this needy family. We did so and discovered that their heat was about to be turned off. As a young Bishop, I knew we could help with the heating through fast offerings, which were quite generous for such a poor ward. We left, however, with a lingering feeling that more should be done, but we lacked the capacity to do much.

Not long thereafter, as I was kneeling and offering prayers that included our Ward Family, I pled with that the Lord might, if it was consonant with His will, make a way for us to provide a bit more for some of our members during the Christmas season. I was surprised by how quickly and effectively He responded.

That afternoon, I received a completely unexpected card in the mail from a friend, who had graduated from the Wharton School of Business at the same time I graduated from the law school at the University of Pennsylvania. That friend of a few months had found my address and sent a Christmas card in which he included a note that simply said, “I felt you needed this,” and a check for $500. My heart was full, and I confess that my hands were shaking.

I knelt and broke the $500 dollars into 10 shares, one and sometimes two shares for needy members of the ward.  The names came quickly. I do not remember all the names of those who received checks that made a major difference in their lives that Christmas season, but I do remember the single mother and her two daughters. We gave them two shares, which included a turkey and all the fixings with a little left over for some small gifts. Their reaction shocked me. As they investigated that box filled with food for a wonderful Christmas meal, the mother exclaimed, “I know a really poor family we can share this dinner with.” They did so, in a manner that fully captured the true spirit of Christmas, and the other family started to take the discussions and were soon baptized.

As I reflected this morning on that Christmas 37 years ago, I thought how much better off we are today and determined to give $500 in shares to families in need. Once again, within moments after I inquired as to who should receive those shares, the Lord responded with specificity. We are excited, as a family, to deliver those shares, knowing that a Christmas shared is the best Christmas of all.

Rodney K. Smith, a grandfather of twenty-seven, with number twenty-eight on the way, who has learned that Christmas is a wonderful season, especially when we share it with our neighbors.

Another "best Christmas story" that brought on some tears! Thank you for giving us a great idea!