Lessons from the Restoration: "If it be of God, ye cannot overthrow it" | Meridian Magazine 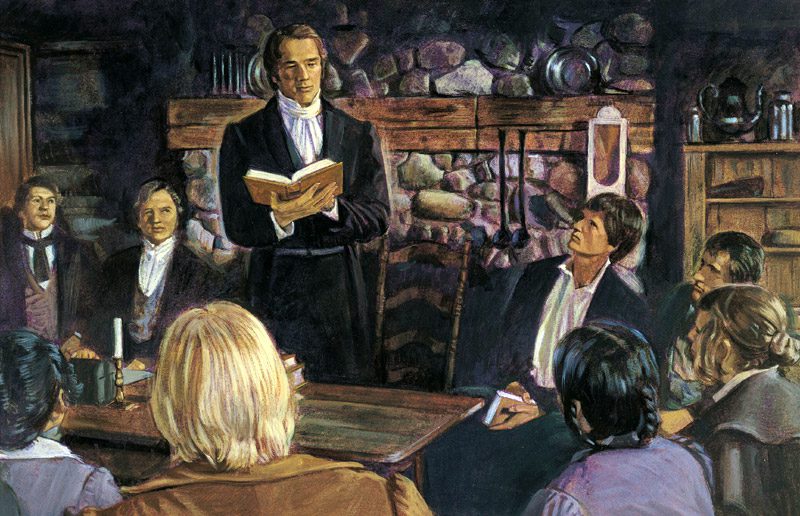 Lessons from the Restoration: “If it be of God, ye cannot overthrow it”

From the moment Joseph Smith first announced his encounter with Diety, he was surrounded by scoffers.  Skeptics smirked about the stories of visions and plates and angels.  Many were certain that they could hear the funeral bells of this movement ringing before it had really come to life.  Some, inspired by dark and satanic motives, tried to hasten its demise.  All of them might have done well to listen to the words of Gamaliel to the council when they began to make plans to slay Peter and John:

And now I say unto you, Refrain from these men, and let them alone: for if this counsel or this work be of men, it will come to nought: But if it be of God, ye cannot overthrow it; lest haply ye be found even to fight against God. (Acts 5:38- 39).

It seems clear that in those early days of the restoration, no one lacking the spirit of prophecy could have predicted what would become of this church and its leaders and its scriptures.  The following article comes from the OHIO ATLAS and Lorain County Gazette, published in Elyria, Ohio, on Thursday December 6, 1832.

As a curiosity, we have carefully examined the Golden Bible, and pronounce it not even “a cunningly devised fable,” Every page bears the impress of its human authorship. Though free from vulgar obscenities, it is an absurd collection of dull, stupid and foolishly improbable stories, which no person, unless under the influence of powerfully excited feelings can mistake for truth and inspiration. — With its authors, the Book of Mormon cannot survive this generation. The next will remember it, only to smile at the credulity of the present.

I confess to a bit of smirking myself.  The person who wrote this piece certainly had not “carefully examined” the book.  It is hard to imagine that someone could get so many things wrong in so few words. As for the affirmation that the “Book of Mormon cannot survive this generation” . . . has anyone read the OHIO ATLAS and Lorain County Gazette recently?  But 115,000,000 copies of the Book of Mormon have been printed, and it is still being read.

Let me add one other example of the dearth of prophetic power among our detractors:

When he completed his term as Illinois’ chief executive, [Thomas Ford] spent a year writing the book, A History of Illinois. In that book he called Joseph Smith

“the most successful imposter in modern times; a man who though ignorant and coarse, had some great natural parts, which fitted him for temporary success, but which were so obscured and counteracted by the inherent corruption and vices of his nature that he never could succeed in establishing a system of policy which looked to permanent success in the future.” (A History of Illinois, p. 354, Emphasis added.)

It is hard to know what Ford would designate “permanent success,” but perhaps the “system of policy” called the Church of Jesus Christ of Latter-day Saints would qualify.

Yes, Interesting isn't it that Joseph's antagonists or succeeding attackers of the Church are no longer in existence or are long forgotten