Lesson 5: "Hearken to the Truth and Give Heed Unto It" | Meridian Magazine 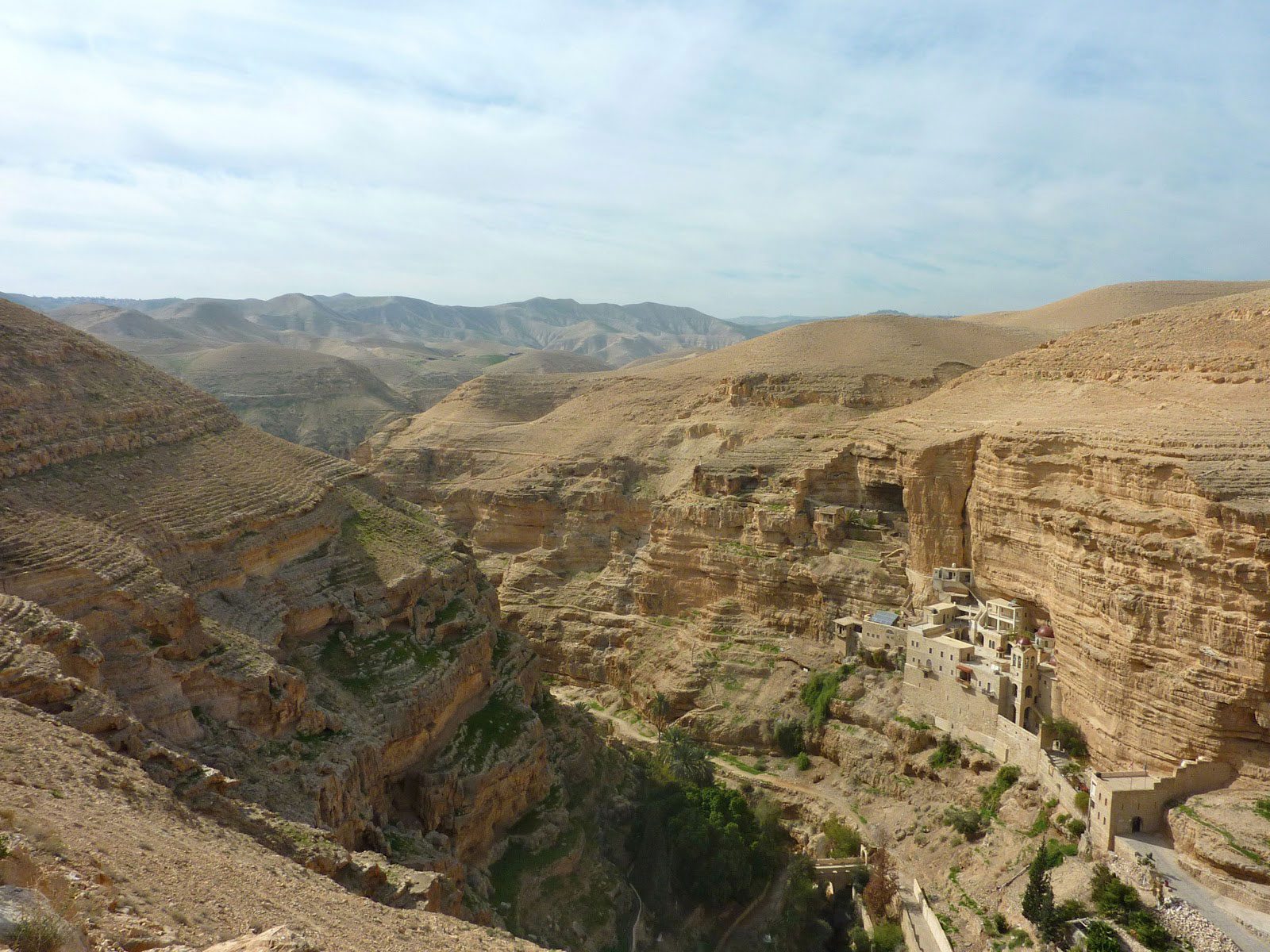 Lesson 5: “Hearken to the Truth and Give Heed Unto It”

Image via Book of Mormon Central.

Most of this article was taken from Light from the Dust, A Photographic Exploration into the Ancient World of the Book of Mormon by Scot Facer Proctor and Maurine Jensen Proctor, published by Deseret Book.

The Wilderness Journey
The wilderness journey by its very nature is grueling, pitting travelers against nature, themselves, and the limits of endurance. Most interesting, it is an archetype in scripture which follows this pattern: A city or nation has become corrupt and is about to be destroyed for its unrighteousness. Prophets come to warn the people that destruction is imminent unless they repent. Before the sword falls and the world collapses, the righteous are removed with an invitation to journey to a promised land where they will be able to build a higher, finer society based on God’s laws. They leave their home– which represents the world– behind but must first travel through the wilderness before they arrive at the promised land. On this journey, they are led by a prophet figure who actively seeks God’s guidance. In fact, his times of special revelation often come on high mountains. This divine guidance is a complete necessity because the wilderness is dangerous and taxing, the way unsure, without the protection and direction of the Lord. Yet, however miserable the wilderness journey is, it plays a critical role in spiritual development. For Nephi, Moses, or anyone on the spiritual path, the underlying truth is the same. We cannot be candidates for the promised land until we have been purged in the wilderness.

Something happens in the dust, heat, and tribulation that forever shapes us and clarifies our thinking so that we can see the true nature of things. We come to understand that our supposed sense of self-sufficiency is a sham, and that we are utterly dependent on the Lord. We have no food until He shows us where to look, no direction unless He points the way. Nephi told his brothers how the children of Israel were led: “According to his word he did lead them; and according to his word he did do all things for them; and there was not any thing done save it were by his word”(1 Nephi 17:31).

It is our neediness that turns us to Christ. The atonement is only a beautiful abstraction until we feel the anguish and pain not only of sin but also of the misery attendant to mortality that Christ is willing to lift from us. As has been said, “For the happy man, prayer is only a jumble of words until the day when sorrow comes to explain to him the sublime language by means of which he speaks to God.”(1) This dependence on the Lord does not mean that we are robbed of power or agency. Indeed, no one on the trip was asked to do more than Nephi-he obtained the plates, made a bow, foraged for food, scrambled to mountaintops to pray, made plates and built a ship. Yet he intimately came to know that all he could do was not enough, for “it is by grace that we are saved, after all we can do”(2 Nephi 25:23). In the wilderness, when the righteous come face to face with their limitations, they see that God is there to take up the slack.

The wilderness, then, not only proves humanity; it also proves the Lord, showing that He is as good as His word, that He can be trusted, that His loving arms are continually outstretched. “Ye shall know,” said the Lord, “that it is by me that ye are led” (1 Nephi 17:13).

Lehi and his family took the wilderness journey, but so did Moses and the Children of Israel. When Alma and his people left the courts of King Noah, they, too, took a wilderness journey. On the microcosmic level each life is a wilderness journey where we are tested and purged in sometimes difficult conditions in order to prepare us for the promised land. In one form or another, the wilderness journey seems to be a necessary part of spiritual progress.
The brightness of the afternoon sun is nearly obliterated during this sandstorm in the Arabian peninsula near the borders of the Red Sea.

Conditions of Lehi’s Journey
The twenty-five hundred miles of Lehi’s wilderness journey from Jerusalem to the Arabian Sea took eight years. This means the group probably stopped several times for long encampments and the growing of crops. Sariah gave birth to both Jacob and Joseph in this forsaken emptiness.

Today, the desert people in this same region, the Bedouins camp for ten to twelve days in a spot until the area is so soiled by the animals that the fleas and flies become unbearable. Then the Bedouins move on. However, Lehi’s family probably stayed at Nahom for a much longer time, mourning Ishmael and preparing for the next leg of the journey which probably skirted the worst, most forbidding desert of the world, the Empty Quarter, whose first recorded crossing in modern times was not until 1928. This is likely the place where Nephi said they waded through much affliction.

If they had traveled too far south of the Empty Quarter deeper into Sheba’s more hospitable clime, they would have been in more populated areas. Yet this was dangerous. Why? “The Arab tribes are in a state of almost perpetual war against each other…To surprise the enemy by a sudden attack, and to plunder a camp, are chief objects of both parties…Raiding to them is the spice of life.”(2) Any approaching party would be viewed with wary suspicion. Perhaps because of this danger, the Lord did not allow them to make much fire, whose light or smoke in night or day could have been spotted for many miles across the vast waste by alert enemies.

Edging the Empty Quarter, then, each day would be depressingly like the last. Progress would be slow, perhaps with scouting parties sent ahead in Bedouin fashion. Traveling, the group would have been silent, moody, not given to the talk that would cause thirst. The differences between them might have been magnified in the boiling heat and erupted into violent anger in their camps.

Contrast of Nephi and Laman and Lemuel
Nephi and his brothers Laman and Lemuel lived through the same eight years in the wilderness, ate the same food, stopped at the same camps, saw the same scenery. Yet if ever a controlled environment showed the stark contrasts between fragile and stalwart faith, this was it. Nephi was the picture of constancy; neither hunger nor pain could remove his sense of the Lord’s love and direction. He explained, “I know in whom I have trusted” (2 Nephi 4:19)

Laman and Lemuel, however, were tossed with every wind because they knew not the Lord and therefore could not trust Him. Nothing was more important, more telling and pressing upon them than their fears, their envyings, the comforts of Jerusalem, the arm of flesh. Consequently, they could believe, but they could not hold to their belief. When Nephi brought food after making a new bow, they “did humble themselves before the Lord, and did give thanks unto him” (1 Nephi 16:32). Yet, when Ishmael died, they lost faith again. Nephi pleaded with them, read to them from the plates of brass, and showed them how the Lord had blessed them, but Laman and Lemuel had no memory. A miracle or blessing one day did not stay with them the next-and they were completely miserable for this deficiency.

Nephi summed up his feelings: “And so great were the blessings of the Lord upon us,…our women did give plenty of suck for their children, and were strong, yea, even like unto the men: and they began to bear their journeyings without murmurings…And if it so be that the children of men keep the commandments of God he doth nourish them, and strengthen them, and provide means whereby they can accomplish the thing which he has commanded them.” (1 Nephi 17:2-3) For their part Laman and Lemuel had only this whine: “We have wandered in the wilderness for these many years; and our women have toiled, being big with child; and they have borne children in the wilderness and suffered all things, save it were death; and it would have been better that they had died before they came out of Jerusalem than to have suffered these afflictions. Behold, these many years we have suffered in the wilderness, which time we might have enjoyed our possessions and the land of our inheritance; yea, and we might have been happy”(1 Nephi 17:20,22). Can they really be talking of the same experience? Laman and Lemuel were always at a disadvantage in the fire of affliction because they knew not the dealings of that God who had created them.

"The brightness of the afternoon sun is nearly obliterated during this sandstorm in the Arabian peninsula near the borders of the Red Sea". AMAZING sentence! Beautiful writing. Thanks for this. great article