Lesson 34: "How Could You Have Forgotten Your God?" Helaman 6-12 | Meridian Magazine 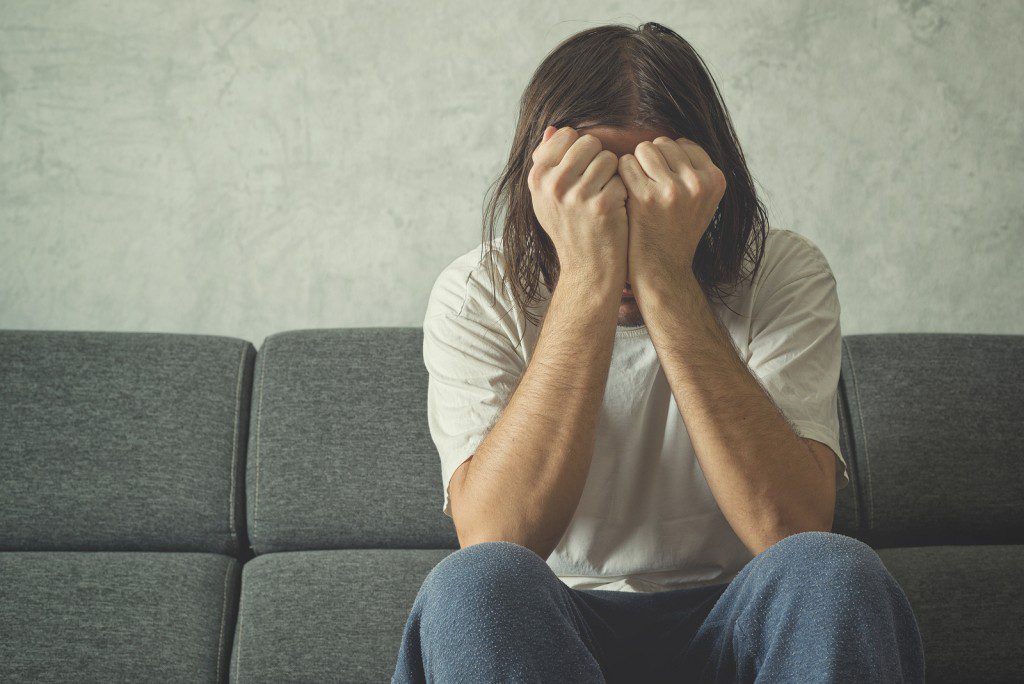 Imagine that an advertising agency has the Adversary as a client. The only product Satan has to offer is “misery.” Obviously, there is not going to be much of a market for this product — who wants to suffer misery, either in this life, or in the eternities to come? But, surprisingly, the misery the Adversary has to offer has been made to look appealing and even desirable. Today’s lesson, Helaman 6-12, can help us recognize the cycle that leads from righteousness to misery, and learn how to avoid the fate of the Nephites.

A Social Role Reversal
At this point in Book of Mormon history (29 B.C.), a social role-reversal occurred when a significant group of Lamanites became righteous and the Nephites become wicked. A Lamanite prophet named Samuel was called by the Lord to preach repentance to the Nephites (Helaman 13). What was it that led the Lamanites to become more righteous than ever before?

Mormon observed that it was because of their “firmness and their steadiness in the faith” (Hela. 6:13) and because the Lord had poured out His Spirit upon them “because of their easiness and willingness to believe in his words” (6:36). The Nephites, on the other hand, had “become hardened and impenitent and grossly wicked, insomuch that they did reject the word of God and all the preaching and prophesying which did come among them” (6:2).

This points to an important Gospel principle. Light and darkness cannot exist in the human soul simultaneously. Any time the light of the Spirit is present, darkness has to flee. Even the smallest candle in the corner of a room dispels darkness throughout the entire room. The closer we draw to the light of the Spirit, the more power we have over darkness. The Savior declared “I am the light of the world: he that followeth me shall not walk in darkness, but shall have the light of life.” (John 8:12).

Ignoring the Light
To ignore the light of Christ, the light of His gospel, or the light of the Spirit is fatal. We can receive as much light as we are willing to receive and grow from grace to grace (see D&C 93:12-13). The Lord is willing to pour out his Spirit on any group or individual “because of their easiness and willingness to believe in his words” (Helaman 5:35-36). But if an individual or group turns away from the light, they will begin to:

– show ingratitude to God for blessings and set their hearts upon their riches (6:17)

– commit sins and crimes because of their covetous desires (6:17-31)

We might think we’re immune from such wholesale apostasy today, but Mormon reminds us that “all these iniquities did come unto [the Nephites] in the space of not many years” (6:32 and 7:6), resulting in “great sorrow and lamentation” (6:33). Losing the Spirit has always led to cultural and intellectual degeneracy (see Joseph Fielding Smith, The Progress of Man, pp. 199-200). In the Book of Mormon we have seen whole societies rise and fall dramatically in just a few short years (see Alma 1-4 and Helaman 1-5). The Spirit withdraws because of wickedness and the hardness of hearts (Helaman 5:35) and the result is that people begin to “dwindle in unbelief and grow in wickedness and abominations” (Hela. 6:34).

Drawing Near the Spirit
But it is important to remember that the opposite is also true. Those who draw near the Spirit can be blessed. It was King Benjamin who reminded us of the blessings that flow from obedience to the light: “And moreover, I would desire that ye should consider on the blessed and happy state of those that keep the commandments of God. For behold, they are blessed in all things, both temporal and spiritual; and if they hold out faithful to the end they are received into heaven, that thereby they may dwell with God in a state of never-ending happiness. O remember, remember that these things are true; for the Lord God hath spoken it.” (Mosiah 2:41.)

Regardless of how far away from the light we have strayed, God always invites us to return (see Mormon 9:16-18, Ether 9:34-35). The door is always open: “Behold, he sendeth an invitation unto all men, for the arms of mercy are extended towards them, and he saith: Repent, and I will receive you.” (Alma 5:33.) We can rekindle the candle of the Lord (the light within our souls) despite the overwhelming challenges we may face. President J. Reuben Clark said,

“Every human being is born with the light of faith kindled in his heart as on an altar, and that light burns and the Lord sees that it burns, during the period before we are accountable. When accountability comes, then each of us determines how we shall feed and care for that light. If we shall live righteously that light will glow until it suffuses the whole body, giving to it health and strength and spiritual light as well as bodily health. If we shall live unrighteously, that light will dwindle and finally almost flicker out. Yet it is my hope and my belief that the Lord never permits the light of faith wholly to be extinguished in any human heart, however faint the light may glow. The Lord has provided that there shall still be there a spark which, with teaching, with the spirit of righteousness, with love, with tenderness, with example, with living the gospel, shall brighten and glow again, however darkened the mind may have been. And if we shall fail so to reach those among us of our own whose faith has dwindled low, we shall fail in one of the main things which the Lord expects at our hands.” (In Conference Report, Oct. 1936, p. 114.)

The Impact of Righteousness
It was precisely this kind of spiritual rebirth that filled the Lamanites with charity (the pure love of God) and caused them to send missionaries to teach the Nephites of faith and repentance (Helaman 6:5). They preached “with power and authority” (6:6) and caused a complete change in their society (6:6-9). They preached so powerfully that even the Gadianton robbers who heard them were converted to the Lord (6:37).

A Single Individual
When a large group of people become righteous, it can obviously have an impact on society as a whole. But how much influence can a single individual have? Helaman chapters 7-12 answer that question with the example of Nephi, the son of Helaman.

Almost single-handedly, Nephi preached with such power and spirituality that his whole nation began to turn their hearts back to God. He testified that they had forgotten God and were seeking more after gain and the praise of men (Hela. 7:20-21; compare D&C 121:35). He warned them of their pride and arrogance (7:23-24) and testified boldly of their sins (8:4). But he also pled with them to look to Christ and be saved (8:14-15). The impact of his example and teachings caused many to repent and come to Christ (9:39-41).

Because of Nephi’s “unwearyingness” in declaring God’s word among his people, the Lord blessed Nephi “forever” (10:4-5). He gave him the keys of the sealing power so that anything Nephi sealed up on earth would be sealed in heaven (10:6-7). Nephi was not only able to preach with power, but he was able to use the Lord’s power to stop wars and cause the people to hear his message (Hela. 11). As quickly as the people showed true humility and repentance, the Lord began to bless them (Hela. 11:11-12.)

Why was the Prophet Nephi such an effective servant of the Lord? And why did the Lord pour out His Spirit so abundantly upon Nephi? Because Nephi’s only motive was to do God’s will, to keep God’s commandments, and to bless his people (Hela. 10:4-6, 12, 17). In the final chapter of this block of scripture (Hela. 12), Mormon observes that the Nephites once again returned to their wickedness because of their “ease, and their exceedingly great prosperity” (12:2-3). He notes that these people simply did “not desire that the Lord their God, who [had] created them, should rule and reign over them; notwithstanding his great goodness and his mercy towards them” (12:6). Mormon desired with all his heart “that all men might be saved” but realized that some would, in the end, choose not to have eternal life (12:25).

The Nephite Disease
This is one of the great warnings in the Book of Mormon to those who live in the latter days. Dr. Hugh W. Nibley described it this way: “What we read about in the Book of Mormon is the ‘Nephite Disease’ –and we have it!…We can be most grateful, therefore, regardless of how sick others may be, that God in the Book of Mormon has diagnosed our sickness for our special benefit, and prescribed a cure for us….Plainly it is meant for us, as it reminds us many times; it is the story of what happened to the Nephites–and we are the Nephites: ‘…it must needs be that the riches of the earth are mine to give; but beware of pride, lest ye become as the Nephites of old.’ (DC 38:39). There it is in a nutshell; it is the fate of the Nephites, not of the Lamanites, Greeks, or Chinese, that concerns us; and that doom was brought on them by pride which in turn was engendered by the riches of this earth.” (Since Cumorah, 1967, p. 390-91.)

President Brigham Young expressed his fears that the riches of the world would canker the souls of his people in our own dispensation, when he said: “The worst fear I have about this people is that they will get rich in this country, forget God and His people, wax fat, and kick themselves out of the Church and go to hell. This people will stand mobbing, robbing, poverty, and all manner of persecution and be true. But my greatest fear is that they cannot stand wealth.” (See Elder Spencer W. Kimball, The Miracle of Forgiveness, p.48.)

Mormon gave us this sobering conclusion to these chapters: “And thus we see that except the Lord doth chasten his people….they will not remember him.” (Hela. 12:3.) So the great question for us is, Will we – who have been so blessed and surfeited with so many things — remain humble and remember God? Or will we turn away from Him and depend upon our own strength and riches? The message of the Book of Mormon is clear, no individual and no nation can save themselves. Without God’s help we have no chance for eternal life. All the world has to offer, Mormon notes, is misery (12:26). But by coming unto Christ and living His Gospel, we can have “everlasting life” (12:26).

Insightful analysis Br. Marsh. I especially enjoyed how you developed themes from the scriptures and then silhouetted them over the words of latter day prophets. But I can't give you all the credit since Mormon noticed the same theme and inserted his chapter 12 right into the middle of Helaman's text. You have a great mentor, right?