Lesson 11: "The Field is White Already to Harvest" | Meridian Magazine 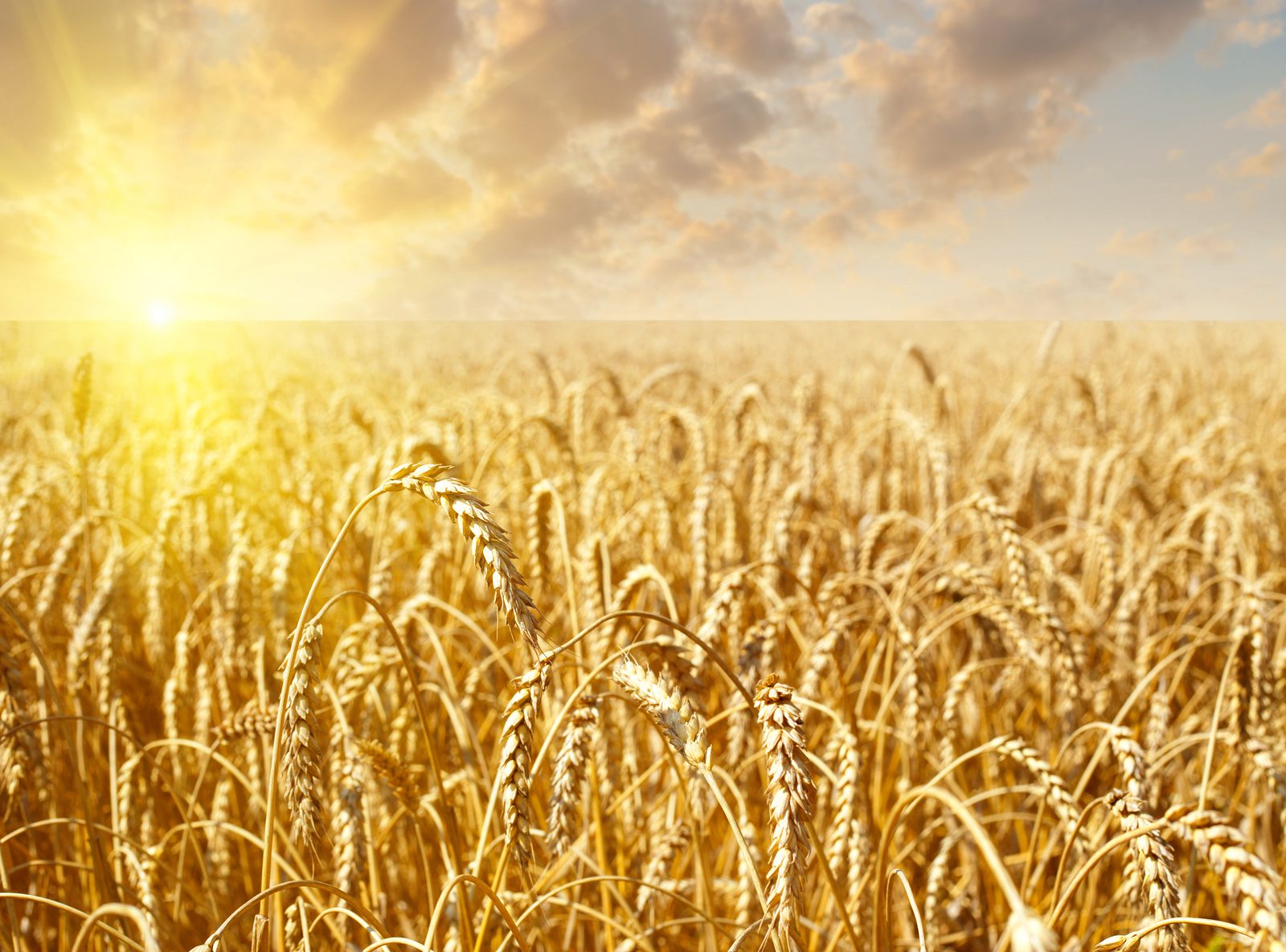 Lesson 11: “The Field is White Already to Harvest”

“Remember the worth of souls is great in the eyes of God” (D&C 18:10). It is from this premise that this entire lesson flows. The people who surround us, who work with us, take our parking spots, look tired and sometimes frustrated; the people who don’t live up to our expectations, who don’t regard what we believe, who trample our feelings, who live next door, who stand in line with us at the grocery store-everyone is an incalculably precious soul in the eyes of God. He knows them intimately and completely. They carry his attributes in embryo. None of us are surrounded by mere mortals. We walk with eternal souls whose potential-if we could but understand it-is staggering.

This is why missionary work is so critically important in God’s plan. He wants his precious children to access his covenants and be born again to a new life. He wants to offer them an abundance of joy, and as members of the Church, it is both our special privilege and responsibility to offer the saving knowledge of the gospel to those souls of great worth who are all about us. To refuse to do it is like withholding food in a land of famine or having the water of life and turning from someone thick-tongued, dehydrated, and thirsty.

We, who live in a world where vital tasks and screaming urgencies compete for every moment of our time, may sometimes wonder, “What is of most worth? How can I best spend my few years in this mortal sojourn? How can I please my Heavenly Father on whom I rely for my very breath?” These sections make it clear: “And now, behold, I say unto you, that the thing which will be of the most worth unto you will be to declare repentance unto this people, that you may bring souls unto me, that you may rest with them in the kingdom of my Father” (D&C 15:6, 16:6)

God is not speaking just to John or Peter Whitmer in these verses, but to us all. No matter what our circumstances, what is of most worth will be to play a role in bringing the gospel to others.

Yes, we say. But what if I am frightened, tongue-tied, unsuccessful? What if I can’t measure my success in my missionary efforts? The Lord anticipates our hesitations when he advises: “And if it so be that you should labor all your days in crying repentance unto this people, and bring save it be one soul unto me, how great shall be your joy with him in the kingdom of my Father! And now, if your joy will be great with one soul that you have brought unto me into the kingdom of my Father, how great will be your joy if you should bring many souls unto me!(D&C 18:15,16).

How clarifying these statements are in a world where we are surfeited and confused with options. Wherever possible, we invest in the eternal, not the transient. And who is ready to hear the gospel? Probably more than we think. Again the Lord tells us clearly, “For there are many yet on the earth among all sects, parties, and denominations, who are blinded by the subtle craftiness of men, whereby they lie in wait to deceive, and who are only kept from the truth because they know not where to find it-” (D&C 123:12).

The Image of the Field

The image used in several of these sections to convey the importance of missionary work is a field which represents the world. This is not a field newly planted or even a green and growing field, but one that is “white already to harvest” (D&C 4:4, 11:3 etc.). It is like a wheat field that has grown to the point that the heads are heavy with grain and is only awaiting the sickle.

This reminds us of the field Jesus describes in the parable of the wheat and tares (Matthews 13: 24-30). Here, too, souls who respond to the gospel are described as wheat who are gathered by the reapers “into my barn.” The reapers play a critical and blessed role in this image, and who is called to this vital work? Not just a few. Not just the special or gifted or those who hold specific positions in the kingdom. Indeed, not just the full-time missionaries. What qualifies anyone to harvest the field is desire: “whoso desireth to reap let him thrust in his sickle with his might, and reap while the day lasts…yea, whosoever will thrust in his sickle and reap, the same is called of God.” (D&C 11:3) What we lack in life is usually not skill or testimony, but the desire that moves us from ease and apathy to saving action in the lives of others.

Perhaps, in fact, it is the depth of that desire that motivates the enthusiasm to thrust in the sickle and reap with all his might. None of us have to be invited to do missionary work. The invitation was already extended to us. Our calling from before the foundations of this world as those who would be members of the restored Church included a calling to be a missionary and to cry repentance to this generation.

A Handful of People
These revelations in the Doctrine & Covenants came to a world where only a handful of individuals knew the gospel. It was beginning from the valiancy of these few that the gospel has spread today. Wilford Woodruff described the power that moved him when he was called on a mission, “The Spirit of God was upon me like fire shut up in my bones, urging me forward to fill my mission to England.”(1) It certainly took that kind of fire to light testimonies across the world.

Consider two of the missionary stories from the early days of the restoration:

In 1837, “Kirtland was in turmoil as apostasy raged and, not immune from the national economic crisis, the Saints’ banking institution crashed. Even some of Joseph Smith’s immediate friends and closest advisors were turning against him, calling him a fallen prophet. It seemed an unlikely time for Joseph to choose one of his most loyal lieutenants to leave on a mission. Yet in June while Heber C. Kimball was sitting in the Kirtland Temple, the Prophet came to him and said quietly, ‘The Spirit of the Lord has whispered to me, “Let my servant Heber go to England and proclaim my Gospel, and open the door of salvation to that nation”

“Heber, who would have spared no sacrifice for the restored gospel, was staggered by the weight of the call and his own weakness. ‘O Lord,’ he prayed, ‘I am a man of stammering tongue, and altogether unfit for such a work; how can I go to preach in that land, which is so famed throughout Christendom for learning, knowledge and piety; the nursery of religion; and a people whose intelligence is proverbial!’

“He later wrote, ‘The idea of such a mission was almost more than I could bear up under.

I was almost ready to sink under the burden which was placed upon me,’ However, these considerations would not deter him: ‘For the moment, I understood the will of my Heavenly Father, I felt a determination to go at all hazards, believing that He would support me by His almighty power.”(2) Because Heber was willing to thrust in his sickle with all his might, a mighty harvest was realized in England which still blesses the Church today.

Lucius Scovil was another who was willing to thrust in his sickle. He was a baker in Nauvoo in 1846 whose wife died in childbirth just as many of the wagons were pulling out along the street poignantly named the Trail of Tears. He had lost everything when the early Saints were driven from Missouri; “he arrived in Illinois penniless just in time for his family to be stricken with the bilious fever and malaria and his daughter Sarah to be afflicted with the black canker, which ate a hole through her lip, two teeth, and chin. He had worshiped and suffered with the Saints in Nauvoo, and [now], when it was time to go, even as friends were packing out, his wife had died while giving birth to twins, Mary and Martha. Ten days later…the twins died too.

“The grief would delay his trip, but it would take him longer than he might ever have imagined to join the main body of the Saints. By May he was ready to travel, but while making final preparations, on the 6th, he received a mission call to England. It is hard to conceive that in this hour of desperation, with the Church members scattered and homeless, missionaries were still being called, but Lucius was called. He had not gone this far to ignore what the Lord required of him. Thus, he traveled with his remaining family members a few days into the prairie ‘to get their property regulated.’ Having made arrangements for someone to care for them, he blessed them.

Then, leaving them collapsed in tears, he turned back east to go on a mission six thousand miles away, without purse or scrip. ‘This seemed like a painful duty for me to perform,’ said Lucius, ‘to leave my family to go into the wilderness and I to turn and go the other way. It cost all that I had on this earth…[but] I thought it was best to round up my shoulders like a bold soldier of the crop…and assist in rolling forth the Kingdom of God.”(3)

The gospel has rolled forth in these latter days because of those who understood the worth of souls in the eyes of God and were willing to thrust in their sickle with all their might. Can we do any less?