Learning to Give Thanks in Everything | Meridian Magazine 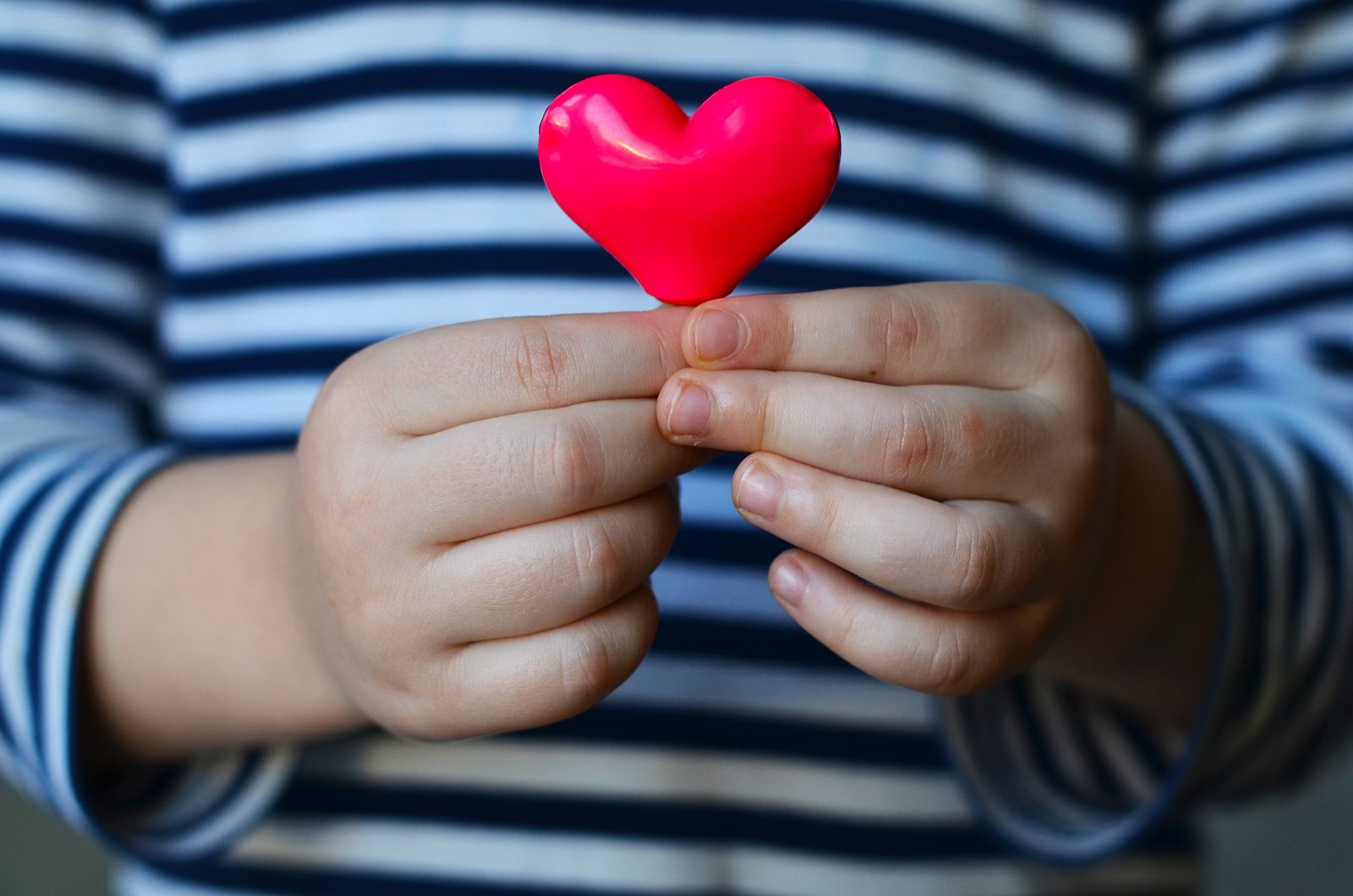 Learning to Give Thanks in Everything

This article is part of an ongoing series on prayer. It was adapted from chapter 6 of the author’s book, Put off Thy Shoes. The book can be found by following the links at tedgibbons.com.

But ye are commanded in all things to ask of God, who giveth liberally; and that which the Spirit testifies unto you even so I would that ye should do in all holiness of heart, walking uprightly before me, considering the end of your salvation, doing all things with prayer and thanksgiving . . .(D&C 46:7.)

“He Did Sing Praises”

The brother of Jared, rejoicing in his experiences with Christ (Ether 3-5), had a sense of gratitude. As he and the Jaredites journeyed across the ocean, sometimes above the water and sometimes below (Ether 6:6-8), this inspired leader and his people did not simply plead for survival; they spent their time in thankful prayer.

Our prayers almost always include gratitude, but often these expressions are memorized sentiments that originate in the mind rather than in the heart. We do not often “sing praises” to the Lord out of a fullness of joy and gratitude. We do not often seek an audience with our Father in Heaven just to say “Thanks.”

Spiritual self-esteem begins with the realization that each new morning is a gift from God. Even the air we breathe is a loving loan from him. He preserves us from day to day and supports us from one moment to another. (see Mosiah 2:21.)

I did not fully appreciate the significance of prayerful greetings until I became a father myself. I am so grateful that our children never gave their mother or dad the silent treatment. Now I sense how our Heavenly Father may appreciate our prayers, morning and night. But I can imagine the pangs of his sorrow because of silence from any of his children. To me, such ingratitude seems comparable to sullen goldfish oblivious to kind providers who sprinkle food in their bowl. Indeed, those who pray can “worship God with exceedingly great joy” (Alma 45:1; Elder Russell M. Nelson, Ensign, Nov. 1986, pp. 68,69.)

This message from Elder Nelson about gratitude is not unlike one shared by Elder A. Theodore Tuttle:

We had spent nearly four years in South America and returned just in time for our eldest son to enter Brigham Young University. Several months after school had begun we received a call–I think it was a collect call–and the conversation proceeded something like this:

“Nothing! Well, why did you call then?”

“Oh, I just wanted to tell you about school. I love it. It’s great. I am glad to be here. I like the place where I live. I like my roommate. I like the professors and I like the spirit here.”

“I don’t need anything.”

“I just called to say `Thank you.’ I am grateful for your helping me to be here.”

Well, there was considerable silence on our end of the line and we muttered something about, “We’re glad you’re happy.” Later that night as his mother and I prayed, we thanked the Lord for a thankful son. The lesson of course came clear to me. I appreciate a son who says, `Thank you’ for things that parents have done, as all parents do. But I am a son also. I have a Father in heaven, who, like me, appreciates a son or a daughter who frequently says, “Thank you.” (The New Era, June 1972, p. 11.)

“Ten Men That Were Lepers”

This is the lesson of the story of the ten lepers in Luke 17.

And as he entered into a certain village, there met him ten men that were lepers, which stood afar off…

They were at the entrance to the village rather than within. Their disease prevented them from close society with any but their own kind. Thus, when they spoke to the Savior, they “stood afar off.”

And they lifted up their voices and said, Jesus, Master, have mercy on us.

And when he saw them, he said unto them, Go shew yourselves unto the priests.

Leviticus 14 gives the laws for the cleansed leper, and the primary requirement was a visit to the priest. Going now became an act of faith, for they were directed to go toward the house of the priest as if they were already healed, trusting the power of the Savior to heal them at a distance. They went.

And it came to pass, that, as they went, they were cleansed.

Visualize this experience. These men who had lived with the reality of their uncleanness found themselves in an instant whole and new. It was as though a terminal cancer had not simply gone into remission but had disappeared in an explosion of ecstasy. Their joy must have transcended expression. Thinking only of a return to their families and loved ones, they sped to the house of the priest.

And one of them, when he saw that he was healed, turned back, and with a loud voice glorified God, and fell down on his face at his feet, giving him thanks . . .

And Jesus answering said, were there not ten cleansed? but where are the nine?

There are not found that returned to give glory to God, save this stranger. (Luke 17:12-18, emphasis added.)

We can understand the emotion driving the nine ex-lepers homeward because most of us would have been with them. But this “stranger” teaches an important lesson. As we enjoy the rewards of God’s goodness, we ought to fall at his feet and give him thanks. The Lord said, “And he who receiveth all things with thankfulness shall be made glorious.” (D&C 78:19.) Not just happy; not just healed. Glorious.

An old legend tells the story of two angels who were sent from the presence of God. Each was given a basket. One was instructed to gather requests and the other to gather thanksgivings. The angel who collected requests came back with a basket stuffed and overflowing. The angel of thanksgivings came back with a basket nearly empty. If these two angels were to listen to you and divide your prayers between them, which of them would fill his basket first?.

My Mother spent much of my childhood on her knees. She was not giving thanks, she was praying for strength. I was trouble with a capital “T.” Dad always said I was the rock-throwingest kid in the history of America, and there were broken windows and cracked windshields enough to prove it. When I discovered that Mom liked flowers, I picked three hundred tulips from the neighbor’s yard and delivered them to her. I shut down a construction company one weekend when I discovered that the workers left the keys with the equipment and added them to my key collection.

Still, I loved the Church and looked forward to my mission. After several months in the field, I wrote home to tell Mom that I had been called to a leadership position. I thought she would be proud. She began her response like this: “When I got your last letter, I began a fast. . . .”

A fast? “Why a fast?” I thought. I wrote home once to tell my mother that I was going to have a routine physical examination. She put my name on the temple prayer roll. Now she had received a letter containing what she should have considered good news, and she fasted! Her letter continued: ” . . . because I wanted to get as close as I could to my Father in Heaven, so that I could tell him how grateful I am for what he has done for you in your life.” She fell on her face at his feet, giving him thanks.

“In Every Thing Give Thanks”

When Ammon saw the Spirit being poured out upon the hitherto ferocious and iniquitous Lamanites, according to his prayers, “He fell upon his knees, and began to pour out his soul in prayer and thanksgiving to God . . . ” (Alma 19:14.)

In our prayers we should pour out our souls in thanksgiving for life and being, for the redeeming sacrifice of the Son of God, for the gospel of salvation, for Joseph Smith and the mighty work of restoration brought to pass through him. We should acknowledge the hand of the Lord in all things and thank him for all things both temporal and spiritual. (The New Era, September 1971, p. 40.)

King Benjamin, in responding to the love and gratitude of his people, said, “If I . . . do merit any thanks from you, O how you ought to thank your heavenly king.” (Mosiah 2:19.)

In our dispensation the Lord has instructed, “Thou shalt thank the Lord thy God in all things.” (D&C 57:7.)

This verse adds an interesting dimension to gratitude. We must do more than give thanks for the good things, the warm and

pleasant blessings, the merciful generosity of God. We must give thanks for everything. Even fleas.

Corrie and Bessie Ten Boom were prisoners in the Ravensbruck Concentration Camp in Nazi Germany. They had a Bible, and in their daily study they read the words of Paul:”In every thing give thanks: for this is the will of God in Christ Jesus concerning you.” (1 Thessalonians 5:18.) On the day that they read that passage, they had been assigned to a new barracks. It was incredibly crowded, impossibly filthy, and it was swarming with fleas. These sisters determined to deal with their despair by thanking God for every possible thing about their new location. Corrie, at Bessie’s urging, took the lead. She thanked the Lord for their being assigned together, for the Bible they had, and for the crowding in the barracks so that Christ’s story could be shared with more people. Then Bessie told her sister to thank God for the fleas.

It seemed absurd, perhaps insane, and probably sacrilegious, but the scripture said “every thing,” and so Corrie stood there in that filthy place and thanked God for fleas.

They soon learned that their barracks offered unusual freedoms to them, more than they had ever known in any other camp or building. They were able to read and teach the Bible to many of those who were with them. Guards and supervisors refused to enter the building. Several days passed before they discovered the reason: the fleas. (The Hiding Place, by Corrie Ten Boom, pp 198-209.) “And in nothing doth man offend God, or against none is his wrath kindled, save those who confess not his hand in all things, and obey not his commandments.” (D&C 59:21,emphasis added.) We must confess his hand, we must acknowledge his goodness. We must continually give thanks.

We must remember in our relationship with our Father that “It is a good thing to give thanks to the Lord, and to sing praises unto [his] name, O Most High: To shew forth [his] lovingkindness in the morning, and [his] faithfulness every night.” (Psalm 92:1,2.)

But in the midst of this cataclysmic destruction we are told what will be mentioned by the faithful.

We probably ought not to wait for his arrival to mention these things, however. We ought to communicate our thankfulness now in our prayers of gratitude.

This article was adapted from chapter 6 of the author’s book, Put off Thy Shoes. The book can be found by following the links at tedgibbons.com.

Thank you for reminding me to always give thanks. Sometimes, especially with the world being so very wicked it is hard. Thank you I needed this message!