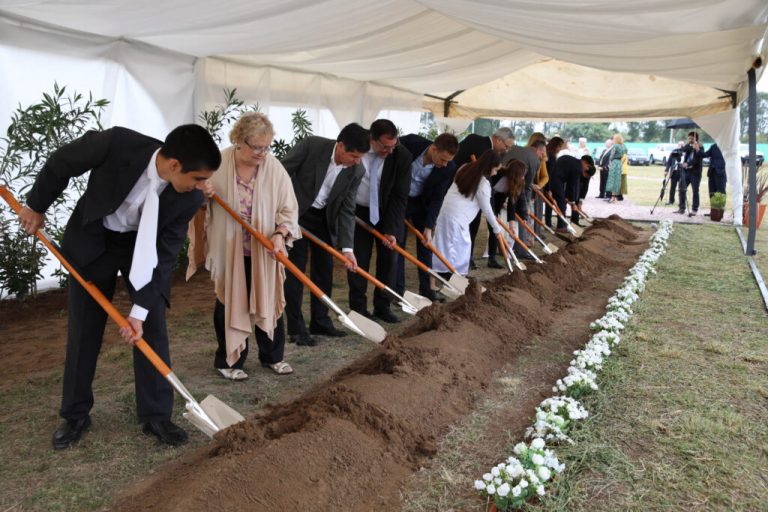 The Bahía Blanca Argentina Temple — the fifth temple of The Church of Jesus Christ of Latter-day Saints in the South America country — has moved into its construction phase, following a Saturday, April 9, groundbreaking ceremony.

Elder Joaquín E. Costa  of the Quorum of the Seventy and second counselor in the Church’s South America South Area presidency, presided at the groundbreaking at the 8.14-acre site at Aldea Romana over Cabrera Avenue.

A number of community members — including local civic leaders — attended the invitation-only event.

“We thank the authorities of the different governments through the many years that the gospel has been shared here,” said Elder Costa, a native of Concordia, Argentina, in the dedicatory prayer over the property and construction process. “We are grateful for the tolerance and openness to receive missionaries, allow construction and provide a safe environment for the restored Church of Jesus Christ to grow in Bahía Blanca and southern Argentina.”

President Russell M. Nelson announced a temple for Bahía Blanca as one of eight locations identified during the April 2020 general conference.

On Feb. 9, 2022, the Church released a site location and exterior rendering for the temple.

According to plans, the single-story temple will be 19,000 square feet. A 25,000-square-foot ancillary building also will be built on the site, providing patron housing and a distribution center.