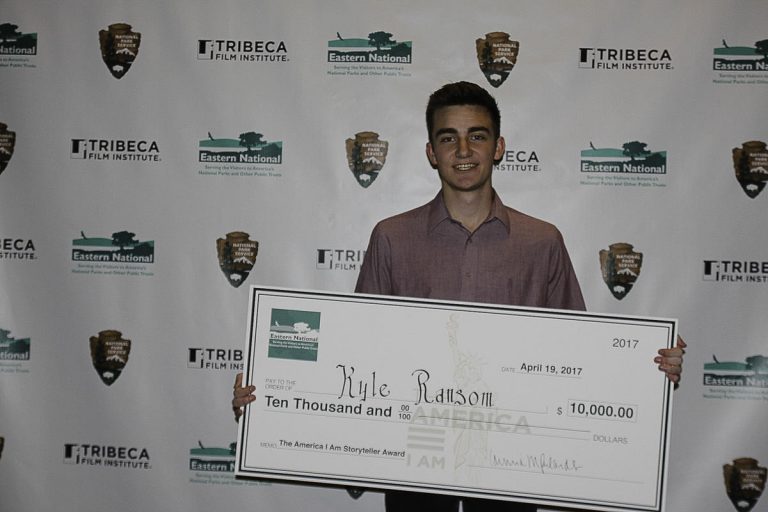 A crazy election season, friends who are immigrants and refugees, and a film hobby all came together to allow an 18-year-old from Logan to win the $10,000 grand prize at a Tribeca Film Festival youth competition this April.

Jurors picked Kyle Ransom out of five finalists from around the United States for his short film “New Frontiers” as a part of the America I Am youth film competition presented by the Tribeca Film Institute and the National Park Service.

The competition asked for films on the American experience that were five minutes or less and were directed, written and/or edited by youths ages 12-19.

Ransom and his older brother had been making films together for about a year when they entered a documentary in the Slamdance Film Festival in Park City in January of this year. It was while at this festival that Ransom first heard about the America I Am competition.

The theme of the Tribeca youth competition was serendipitous for Ransom, who had already been thinking about making a film about the American dream.