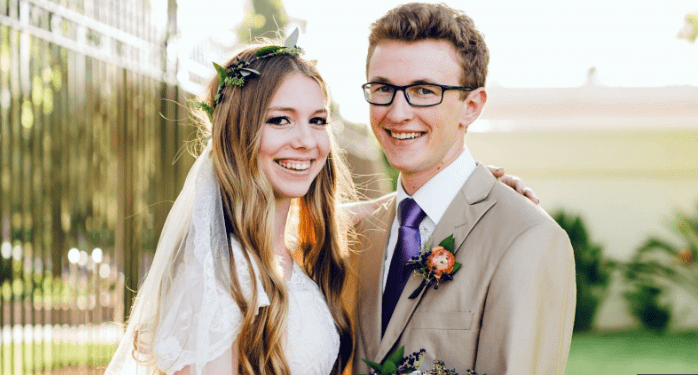 LDS Newlyweds to Be Featured in New Reality Show

When Elder George Alexander ate dinner at the home of Halie Wind while serving as an LDS missionary in Mesa, AZ, he probably didn’t realize it would make him a reality TV star. Of course, he probably didn’t realize a lot of things about that fateful meal, including the fact that his future wife sat across the table. For George, it was just another day as a missionary.

“It was obvious that George was a dedicated, hard-working missionary with a strong testimony,” said Halie’s father, Robert Wind.

So when the Wind family took a vacation to Utah a few months later, they decided to invite the recently-released George Alexander to another dinner. After that second fateful meal, George and Halie spent a lot of time talking and getting to know one another. The rest, as they say, is history.

A few brief months later, George and Halie were engaged. Shortly after announcing their union-to-be on social media, they were contacted by a casting agency. The agency was seeking couples who were getting married at an age many people would consider to be “too young,” and George and Halie fit that bill perfectly.