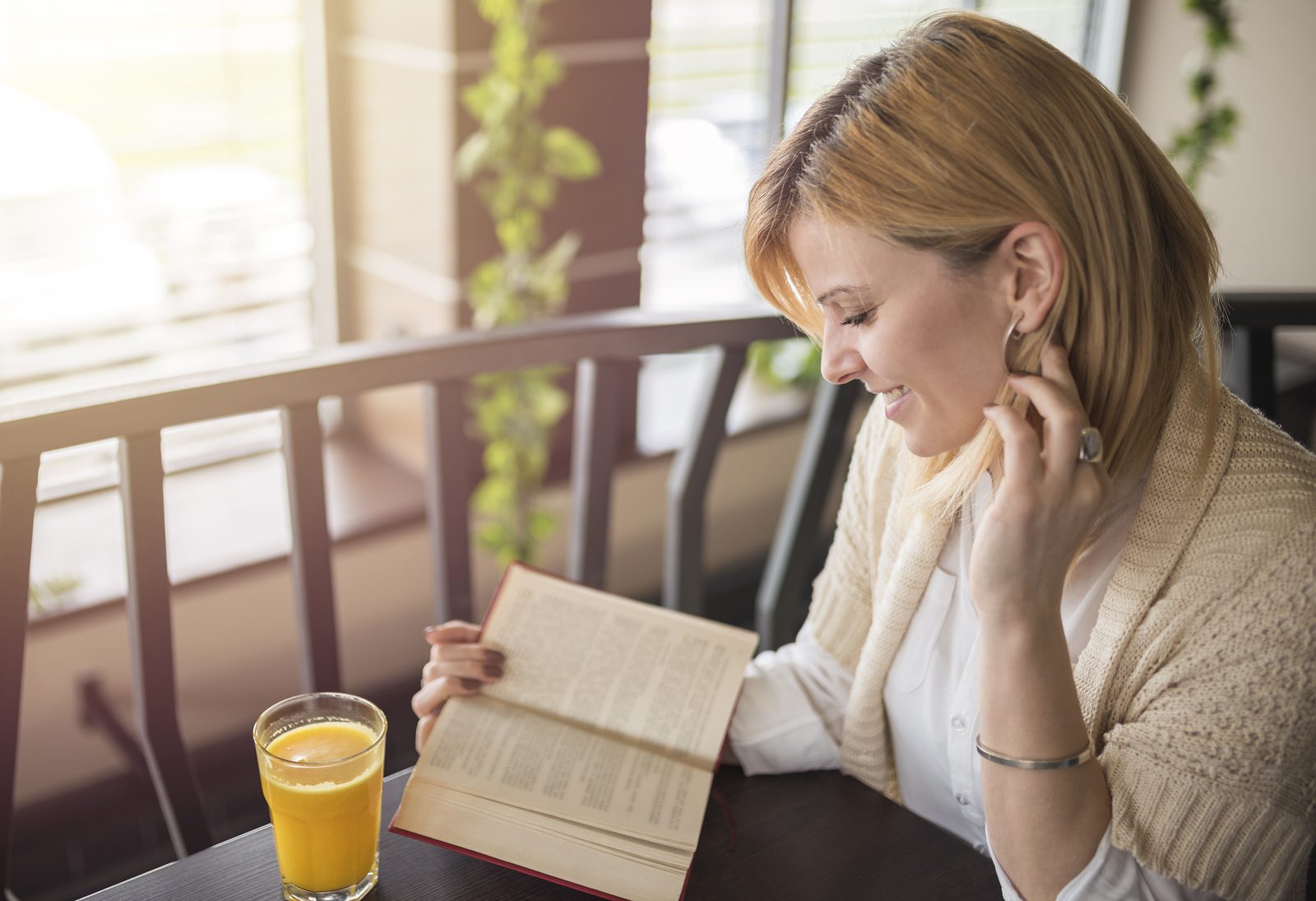 LDS Fiction: Start Your New Year with Some Literary Variety

Today’s column covers three novels, all different genres, different authors, and different publishers. They’re all great for starting the new year with a bit of variety.

Sometimes serving a mission is harder than expected. Though the rewards of service are great, there are times that are extremely difficult for young people. Becca McCulloch in Hermana tells the story of one young woman facing a difficult mission without the support of all of her family. Though some parts of this novel are not as well edited as I would like, I found the overall story rewarding and thought provoking.

Lannie Lewis is the child of a broken home. Her father, who was once active in the Church and even served a mission, betrayed her mother with another woman. After finishing high school, Lannie moved in with him and his girlfriend to save money and hopefully regain the father-daughter relationship of her childhood while she attends music school, an arrangement that doesn’t go well. After two years she feels a need to get away and to strengthen her relationship with Christ. She accepts a call to serve a full-time mission to the people of the Dominican Republic.

Arriving in the Dominican Republic she soon learns a mission is harder than she expected and that some of the sisters or hermana are as difficult to befriend and work with as some of the girls she knew in school. The same is true of the elders, some are helpful and some are bullies with superior attitudes. She just gets comfortable with one area and is transferred to another. She receives a special assignment from the Mission President to play her violin for certain occasions. Finally she is assigned to a small town where she grows deeply attached to the people. Unfortunately she gets too attached to a young man who helps her through several difficult situations.

Disaster strikes in the form of a massive earthquake. As she frantically struggles to help others in spite of her companion’s mental and emotional withdrawal, she again bends the rules which leads to her transfer to a city where conditions and behavior are completely different from her previous assignments to rural areas.

Through learning a different culture, strict mission rules, difficult companions, a major disaster, an unexpected and forbidden romantic attachment, and her alienation from her father, she struggles on, determined to serve others and strengthen her relationship with Christ.

This is the story of a young woman who wants to serve a mission, but has too many unresolved issues in her life for a successful beginning. Her feelings of inadequacy, her resentment of her father’s immorality and lack of regard for her and her brother, and her fierce independence give her a rocky start. Her strong desire to help others and her recognition of her need for a closer relationship with God are her saving graces as she learns and grows. Her love of music and her precious violin open the doors for her to serve and better understand herself and those around her.

The story deals perhaps a little more frankly than is comfortable for some readers with topics such as witchcraft, prostitution, illegitimacy, rape, financial favoritism, and racism which are all real problems in that part of the world. It also shows the tremendous good the Church and its missionaries accomplish there in spite of the many obstacles in the way.

McCulloch has created strong characters, though not all are likable. The plot follows a realistic and predictable arc, and leaves the reader on an optimistic note both for Lannie and for the Dominican people.

Becca McCulloch served a mission to the Dominican Republic. After her return she earned a degree in nutrition and has since worked in southern California with the diverse population there. She is currently a professor at a Utah college. She, her husband, and children live in Northern Utah.

Dr. Raenelle Boyce longs with all her heart to have a child, but her husband, Dr. Fitch Patrick is adamantly opposed. First she tries “forgetting” to take her pills then concludes that method is dishonest. Attempts at persuasion become arguments and contention. Fitch is controlling, lacks trust, and is extremely jealous. His jealousy centers on a recent convert, Aiden, who has been assigned to be one of their ministering brothers and is a little too friendly with his wife in Fitch’s estimation.

Aiden is the grandson of one of Rae’s patients who has severe foot problems related to diabetes. He wants to serve a mission, but can’t leave as long as his grandfather needs his help and care. His hope is that his grandfather’s close friend, an older single woman, and his grandfather will marry and that she will take over his grandfather’s care. He likes Dr. Boyce, Rae, and doesn’t give a thought to how her husband sees his friendly gestures. He has a girlfriend and though the relationship isn’t going well, he hasn’t made any romantic gestures in Rae’s direction.

After the older couple marry, Aiden is free to serve a mission which he does with honor. As Relief Society secretary Rae writes to all of the missionaries from their ward including Aiden. Fitch’s jealousy leads him to read every letter she writes to him. Her desire for a child and his controlling actions and jealousy lead to the couple divorcing. He quickly remarries. His new wife, a former secretary for the clinic where he works, has two children and they promptly have another one together, which hurts Rae further.

Rae and Aiden’s friendship grows after his return and they decide to marry though she has reservations because she’s older than he is. Fitch continues to harass them and both couples have concerns about temple sealings. In spite of their desire for children Rae doesn’t become pregnant. Finally they agree to foster to adopt. Disaster strikes when the group of doctors Fitch is part of are investigated for fraudulent financial practices.

This novel deals with many problems relevant to today’s life questions, values, and part-member families. Portions of the story are brilliantly written, but there are some areas where an obvious solution or side bar is introduced, but goes nowhere. The characters are not all likeable, but they are believable. Several doctrinal questions concerning temple marriage are introduced and handled well. The ending is nice, but not completely realistic. Some readers may be bothered by the information given concerning attempts to become pregnant though these passages are not sexually explicit or lacking in good taste. I’ll admit I was unenthused about the first chapter, but as I got further into the story I found it absorbing and much more interesting. I think most readers will enjoy this very contemporary story.

Elizabeth Petty Bentley is the author of nearly a dozen books. She studied at Vermont College and lives in Maryland.

THE TRUTH ABOUT MISS ASHBOURNE by Joanna Barker

With her mother deceased, her father lost at sea, and no extended family to turn to, Juliana Ashbourne has become a governess. When she loses her position for failure to be the strict, emotionless creature her disagreeable employer demands, she is at a loss to know where to turn for another position. What she really wants is to start a school for girls where they would be taught more than embroidery and the “fine arts” of becoming ladies. At this point she receives notification her grandfather has left her a fortune, but there’s a catch. She must spend a month at the family estate, Havenfield, with her mother’s family, the family who disowned her mother and cut off all contact years ago.

Though she’s reluctant to go to Havenfield, she’s desperate. The inheritance is enough for her to live comfortably and start the school she’s dreamed of, so she determines to meet the demands of her grandfather’s will. When she arrives at the estate she finds her grandmother is anxious to receive forgiveness, an aunt is reserved and distant, and there’s a shy cousin close to her own age. She also finds the distant male relative who inherited the estate is a tease, something she’s not accustomed to. He’s also soon a dear friend and something more.

The characters in this Regency novel are fun and likeable. The dialog is fresh and feels comfortable. The background and setting for the time period have been well researched. The plot moves along at a comfortable pace and builds to a satisfying conclusion. Regency fans will enjoy this one.

Joanna Barker is a California native who now lives in Utah with her husband and two sons. She acquired a degree in English from Brigham Young University and has worked as an acquisitions editor.

THE TRUTH ABOUT MISS ASHBOURNE by Joanna Barker, Published by Covenant Communications, 252 pages, soft cover $16.99. Also available on CD and for eReaders.