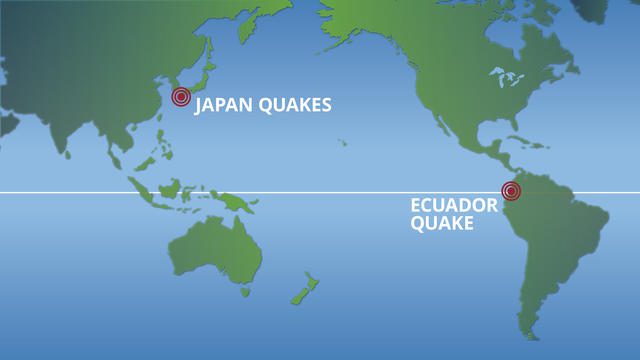 Aftershocks are nothing but smaller earthquakes, but whatever they are called, the earth hasn’t stopped shaking in either Ecuador or Japan in the week since three large quakes struck in three short days.

The two countries are on opposite sides of the Pacific but within the “Ring of Fire,” an earthquake-prone zone that continues to shift. Already, the quakes have killed nearly 600 people in Ecuador and 48 in Japan.

The death toll includes at least 11 members of The Church of Jesus Christ of Latter-day Saints, according to an updated news release issued Thursday.

Southern Japan has suffered more than 680 aftershocks since a magnitude-6.5 earthquake on April 14 and another of magnitude 7.3 on Saturday. More than 10 percent of the aftershocks registered at magnitude 4 or above, including a magnitude 5.5 quake on Tuesday night.