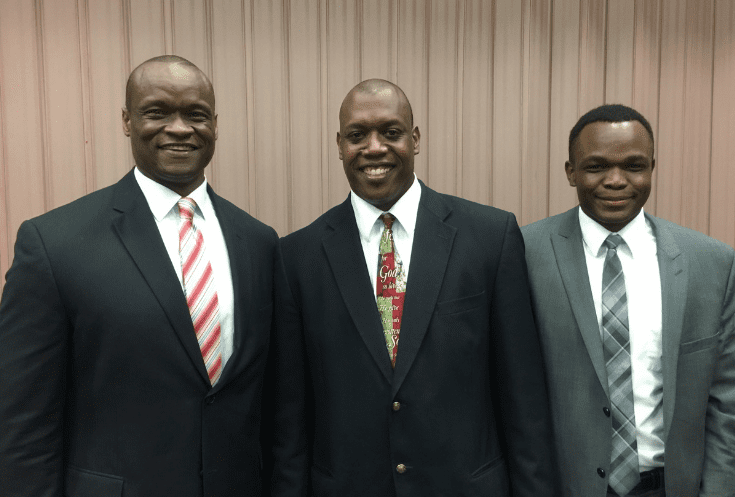 Cover image: The new presidency of the Genesis Group.

Then the group said more goodbyes, as The Church of Jesus Christ of Latter-day Saints released the group’s longstanding president and his counselors and installed a new presidency.

The events marked a momentous start to the year that will mark the 40th anniversary of the revelation that lifted the restriction on priesthood and temple blessings for blacks in the LDS Church.

More than 400 people gave a long, standing ovation Sunday night as President Don Harwell, who led Genesis for 14 years and spent more than 22 years in the group’s presidency, was released by Elder David Warner, an Area Authority Seventy, at a stake center in Cottonwood Heights.