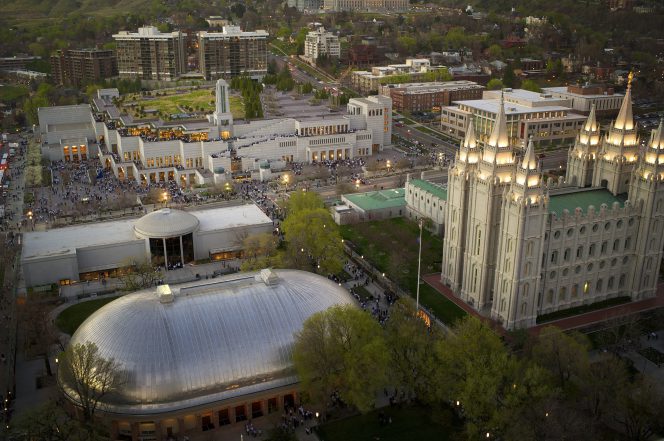 The Church of Jesus Christ of Latter-day Saints has updated its handbook for stake presidents, bishops and other local leaders to add same-sex marriage under its definition of apostasy and therefore as a circumstance that requires the convening of a disciplinary council.

LDS Church spokesman Eric Hawkins said, “Church handbooks are policy and procedural guides for lay leaders who must administer the church in many varied circumstances throughout the world. The Church has long been on record as opposing same-sex marriages. While it respects the law of the land, and acknowledges the right of others to think and act differently, it does not perform or accept same-sex marriage within its membership.”

Though children are not official members of the Church until they are baptized at age 8, a blessing creates a membership record.

The handbook says that “a natural or adopted child of a parent living in a same-gender relationship, whether the couple is married or cohabiting, may be baptized and confirmed, ordained, or recommended for missionary work only as follows:

“A mission president or a stake president may request approval from the Office of the First Presidency, to baptize an confirm, ordain or recommend missionary service for a child of a parent who has lived or is living in a same-gender relationship when he is satisfied by personal interviews that both of the following requirements are met:

“1. The child accepts and is committed to live the teachings and doctrine of the Church, and specifically disavows the practice of same-gender cohabitation and marriage.

“2. The child is of legal age and does not live with a parent who has lived or currently lives in a same-gender cohabitation relationship or marriage.”

I wish l could have put my thoughts as succinctly, Brian. You saved me a lot of time and effort. Thank you.

It would appear that this policy is consistent with the principle that children, who are living in a household where there is significant opposition the the Church, its leadership and its teachings, will not be placed upon the membership records of the Church in any way until any legal and/or spiritual issues can be completely resolved. While I am certain that many will cry "foul" and claim that this is evidence of the Church's open hostility, I believe it is evidence that the Leadership of the Church is sensitive to the needs of all involved - especially the children. I would be insensitive to submit children to the obvious conflicts that occur when living in a home where adversarial feelings or conflicting beliefs towards the Church flourish.