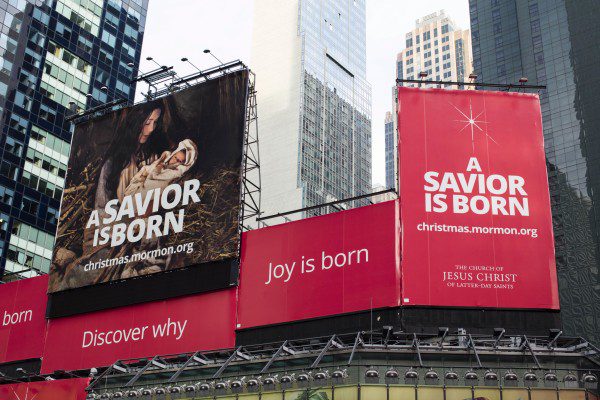 The Church’s “A Savior is Born” Christmas campaign has been named one of the top 10 Christmas ads this season. It has been watched over 17 million times and is surpassing some of the best commercial campaigns in the country.

Advertising Age magazine published a story titled “Walmart Crushes Holiday Video Views, but One Bona Fide Spiritual Message Gets Through Too.” Walmart has the #1 ad, Duracell’s Stars Wars ad came in second, and the Church’s #ASaviorIsBorn campaign is listed at #9.

The article states, “Perhaps the least expected member of the list, in a season dominated by commercial messaging, is a campaign sponsored by the Mormon Church.” The top 10 list is based on the total number of views.

Below is the video A Savior is Born. Learn more about how to share the #ASaviorIsBorn campaign.