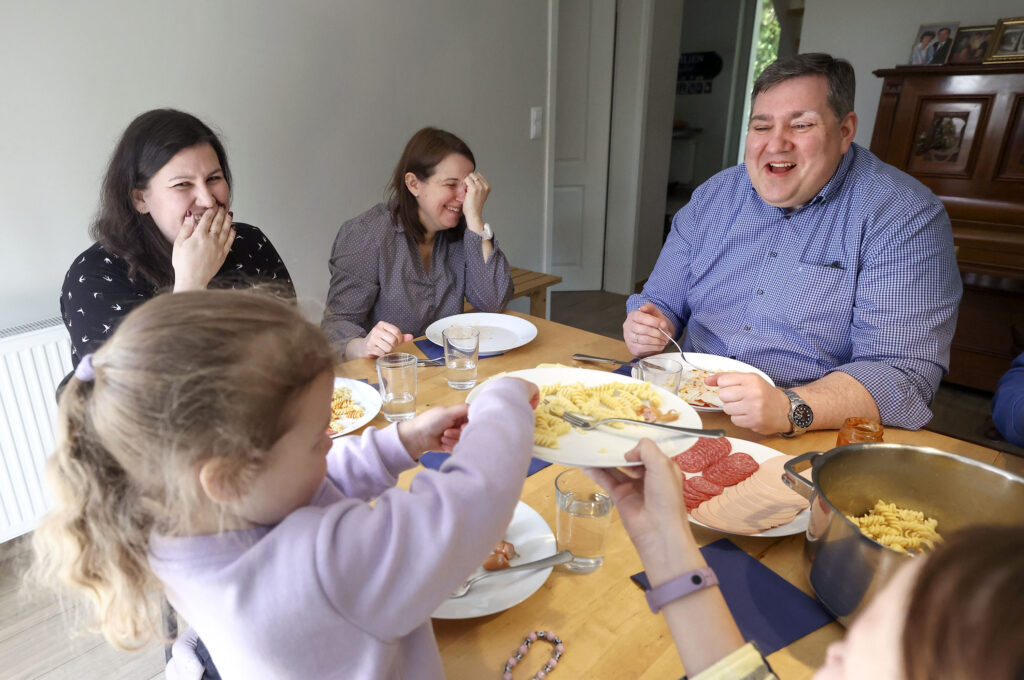 Despite her enthusiasm, the 3-year-old was likely a bit confused. Easter eggs and Easter bunnies were all new to Liia — neither are holiday traditions practiced in her Ukrainian homeland.

Confusion and newness have defined much of the past several weeks this year for young Liia and her two sisters, Dasha and Elsza — along with their mother, Natasha, and Natasha’s sister-in-law, Diana.

The two women and the three girls are counted among the nearly 5 million Ukrainians refugees. “Refugee” is a classification they never wished  for — and one they hope to soon shed. But until it is safe to return to their country, they are living in Berlin.

Every day that Natasha and Diana reside in a German city located almost 1,000 miles away from their native Kyiv is a tough day. They worry about their husband and brother, John. They pray for the safety of loved ones and fellow Latter-day Saints. They watch the news of the day with both trepidation and pride for their compatriots fighting for their freedom.

But the two women are quick to add that they are not alone. They are leaning into the twin companions of the gospel and the support of fellow Latter-day Saints in Berlin who, prior to the ongoing conflict, were foreigners and strangers.

The women are living temporarily with Oliver and Stephanie Berndt and their children. President Berndt is a counselor in the Berlin Germany Stake. Several other Ukrainian families have found similar shelter and shepherding in the residences of Latter-day Saints across Germany and other European nations.