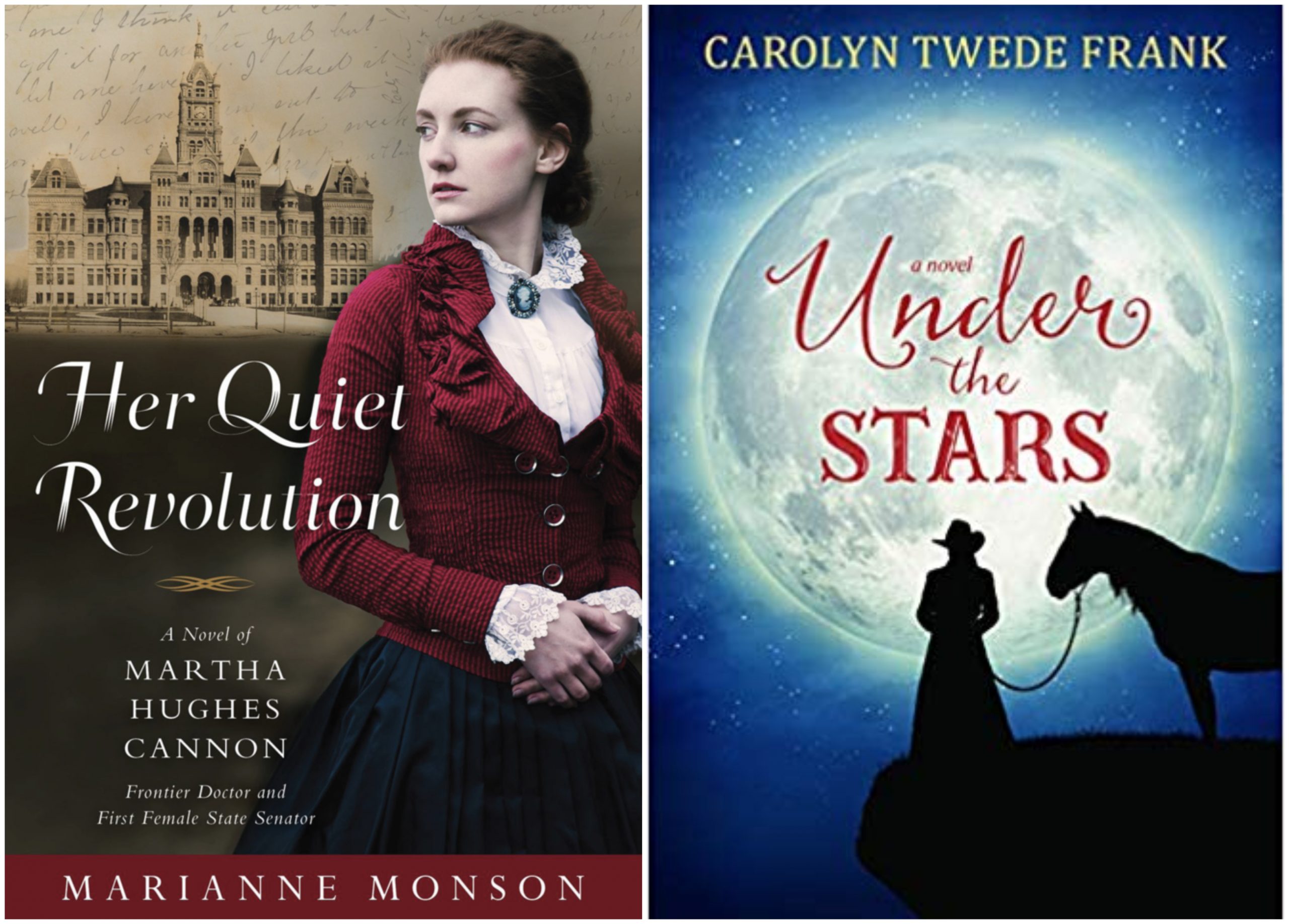 Martha Hughes Cannon was many things; daughter, wife, mother, doctor, Senator, suffragist, and polygamist. Years ago when I worked at the old Chapman Library in Salt Lake City there was a bust of Cannon high on a shelf. She intrigued me and I took advantage of the library’s resources to learn more about this remarkable woman. When I received a copy of Marianne Monson’s new release, Her Quiet Revolution, a fictionalized account of Cannon’s life, I approached it with enthusiasm. I wasn’t disappointed, even though a few points don’t completely agree with my earlier research. This is a very well written story of a woman who sacrificed greatly to broaden women’s opportunities in life.

Martha, or Mattie as she is called in this story, was a small child when her family left Wales. She, her parents, and two sisters traveled by wagon train across the plains of America to Salt Lake. In what is now Wyoming, her little sister died and within days of reaching the Valley her father also passed away. Eventually her mother remarried and more children were added to the family. Mattie had a great relationship with her stepfather and when other girls her age married and had babies, he encouraged her to follow her dreams and continue her studies. Science and medicine particularly fascinated her and with the support of women like Emmaline Wells, she was able to enroll in a medical school in Minnesota, one of the few colleges that accepted women at that time. After graduation she continued her studies at another medical school in Pennsylvania. Turning down an offer of marriage, she returned home to open a private practice, but was soon placed in charge of the new Deseret Hospital.

Even before Mattie went away to school she objected to many of the laws and customs concerning women. Some of her professors and classmates solidified her resentment of those who considered women intellectually inferior to men. She became involved in the suffragette movement. She eventually fell in love with a prominent man who already had three wives. They spent little time together, but eventually he was arrested by federal marshals and spent time in prison. When the marshals learned she was one of his wives, she had to leave her job and go into hiding. Eventually she fled to Europe with her baby to escape arrest.

In time the family was briefly reunited, statehood was granted to the Utah Territory, and the President of the Church divided the people between the two major political parties so each would be represented equally. Mattie and her husband, Angus Cannon, were not only assigned to different parties, but each became a candidate for State Senator. Guess who won!

This story is set during the turbulent last half of the nineteenth century when the Church of Jesus Christ of Latter-day Saints was becoming established in the Rocky Mountains. It was a time when women questioned the limitations placed upon them by society. It was a time, too, when attempts were being made to separate mythology from scientific fact. Both men and women were trying new things, questioning the validity of old customs, and experimenting with new  inventions. Monson does an excellent job of contrasting the newness of Mattie’s home and community in Utah with the centuries old buildings and customs of Wales and England.

The characters in this story are believable; some are likable and some not so much. Both dialog and actions bring them to life. When real people are fictionalized, it’s hard to create a plot line with a lot of surprises. Even without the surprises, Monson builds a strong story that keeps the reader’s attention and finishes with a satisfying conclusion. At the end of the book the author includes excerpts from her research which is fascinating.

Marianne Monson earned her BA in English from BYU, then went on to gain an MA. She also received an MFA from Vermont College of Fine Arts. She has taught English and Creative Writing and is the author of ten books. She specializes in Women’s History. She has two children and lives in Oregon.

UNDER THE STARS by Carolyn Twede Frank

Under the Stars by Carolyn Twede Frank is a Western novel set in Colorado in 1896. Though it is the third volume in a series, it stands alone very well. It, too, is a story dealing with women’s role and their perceived place in society. The author takes a young woman who can rope, ride, and shoot as well, if not better, than her male counterparts and places her in a position where she not only has to compete with men, but must prove to herself, as well as to the man she loves, that she is a woman.

Rosie Decker is employed as a ranch hand, specializing in breaking wild horses, for a large ranch. When one of the ranch hands is murdered, Marshal Hank Walker arrives at the ranch to recruit volunteers to join a posse to search for the killer. Only one man volunteers. He’s a nice man, but not too bright. Rosie volunteers, but is rejected because she’s female. Later in town she discovers there is only one other volunteer, a fourteen-year-old kid. Frustrated, she disguises herself as a man and volunteers again. Two others then join the posse, the elderly sheriff and the hot headed, angry brother of the victim. She soon becomes the marshal’s best recruit until as they’re closing in on the killer, the elderly sheriff is wounded and her mustache falls off. She is banished back to town. Over and over Rosie demonstrates her skill and qualifications for assisting the marshal, but due to losing his mother and sister to outlaws when he was too young to protect them, he stubbornly refuses to accept her filling a “man’s” job.

In spite of Rosie’s difficulty dealing with Hank’s attitude toward “a woman’s role” and Hank’s disapproval of a woman who wears pants and can outshoot and outride most men, they find themselves drawn toward each other. Can they discover the reasons behind their attitudes? Can Rosie permit her feminine side to show without sacrificing her exceptional skills? Can Hank recognize that a woman isn’t defined by what she wears or her skills and talents?

The characters are realistic and fun in this story. Careful attention is given to their thoughts, actions, and dialog. The plot moves at a fast pace and the action keeps the reader absorbed. Though it deals with several serious issues, there are a number of humorous lines and scenes as well. The romance portion of the story is important and handled well without becoming mushy or overpowering the rest of the story. The background is also handled well. The physical background realistically portrays a frontier western settlement of the late nineteenth century with its mixture of mountains, forests, open plains, and small towns where everyone knows everyone. It also portrays western communities where women often took on tasks found unacceptable in the East and in Europe and the mixed feelings men dealt with because of women’s changing roles.

Both male and female readers will enjoy this well-written Western.

Carolyn Twede Frank grew up in Payson, Utah. She graduated from Utah State University with both a BS and MS. She developed her own business, later sold it, and turned to writing historically based novels. She and her husband have five adult children and live in Kaysville, Utah.