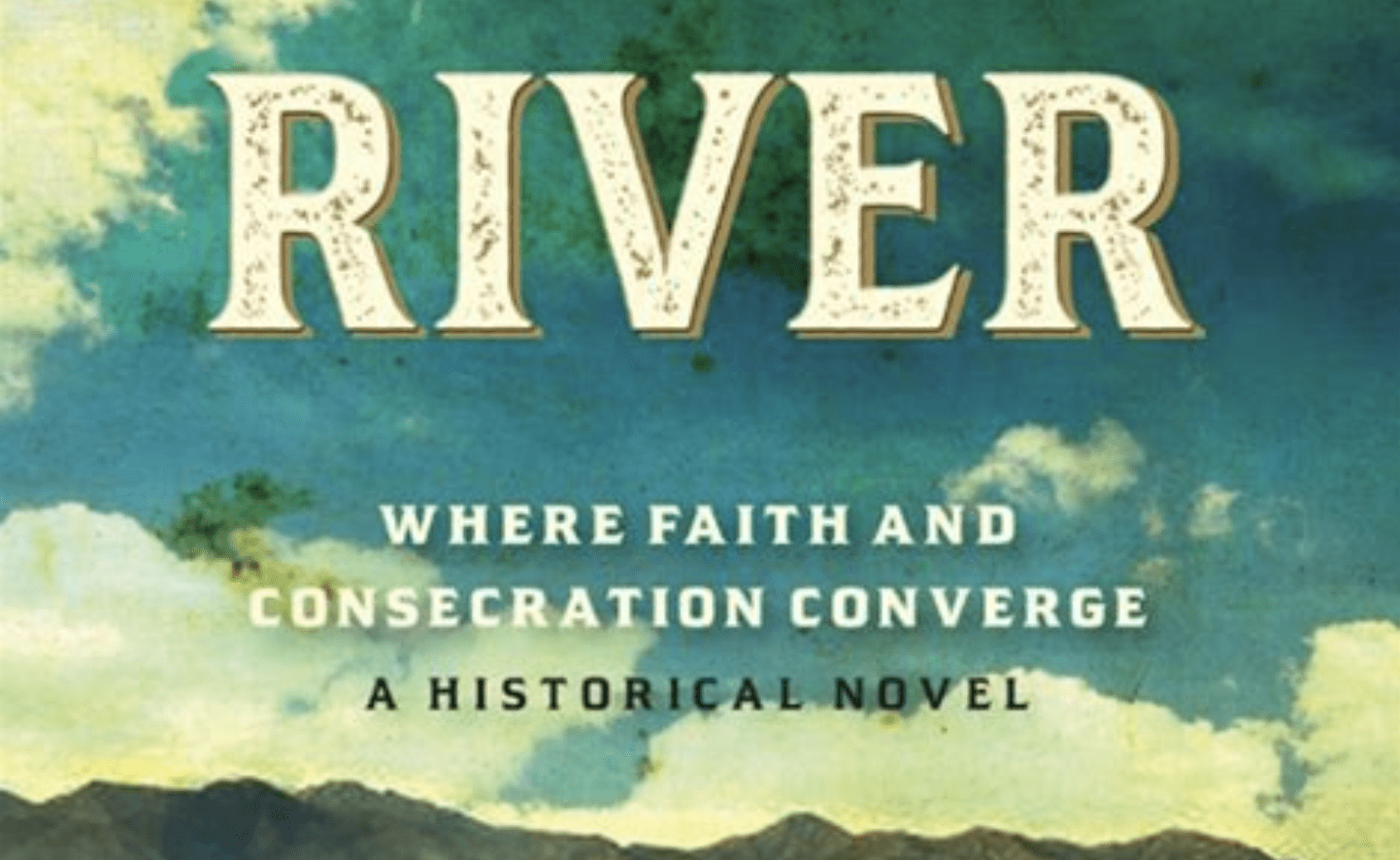 RIVER: Where Faith and Consecration Converge
By Dean Hughes

Following the settlement of the Salt Lake Valley Brigham Young began sending out groups of settlers to establish communities in other parts of Utah and the surrounding states. Those who formed these new communities were called by church leaders, much like missionaries, and considered the calling a sacred obligation. One such settlement was along the Muddy River in eastern Arizona. This group met with tremendous problems and were eventually released to settle elsewhere. Their story was described in Dean Hughes’ Muddy: Where Faith and Polygamy Collide. When they left their homes and the settlement along the Muddy, many of them remained together and went on to settle in a fertile southern Utah valley along a very different river. That’s where River: Where Faith and Consecration Converge begins. Many of the characters are the same in this second volume as in the first. Morgan and Angeline Davis, newlyweds in the first book, continue their story.

Though reluctant to do so, Morgan has taken a second wife, a young widow with a small child. Angeline struggles to accept Ruth, but tries diligently to do so. The young family work to rebuild a tumbled down shack into a home and to raise a crop which they lose most of to crickets. The Davis family and most of the settlers have a difficult winter with little food, but most willingly share the little they have and Morgan augments their diet with fish from the river. The following  summer with a good crop in their fields, a man arrives insisting he has a prior claim to their home and farm. Once more the little family is forced to move and start over. A new house must be built and new land cleared for crops. Soon instructions come from church headquarters for the settlement to adopt a new way of living. All property is to be held in common and they will all work together as one united family for the support of all with no rich or poor among them. Their community adopts a new name, Orderville. In the coming years there are births and a death as the family strives to increase their faith and do all the Lord asks of them. A third wife for Morgan becomes one of the greatest challenges. Eventually other United Order communities fail and it becomes increasingly difficult to maintain their community. Added to their problems is the government’s increasing determination to end polygamy and the threat of jail for those who continue the practice.

Though some of the characters in this story were real people, the major characters, the Davis family particularly, are figments of Hughes’s imagination. They are drawn from multiple diaries, journals, and historical volumes and they certainly feel real. One aspect of these characters that make them believable is their struggle to live a difficult way of life. The reader sees the options and choices they must make which is often between following their faith and a desire to obey God and their own wants and desires. It’s not easy under the circumstances they faced to avoid jealousy, to not want better clothing, furniture, or to just follow their own whims or desires. Polygamy wasn’t easy for any of the parties involved. Neither was dressing like everyone else or being assigned your life’s work. Hughes has had years of experience creating believable characters his readers fall in love with as they will with the Davis family. He makes the choices and decisions his characters make feel like trials the reader must deal with.

The background and setting for this story are handled well and the plot moves at a pace that keeps the reader turning pages. Being a descendant myself of polygamists and familiar with Church history in the last half of the nineteenth century, I didn’t expect a roses and sunshine ending to this story, but I didn’t find the ending unsatisfactory either. The characters face hard times, but they grow spiritually. I particularly liked that Hughes frequently showed the different solutions that ran through the characters’ minds. Sometimes there is more  than one “right” option and the characters don’t always make the best choice, but they don’t lose sight of their commitment to each other or to their desire to serve God. Anyone wishing to gain a better understanding of Church history will enjoy this book.

Dean Hughes has a long list of Best Sellers and many awards to his credit for the many books he has written. He holds a Ph.D from the University of Washington and has attended seminars at both Yale and Stanford Universities. He has taught English at Central Missouri State University and at Brigham Young University. He and his wife are the parents of three adult children and make their home in Utah.