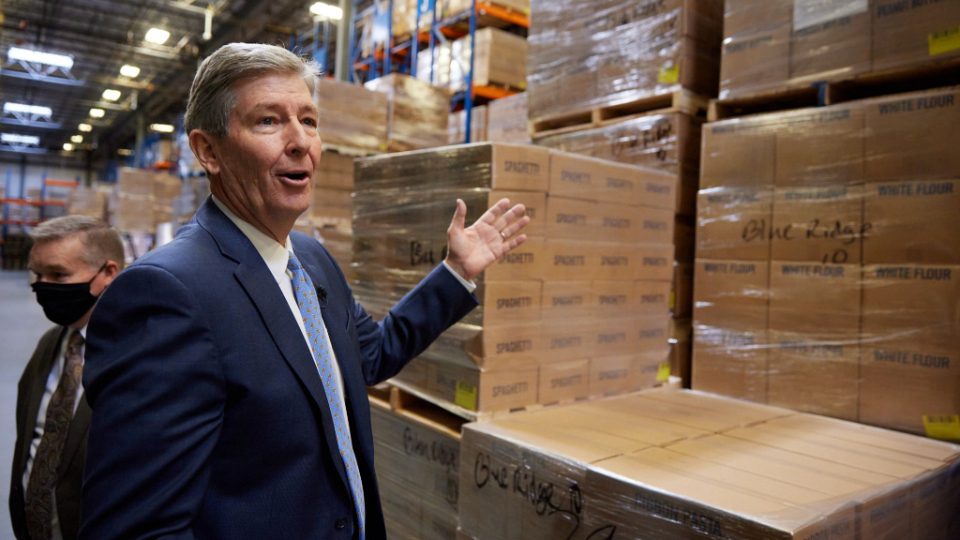 Latter-day Saint Charities, the humanitarian arm of The Church of Jesus Christ of Latter-day Saints, is partnering with the Black 14 Philanthropy to bring 180 tons of food to nine cities throughout the United States to help people in need.

The first of several deliveries to be made between November 16 and November 20, 2020, took place November 16 at Cathedral Home for Children and the University of Wyoming Food Share Pantry. These organizations will then distribute the food to families and students in the greater Laramie area.

The other eight locations to receive food are:

The Black 14 Philanthropy was founded in 2019 by the 11 surviving former members of the 1969 University of Wyoming football team. The squad’s head coach dismissed the group of 14 Black players prior to a game against Church-owned Brigham Young University (BYU) for asking to protest a Church policy that prevented Black men from receiving the priesthood at that time. (The Church’s policy was changed in 1978 and added to the faith’s scriptural canon.) Similar actions had been taken in the previous 12 months by student-athletes at San Jose State University and the University of Texas at El Paso.

“I am overwhelmed by the deliveries currently underway to have a joint cooperative effort to assist those in need,” said Elder Larry Echo Hawk, who was a member of the BYU football team in 1969.

“When you go through something like that, a lot of people get hurt, a lot of organizations get hurt,” says Mel Hamilton, one of the original Black 14.

Some on the BYU side were hurting as well, including Elder Echo Hawk, a Native American who is now an emeritus Church General Authority Seventy (he served from 2012 to 2018). He started the game for BYU on the defensive side of the ball.

“I was one of the few racial minorities on the BYU football team,” Elder Echo Hawk says. “It was a challenging situation for me personally.”

Despite this uncomfortable past, a steady healing is happening as both sides embrace each other in a warm, unifying spirit of forward-thinking goodwill.