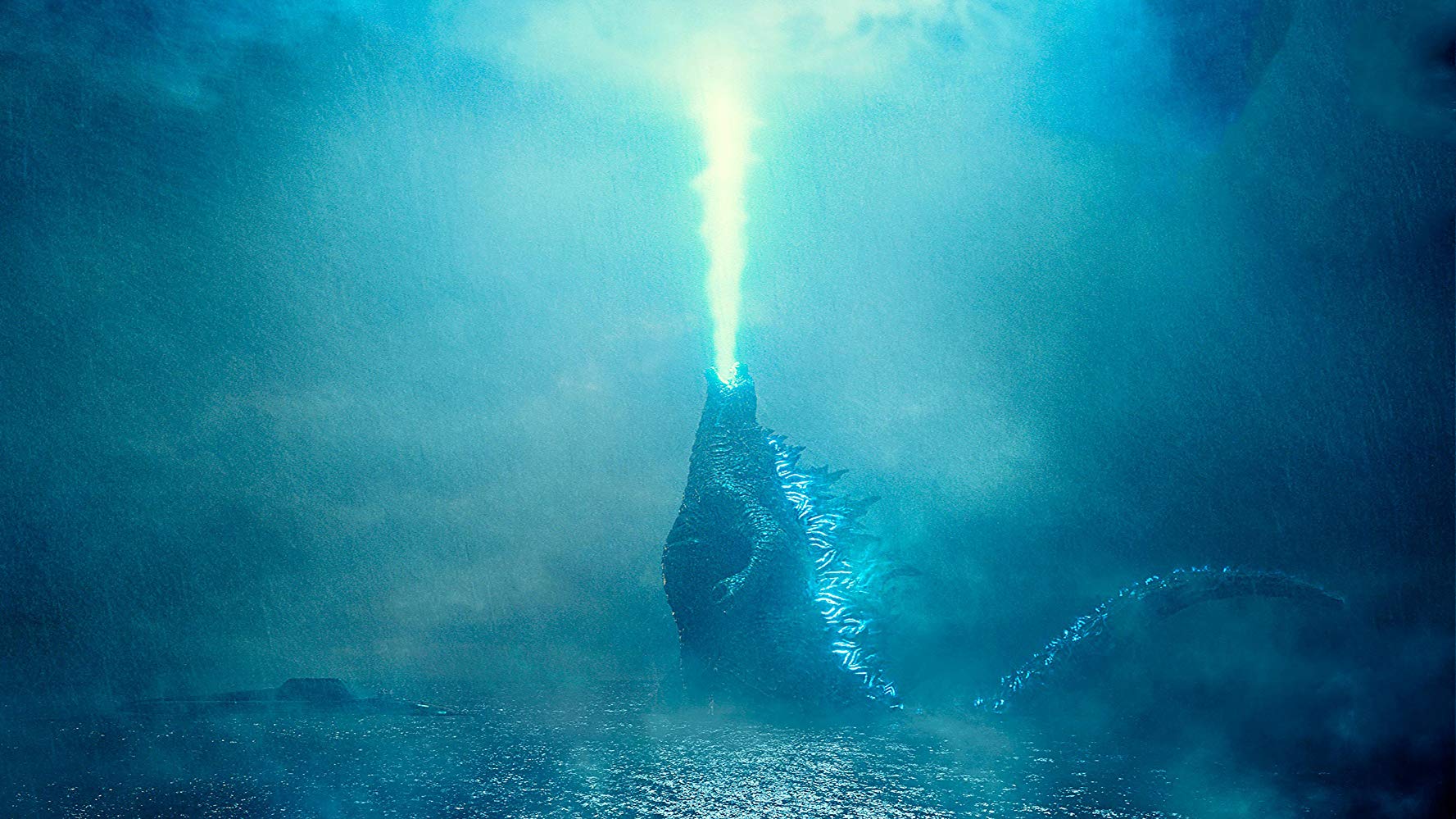 For daily reviews and movie news, follow me on Facebook. Get movie night right with films sure to meet your family’s standards with my film guide 250 Great Movies for Latter-day Families.

WHAT’S GODZILLA: KING OF THE MONSTERS ABOUT?

When a group of giant monsters, led by three-headed Ghidora, are awakened to wreak havoc worldwide, humanity must decide whether to put its trust in Godzilla as a defender while an estranged family tries to survive the chaos. Sequel to 2014’s Godzilla and 2017’s Kong: Skull Island.

Godzilla: King of the Monsters offers everything you could want in a rock-em-sock-em giant monster movie, but not much else. Offering classic good-versus-evil battles between Godzilla, Mothra, Ghidora, and Rodan on a scope and scale never before possible in the days of men in rubber suits fighting over miniature cities, the stunning CGI visuals and atomic sound design practically demand an in-theater viewing. The story relies too-heavily on melodrama, telegraphed plot twists, and eye-rolling contrivances, with dialogue running the gamut from the profound to the unintentionally laughable.

Fortunately the actors, led by Kyle Chandler (Friday Night Lights, Super 8), Vera Farmiga (Souce Code), Millie Bobby Brown (Stranger Things), Ken Watanabe (Inception), and Ziyi Zhang (Crouching Tiger, Hidden Dragon) give it heft with their sympathetic performances. A bit more levity, and a bit more action, would be appreciated. For a movie about giant monsters, it takes itself a bit too seriously. But it so lovingly, thrillingly delivers the goods that fans of this type of thing won’t be disappointed.

Godzilla: King of the Monsters is rated PG-13. It has one f-word and several other uses of profanity, a few references to giant monsters mating, and plentiful monster-on-monster violence with punching, kicking, biting, and use of nuclear powers. Humans are collateral damage as buildings collapse, planes crash, and winds sweep them away.

One character says “sometimes the only way to heal our wounds is to make peace with the demons who made them.” While we don’t need to have relationships with those who’ve hurt us, especially when there’s been no repentance and restitution to restore trust, forgiveness and goodwill towards those who’ve wronged us can be key to our own healing. Jesus told us “I, the Lord, will forgive who I will forgive, but of you it is required to forgive all men.” (Doctrine and Covenants 64:10).

A character specifically talks about difficult trials existing to build our faith. A major theme involves people doing bad things with good intentions; talk with your teens about the importance of following the guidance of the Holy Ghost, along with God’s prophets, to avoid making big mistakes for well-intended reasons.

[Spoilers] There are echoes of Christ’s mission in the story that are worth discussing, especially with human characters embodying the truth of “greater love hath no man than this, that a man lay down his life for his friends.” (John 15:13) Godzilla himself demonstrates a kind of sacrifice, death, and resurrection so often found in cinematic heroes who are “types” or reminders of Jesus Christ.

For a marvelous giant monster movie your family can watch at home, I recommend the original 1933 King Kong! Watch it here. Jonathan Decker is a licensed marriage and family therapist, actor, author, and film critic. He is known for being the clinical director of Your Family Expert, star of CTU: Provo and The KJZZ Movie Show, author of 250 Great Movies for Latter-day Families, and former performer with BYU’s Divine Comedy.