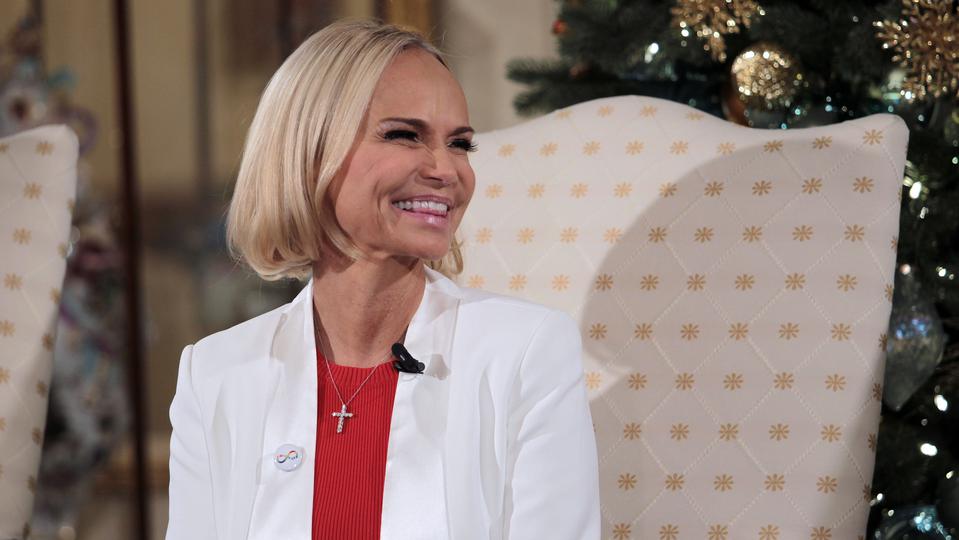 “This moment in my life has been a long time coming,” said Kristin Chenoweth, the featured guest artist and narrator at this year’s Christmas concerts by The Tabernacle Choir at Temple Square in Salt Lake City. “This is a bucket list. It’s the music that draws me in every time.”

“All I want to do is celebrate the reason for the season, and I’m so honored to get to do it,” explained Chenoweth, a classically trained coloratura soprano and Broadway performer, who spoke with the media Wednesday morning, December 12, 2018. “The words are the most important thing.”

The Emmy and Tony Award-winning actress and singer will perform in the Conference Center with the choir, Orchestra at Temple Square and Bells on Temple Square December 13, 14 and 15, 2018.

“I don’t know if we’ve ever had as versatile a performer as Kristin,” said Mack Wilberg, music director of the choir. “I think we were just all completely overwhelmed and charmed by the increased incredible energy that she brings to the stage.”

Wilberg said Chenoweth has been on the choir’s radar for the past decade.

“I look back on your history, your DNA, and I just think I want to be a part of it,” said Chenoweth.

Wilberg and Ryan Murphy, associate music director, are directing the music for the holiday performances.

“I think our audiences will not be disappointed at all,” said Ron Jarrett, president of the choir. “With over 600 participants in this year’s concert, we’ll have some dancing; we’ll have great music.”

The performances are complete with world-class music, dance, storytelling and visual effects.

Complimentary tickets for the sold-out performances have been distributed, but there will be a standby line for available seating.

The full-scale production will be seen by a combined audience of more than 60,000 people,who fill the Conference Center over three nights. Millions of others will be able to watch the holiday special on PBS and BYUtv next year, December 2019.

Chenoweth’s career spans stage, film, television and concerts. She won a 2009 Emmy Award for Best Supporting Actress in a Comedy Series for her role in “Pushing Daisies” and was nominated for two Emmy Awards and a People’s Choice Award for her role on the television show “Glee.” In 1999, she won a Tony Award for “You’re a Good Man, Charlie Brown” and was nominated for her original role of Glinda the Good Witch in “Wicked” in 2004. The “Wicked” cast album earned a 2005 Grammy Award.

Chenoweth, a native of Oklahoma, has a master’s degree in opera performance from Oklahoma City University. She has performed to sold-out audiences across the world.

“There were exactly three shows on TV I watched growing up,” she said. “It was the Mormon Tabernacle Choir Christmas special, it was Miss America and it was the Tony Awards,” she said. “That says everything you need to know about this girl right here.”

“Two of my aunts are flying in from Oklahoma to see the show,” added Chenoweth. “And that’s going to be extremely special for me to have them watch me have this bucket list with these incredible musicians behind me.”

The Grammy and Emmy Award-winning Tabernacle Choir is made up of 360 men and women who are members of The Church of Jesus Christ of Latter-day Saints. They are accompanied by the Orchestra at Temple Square, a 150-member symphony, and the Bells on Temple Square, a 32-member handbell choir. All the singers and musicians are volunteers.