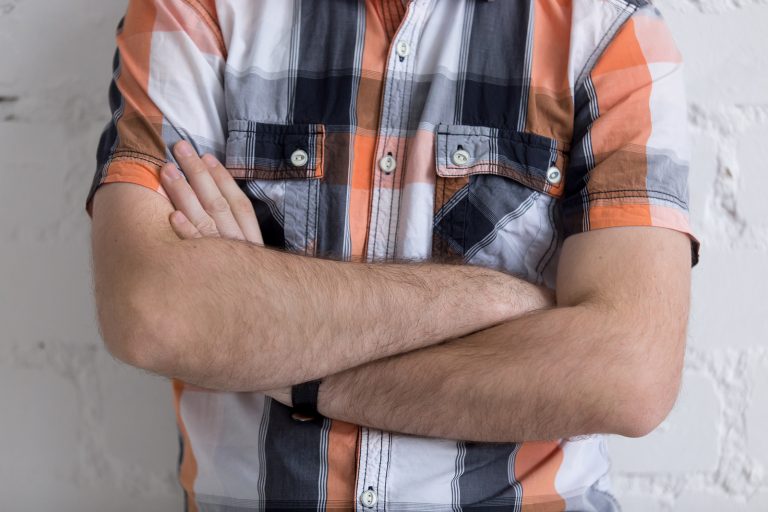 “I’m stubborn, just like my dad.” I watched as a teenager at Girls’ Camp laughed and admitted to this trait. Her friends all nodded, giving examples of times she wouldn’t bend, refusing to clean her camping area, ignoring advice to wear “greasy” sunscreen, and having to be right in a silly argument.

I’ve seen people talk about “stubborn streaks” with a trace of pride in their voices, embracing this trait like a badge of honor. And it is a good thing if it means sticking to strong values or having the determination to do right in, say, resisting peer pressure to break commandments. That’s fortitude and resolve. It’s also a great trait if it actually means persistence, such as the missionary who won’t give up, or the tenacious person who won’t quit until he gets the house sanded for painting– even if he has to work in a rainstorm “against all odds.”

But not doing something because someone told them to do it leads people into trouble. There’s even a diagnosis for a form of this. It’s called Oppositional Defiant Disorder (ODD) and it can cost relationships, jobs, and a good deal of happiness. Just being contrary to prove no one can boss you around is not healthy and can actually spell disaster.

Being stubborn just to be resistant or rebellious is actually stiff-neckedness, and is so serious a sin that it comes up several times in scripture, with clear examples of God’s punishment.

Remember the stubbornness of both Pharoah and the Israelites? In the 7th through the 11th chapters of Exodus, we see Pharoah refusing to the let the people go, and suffering a series of plagues as a result. It even culminates in the deaths of all the firstborn.

Then the Israelites stubbornly refuse to follow God’s laws, and even build and worship a golden calf. When God tells Moses what’s happening, Moses dashes down from the mountain to his people, breaks the tablets, and fasts for 40 days “because of all your sins which ye sinned, in doing wickedly in the sight of the Lord, to provoke him to anger.” The Lord even says, “I have seen this people, and behold, it is a stiffnecked people: Let me alone, that I may destroy them, and blot out their name…” (Deut. 9:13-18).

Many are shocked at the severe punishment God prescribes for the “stubborn and rebellious son” described in Deuteronomy. His parents were to bring him to the elders to be stoned to death (Deut. 21:18-21). In Psalms 32:19, stubborn people are compared to mules, probably where the phrase, “stubborn as a mule” came from. In Proverbs, 1 Samuel, Isaiah, Judges—over and over the Old Testament underscores the iniquity of this terrible character flaw.

Jesus also spoke sternly against it, upbraiding the Pharisees for their hardened hearts when they refused to accept his act of healing on the Sabbath. They were so enraged that they plotted to kill him for it (Mark 3:1-6). And Stephen was actually stoned to death for calling out the Sanhedrin for stubbornness (Acts 7:51-60).

Paul spoke against the sin of stubbornness, encountering so much obstinacy that he finally had to leave (Acts 19:9). And in Romans we’re assured of God’s wrath if we persist in our stubborn ways (Romans 2:5-9).

So what can you do if you sense that you—or someone you love—has a problem with stubbornness? First of all, examine your reactions and see if you’re actually standing up for what’s right, or if you’re reacting in resistance to prove that no one can control you. Do you feel weak or unsafe when you comply with reasonable requests? Is there a competitive edge to all your relationships?

Sometimes people pull away from the church just to be the lone wolf, the one who doesn’t walk in lock-step. I once met a man who fell away from the church and admitted it was solely to prove to his parents that they couldn’t boss him around. He fully knew it was true, but it was more important to him to make a point.

Some people are non-conformists and enjoy going against the grain and marching to the beat of a different drummer. But this desire not to blend in with the crowd can be a disadvantage if the crowd happens to be right. I felt a reverse twinge of this, myself, when I moved from Utah to California in the middle of high school and felt a thrill at being one of the few LDS kids. In Utah, church membership was so common that many kids strayed just to prove they weren’t sheep, following the “churchy” crowd—kind of like the man I just mentioned. But away from the majority, they might have enjoyed standing out and being different by adhering to higher standards.

Stubbornness can permeate our lives, and on another level it can even disrupt the harmony in our homes. What if someone persists in keeping their room messy, despite repeated requests to bring it into some semblance of order? I’m not talking fanatically clean, but just basically organized. Or what if someone continually avoids getting a needed medical checkup? This kind of stubbornness can even endanger health.

We all struggle with pride and the natural man. But being absolutely unwilling to compromise, apologize, or to admit a wrong is a level of pride that is beyond the norm. When someone grimly refuses sensible direction, they can expect to be nagged. Nobody likes nagging, yet they virtually invite it by not complying with reasonable requests.

So here are some solutions. First, take stubbornness seriously and don’t brush it off as just another personality option, like being quiet or talkative. Realize that it is a sin, and something that can be overcome.

Look at the things you’ve resisted doing because you don’t want to do them, and realize that one aspect of being a grownup is pushing through and doing what we should do, not only what we want to do. Few people enjoy paying bills, doing laundry, or seeing the dentist, but mature people hunker down and get it done because they understand the consequences of denial.

Next, have a non-defensive discussion about compromises, and set a date all can agree on, taking small steps to work towards a goal. If the matter is more complex than a battle of wills, such as an addiction, approach it realistically and get the professional help that’s needed. Counseling is particularly wise if stubbornness has caused damage to a marriage or a career.

Priesthood blessings, sincere prayer, and heartfelt discussions with loved ones can all help as well. One silver lining here is that stubborn people are strong-willed and that’s good—it means you have the capacity to discipline yourself to overcome the negative aspects of that doggedness. You can use your determination to actually soften your own heart.

True stubbornness can block our happiness in life, harm our relationships, and hold us back professionally. But worst of all, it can thwart our spiritual closeness to our Heavenly Father as we strive for the humility, devotion and obedience we all know will exalt us. To truly give him our hearts—the only thing He’s ever asked for—we have to be teachable as little children, and once and for all submit to God’s will instead of our own.