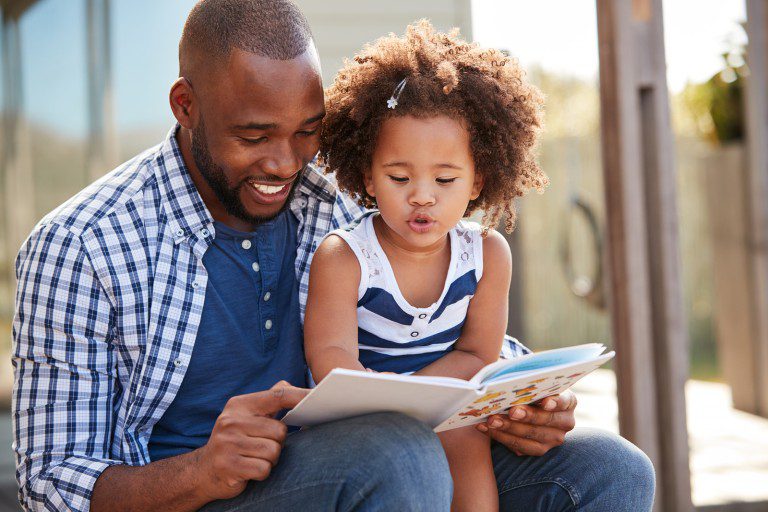 Bad Guys: Alien vs Bad Guys, by Aaron Blabey, is the sixth book in a wonderfully funny and engaging read for the newest book in this great series. The main characters remain the same throughout the series (a wolf, snake, shark and fish) with an introduction of different characters and themes in each book. The format of this series is set in a comic book layout with two or three pictures and text on each page which propels the story. The illustrations are done without color. However, between the hilarious expressions of these main protagonists and the funny text that goes perfectly with their faces, the richness and inventiveness of the story comes through clearly. A special edition was just released: “Do-You-Think-He-Saurus.” If you have a child reading at this stage, this series will surely propel them into the joys of reading!

Press Start! Super Rabbit Boy Blasts Off, by Thomas Flintham, is part of the Scholastic “Branches” books which caters to new readers segueing into early chapter books. This particular series, Press Start, features simple sentences and a fast, repetitive plot with a colorful gaming and graphic layout that appeal to this age. In this story (which is book five) Super Rabbit Boy is attempting to stop an army of space robots. The appeal of this storyline will infect even the reluctant reader.

Pug Pals: Two’s a Crowd, by Flora Ahn, is a new series that features funny illustrations throughout. Sunny, is a pug dog, who must deal with her new little sister, Rosy. The contrast between these two, and how Sunny eventually comes to terms with her new sibling, is enjoyable and heartfelt. The story is engaging with a surprising and moving message at the end.

Remy Sneakers and the Lost Treasure, by Kevin Sherry, is book #2 about an independent raccoon who is smart, has a very cool home, and can solve a mystery very quickly. A treasure has gone missing and Remy and his Critter Crew is on the case. These google-eyes animals are drawn with charm and the story is full of adventure making this a perfect fit for this age.

Judy Moody and Friends: Not-So-Lucky Lefty, by Megan McDonald, and colorfully illustrated by Erwin Madrid, is one of several in this delightful series featuring Judy Moody and her little brother, Stink. He, along with Dad, are left-handed and Stink states this lefty situation makes him a genius. Judy sadly is right-handed and feeling left out. The story is told in three chapters and the bright illustrations and humor make this book a winner.

Craftily Ever After: The Un-Friendship Bracelet, by Martha Maker, and illustrated throughout by Xindi Yan, is the first book in this new series that deals with new and old friends and getting along. One thing in common with all the kids involved is their love to create. The larger than usual font and engaging pictures on almost every page propel the story along.

Lighthouse Family: The Bear, by Cynthia Rylant, and gorgeously illustrated with graphite by Preston McDaniels, is the eighth book in this beautiful series that is set by the sea. This entire series, which includes “The Storm”, “The Sea Lion” and “The Eagle”, is elegantly written with the sights and sounds of the sea found throughout.

My Weirdest School #10: Miss Newman Isn’t Human, by Dan Gutman, is the newest of this very popular series with kids. Miss Newman is a TV meteorologist and is coming to school to teach weather. But when a hurricane comes to town, everything changes. This series seems to cater to the reluctant reader because of the fast pace of action that takes place. It’s also very funny.

The Gumazing Gum Girl! Popped Star, by Luke Reynolds, and drawn with great talent by Rhode Montijo, is the fourth book and still maintains the entertaining value that kids truly enjoy – Gabby has amazing gum chewing super powers! But besides learning about these powers, there are great lessons to learn in the storyline. Learning to work with others is the predominate life lesson. The other unique thing about the book is the cover smells like bubble gum.

Beep and Bob: Too Much Space, by Jonathan Roth, is the first book in this planned series about Bob who is attending school near Saturn. He feels anxious being far away at this school deep in space until he meets a very cute, small and squishy alien by the name of Beep. Their friendship and adventures are fun and funny.

Bat and the Waiting Game, by Elanna K. Arnold, and sprinkled with pictures by Charles Santoso, is a wonderful read-out-loud for families of elementary age children. This story centers around Bat, who is autistic, and how he deals with family dynamics. The story is rich with relationships and how Bat and his family deal with problems that arise. It’s also written with humor and the characters are very likable. This is actually the second book about Bat but it is, by far, the best

The Adventures of Alfie Onion, by Vivian French, and illustrated with pictures sprinkled throughout by Marta Kissi, is written like a fairy tale about Alfie as he sets out for an adventure. When Alfie suddenly finds himself in a precarious situation, help comes by way of his dog, two mice and a talking horse.