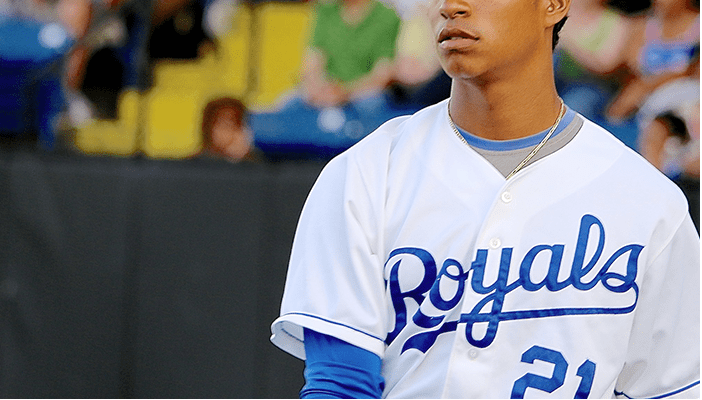 Dayton Moore cares about putting a winning Kansas City Royals team on the field. But first, he wants to make sure they’re a healthy group off it. Like a number of general managers, Moore is a Christian. And, as his players will tell you, his second biggest priority is for players to have victory in every area of their lives. That starts, he told the team, by taking a stand against toxic influences like pornography.

Fight the New Drug thinks so. They’re the group the Royals invited to talk to players, coaches, equipment managers, and trainers about just how deadly pornography can be — to relationships, children’s innocence, and the thousands of women lured into an industry that exploits, demeans, and ensnares them. If you want to know how out-of-control this crisis is becoming, brace yourself for this New York Times feature, “What Teenagers Are Learning from Online Porn” (Warning: extremely graphic content.) It’s a difficult piece to get through, but an important one. The pages and pages of conversations about what kids think is normal would shock and sober anyone. If the explicit descriptions bother you, just know that these are the same things our teenagers are confronting every day — usually without any idea of how to handle them.

The boys’ stories are even more disturbing. They talk about aggressively hurting, choking, and punishing women as if it’s routine. “Women in porn like it,” one said. So, they assume all women do. They don’t realize that these are actors who are being exploited for an industry that’s tied to the dark world of trafficking, domestic violence, child abuse, and abortion. They don’t realize that this is a sinister trade that’s teaching men to dehumanize women, leading spouses to stray from marriages, and killing love and intimacy the world over. And unfortunately for our children, who have access to the internet as early as eight or 10, the dangers are only a smartphone away.

“Just as the tobacco industry argued for decades that there was no proof of a connection between smoking and lung cancer, so, too, has the porn industry… denied the existence of empirical research on the impact of its products,” Gail Dines wrote for the Washington Post. That fact has led plenty of states, including Arkansas, South Dakota, Tennessee, Utah, and Virginia, Maryland, to fight back, declaring pornography a public health hazard. Utah’s Governor Herbert (R) can’t believe anyone would be indifferent. “If a library or a McDonald’s or anyone else was giving out cigarettes to our children, we would be picketing them. And, yet, our children are accessing pornography on their tablets on these sites and we seem to be okay with that.”

“We are supposed to be in the midst of a great sexual reassessment, a clearing-out of assumptions that serve misogyny and impose bad sex on semi-willing women. And such a reassessment will be incomplete if it never reconsiders our surrender to the idea that many teenagers, most young men especially, will get their sex education from online smut… [I]f you want better men by any standard, there is every reason to regard ubiquitous pornography as an obstacle — and to suspect that between virtual reality and creepy forms of customization, its influence is only likely to get worse.”

This is no longer someone else’s problem. It affects our playgrounds, our politics, even our pulpits. Fifty-seven percent of pastors and 64 percent of youth pastors admitted to the Barna Group that they’ve used porn, “either currently or in the past.” The devastation to marriages and families and teenagers is real. If we want to do something about it, then parents have to be willing to take on this awkward and sometimes uncomfortable subject with their kids. Wives and husbands, pastors and congregations, legislators and voters — and yes, even major sports leagues — need to be committed enough to ending this crisis to sit down and talk. If you don’t know what to say, start here or here or here.Just start somewhere.

You can't kill love and intimacy. They never existed in the first place.