Is this Trait Sabotaging Your Relationships? | Meridian Magazine 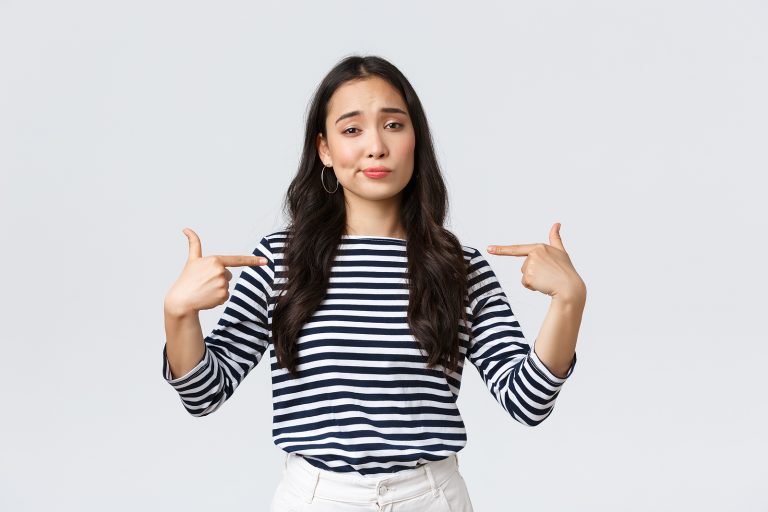 Is this Trait Sabotaging Your Relationships?

My husband and I were invited to a friend’s home to play board games one night. Some of their neighbors were also there, and one of them drew a card containing a word she was to help us guess.

“Hmm,” she said. “I don’t want to give a clue that you don’t understand. I mean, I don’t think you’ll know what this is…”

Not only did she assume we knew less than she did, but then she explained the insult (so much worse than explaining a joke, by the way).

Needless to say, we were not eager to play games with this couple again. She may as well have said, “Well, as the smartest person in this room…”

When someone is condescending or conceited, it’s hard to enjoy their company. And in all the research I’ve done, this trait of arrogance is the most off-putting of all. Call it what you will—cockiness, self-absorption, the assumption of superiority—it’s a buzz kill and one of the most dangerous traits for any relationship.

It goes way beyond healthy confidence. Confident people have good self-esteem, but they aren’t self-absorbed. They care about others and warmly share the spotlight. Arrogant people often show off and compete aggressively, eager to look good at the expense of others. Not surprisingly, arrogance has been called “weaponized pride.”

There’s that word we’ve been warned can lead to destruction. Pride is mentioned 271 times in the Book of Mormon, and who knows how many times in talks by our leaders. But rarely is it pinpointed as the Number One ugly trait we should avoid, if we hope to have loving relationships.

Arrogance can actually result from insecurity, as someone tries to overcompensate for what they lack. Or it may be rooted in a need for praise, or from disdain for the less talented. Usually, the arrogant don’t even know they are behaving this way. I enjoyed a movie scene where the kidnap victim was able to get away simply by asking, “Which one of you guys is the smartest?” thus causing a fistfight among the kidnappers, allowing him to escape.

So, what can you do if you’ve been told you have traces (or truckloads) of this trait?

First, remember that you are a child of God. You have divine value, but not more than anyone else.

If people are setting boundaries with you, that’s a sign that you are overstepping in some way. Be open to correction, as loved ones try to remind you that some of what you state as fact could be merely opinion. Don’t feel the need to argue and be right all the time; allow others to show what they know as well.

Do not needle others in an attempt to “break” them or elicit anger through their frustration. This is abusive.

Remember that humility is an attribute of godliness. President Gordon B. Hinckley once said, “Being humble means recognizing we are not on earth to see how important we can become, but to see how much difference we can make in the lives of others.”

Don’t try to be liked by yammering away about your knowledge or achievements. This backfires, making people see you as self-centered. Instead, make room for others in the conversation.

When you genuinely like yourself, you feel settled and calm. There’s no need to grandstand; you know people will see your value as they get to know you. Then, by taking an interest in other people, you show love. Everybody warms to this.

Stop judging people by standards that make you seem superior (intelligence, musical ability, athleticism, manners, wealth). Instead, notice traits such as kindness, generosity, honesty, a good work ethic, HUMILITY, sincerity, wisdom, faith, and so on. You may find that others are leagues ahead of you in these areas, and you can learn much from them.

Be willing to ask for help. Pride keeps us from doing this, and it often results in disaster. Yet when we do ask for help, people are glad to know they’re needed and valued. Then thank them for all they did.

There’s a paradox here. President Henry B. Eyring explained how humility actually leads to power. “Our own abilities, however great, will not be enough. But that realistic view of our limitations creates a humility which can lead to dependence on the Spirit and thus to power.” Humbly petitioning God is a sign of greatness.

When someone says something, don’t jump in with a correction or an argument. Be an active listener who asks questions that show a genuine interest. “So is that what inspired you to become a musician?” “What would you advise someone who wanted to get into your field?” “Was this always something you enjoyed?”

Don’t interrupt. I know this can be tough—I’m often so excited about what someone is telling me that I want to jump in with ideas, but interrupting says you think your comment is more important than theirs. So, resist the urge.

C.S. Lewis once said, “Humility is not thinking less of yourself, but thinking of yourself less.”  Commend others’ achievements. Don’t give fake compliments, but truly look for the good in others and point it out. Noticing others’ strengths does not diminish your own.

Remember that leaders build leaders. Make it one of your objectives to lift those around you even higher than you are. If you’re not building the skills and confidence of your family or associates, you’re not truly leading.

When you’re wrong, admit it. Apologize. People respect those who are willing to be vulnerable and imperfect. It lets them know you’re honest, and it builds trust.

President Dieter F. Uchtdorf spoke about this. “Brethren, we must put aside our pride, see beyond our vanity, and in humility ask, “’Lord, is it I?’” And if the Lord’s answer happens to be “’Yes, my son, there are things you must improve, things I can help you to overcome,’” I pray that we will accept this answer, humbly acknowledge our sins and shortcomings, and then change our ways by becoming better husbands, better fathers, better sons.” I am sure this advice goes for the sisters as well.

Stop giving unwanted advice. Unless it’s a safety issue, let people be. If someone says, “What do you think about this?” or “Can I get your advice on something?” then speak up. Otherwise, dial down the opinion sharing.

President Ezra Taft Benson advocated temple attendance, service, missionary work, confessing and forsaking our sins, and submitting our will to God’s, as methods to eliminate pride.

If we make this a priority, we’ll have the very antidote to arrogance. And as for humility—guess what? Turns out it’s actually the most attractive trait.

Thank you for this article! I had to take a hard look at myself and realize I am often guilty of this foible. I catch myself wanting others to accept my opinions as their own and being miffed when they don't. I will try harder to step outside myself and try to observe such conversations as a third party to see if I can become more aware of how my words and actions might be affecting the person I'm communicating with. Thanks again!

Joni, thank you so much for the reminder that we need to seek after humility and avoid any feelings or expressions of superiority. I am wondering, though, about the example you gave of the word game. I love word games and It is common to hear someone say: "Oh, I don't know if you guys are going to be able to get this." I think it often means that it is a difficult word for the clue-giver and they are doubtful about whether they can come up with good clues. Of course, I wasn't there and did not see facial expressions or body language. I do think it is beneficial to give people the benefit of a doubt regarding their intent. I know there are times when I have made comments and realized later that I may have given a false impression of what I really meant. Perhaps, along with avoiding pride, we can also be charitable about how we interpret what is being said.