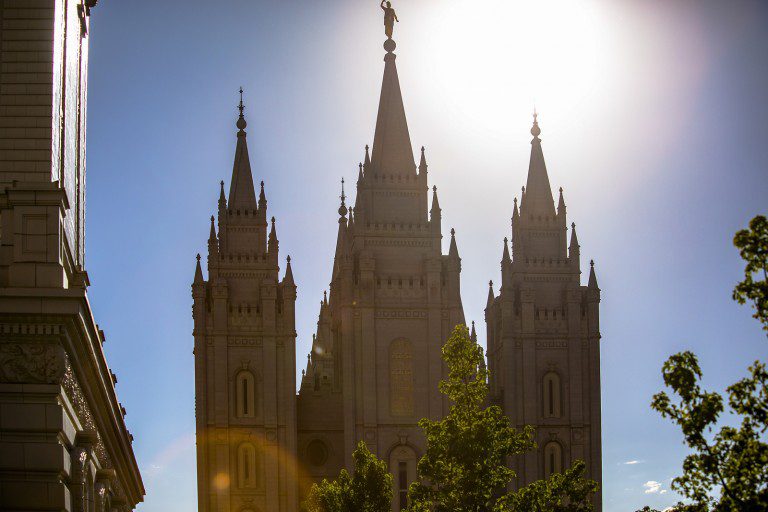 Is it Too Difficult to Give Up “Mormon”?

“Do you think it will work?”
“It would take a miracle.”

Miracle Max in The Princess Bride

I heard about President Nelson’s new policy toward the name of the church the same way I’ve discovered other church policy changes: from a mocking post on Facebook. Curious, I checked my other favorite secular sources and found an almost-universal attitude of (sometimes good-natured) ridicule. Some people responded with immediate changes to reflect the new policy, but many others did not. Even among Latter-day Saint bloggers and commentators, many expressed the attitude that this new policy was petty and naive (if not downright stupid) and in any case unlikely to amount to much.

So, is it too difficult to give up “Mormon”?

The argument that the new policy will fail goes something like this: the word “Mormon” has become so ubiquitous, even in official church publications like mormon.org, that there’s simply no way to really eliminate its usage. And frankly, the doubters really have a point–the word really is a popular shorthand that even Church members themselves use. I certainly call myself a Mormon pretty much all the time, and I’m not looking forward to trying to kick that habit. Not to mention the fact that critics and haters will keep using the word online, and most average people who are curious about the church search for “Mormons”. This doesn’t even take into account redirecting all the web searches, all the printed books that have “Mormon” in the title…and the fact that Latter-day Saints is just a mouthful. Using “Mormon” to refer to members of the Church is a part of our culture now.

But in all of this, we have to remember something else about contemporary culture: we permit minority groups to determine what others call them. There are many words, now considered too offensive for print, that once were in common usage to refer to other races. Other terms like “Japs” aren’t necessarily vulgar, but aren’t used unless someone specifically intends to insult, because it is dismissive and has a racist history. News outlets, serious thinkers, politicians, and people in the workplace would never use that word, or any other pejorative term for a group or a race, that had been protested. Abandoning minority-group nicknames in deference to the feelings of the minority group is settled practice.

Furthermore, the word “Mormon” in reference to Latter-day Saints most definitely started as a mocking pejorative. Church members ultimately embraced the term, but they didn’t make it up for themselves–it was applied to them by critics, unbelievers, and enemies. Just because we have become reconciled–even fond– of the word does not change that history or make it any less an imposed nickname.

Incidentally, many of today’s polite minority-group terms are much bigger mouthfuls than the nicknames they replace– “African Americans”, “LGBTQ”, and “little people” for example.

We don’t need to be hesitant or self-conscious about asking news outlets, serious thinkers, politicians, and workplaces to use our religion’s actual name, instead of a taunt from the 19th century. Anyone who feels uncomfortable doing so might try the following script: “You know, ‘Mormon’ is a nickname other people made up for my church, as an insult. And we were called ‘Mormons’ by a US governor who authorized the militia to exterminate us. So, we really prefer to be called by our chosen name.”

Another argument is that the change is petty; it doesn’t matter what people call us as long as we have the gospel, and making a big stand about particular words is silly at best and counterproductive at worst. We don’t want to be “that group” that bellyaches all the time about what they’re called; it undermines our powerful pro-family messages.

I have two responses to this. The first is that, although you rarely see this highlighted in the dismissive summaries, President Nelson’s statement was explicit that this new emphasis came not from him but from the Lord. This is not just a temporal administrative tweak from Salt Lake. However petty the policy may seem to us, if the living prophet says it was revealed to him from God, at the very least it merits serious thought and engagement before dismissing it.

Second, it really does matter what the Church is called. I mean, I’ve never personally had an issue with the nickname ‘Mormon’. But it has always mattered to me that the Church is officially called after Jesus Christ. Of the 35 largest Christian denominations in the United States, only four even have ‘Christ’ in their names (ours, the “undenominational” Churches of Christ, the United Church of Christ, and Disciples of Christ). This means the full name of the church will not be too easily confused with any other religion, even in its abbreviated “The Church of Jesus Christ” form. It is plenty distinct.

It is distinct because it is the only major religion that bears the full name of Jesus Christ. The only one that claims to be a literal restoration of the Savior’s gospel is also the only one actually named after him. That is a significant observation, and not at all petty.

No one seems to know that our church uniquely bears his name, though, largely because most people never hear the full name. I can’t help but think it would make a significant difference to all of us as members if every news article, blog post, and politician, honored our preference and referred to the church as the Church of Jesus Christ. At the very least, those who have wondered “are Mormons Christian?” would not likely have wondered “Is the Church of Jesus Christ Christian?”

More important, we have an obligation as Latter-day Saints to share the gospel with others who are seeking for it. We can do that so much more effectively by insisting on the respectful use of our proper name. After all, someone who is lost and looking for the gospel may not have any idea she’s really looking for ‘Mormonism’. But that same yearning soul already knows she is looking for the church of Jesus Christ. We owe it to her to make it easier for her to find us.

This is not petty, small-minded, or ridiculous. We are not of Paul, we are not of Apollos, and however awesome he was, we are not of Mormon either. We are of Jesus, and we have taken his name upon us in sacred ordinances. Our special relationship to him is worth taking a stand on, even at the risk of irritating reluctant news editors.

It’s always tough to change the way people talk, especially with a word as entrenched as “Mormon”. But things that are tough are not necessarily impossible. And in this case, there are reasons to think the change will happen, if we persevere, and that it will be a benefit to us all in the end. And if proves so difficult that it does, indeed, “take a miracle” for it to happen…well, we can probably count on that too.

My first thought was "what part of obedience do we not understand." Yep, that was also my second thought. Sometimes changes take time and we just have to be who we are. We are members of the Church of Jesus Chris of Latter-day Saints.. When I was young, my brother had a nickname. When he was about 10 years old, he said he wanted to be called by his "real" name. We honored that request and to this day (60+ years later), he is still called by his real first name. We remember his nickname fondly as does he, but we use his real name because he asked us to. So, my feelings are that we should follow what the prophet has asked and drop the nickname and present ourselves to the world by the name of who we really are: Members of the Church of Jesus Christ of Latter-day Saints.

When I first joined the church, my family wondered what kind of weird church had I joined, with a name like Mormon. I wonder how many more people would have been blessed by the restored truth had they not been turned off by that peculiar name, which was mockingly given to The Church of Jesus Christ of Latter Day Saints by enemies to the church, and undoubtedly inspired by Satan. I am thrilled by our prophet’s strong and inspired reminder of what Jesus Christ commanded His church be called. As we humbly seek Heavenly Father’s help, I know He will help us to remember to refer to His church by its proper name. As a result, There is no doubt that the church will see many more converts in the coming years, as we repent of the error of allowing ourselves to be called Mormons. Refering to His church by it’s God-given name is one very important way, that we, as disciples of Jesus Christ, will help build up His kingdom in the last days.