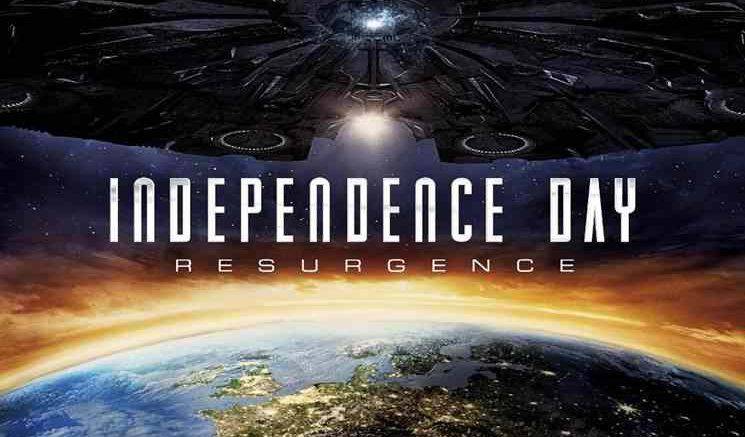 What’s It About? 20 years after the first film, the alien queen arrives for vengeance (pre-order it here).

Is it Any Good? (GRADE: B-) Ignore the dour reviews; Indepedence Day: Resurgence is perfectly enjoyable dumb fun. While not destined to be a classic like the first film (and definitely lacking the charisma of Will Smith and the charm of David Arnold’s music), this sequel provides enough spectacle and escapism to justify a big-screen experience. The characters are broad archetypes, the plot has holes larger than those drilled by the invading extraterrestrials, the coincidences pile up to bring characters together, and it could have used a bit more humor. Still, as junk-food cinema, Resurgence satisfies with a likable cast (especially the returning players), a creatively-realized alternate 2016, some delightfully bizarre sci-fi touches, and more than enough big-budget action to meet the summer movie quota.

Is it Okay for Your Kids? Independence Day: Resurgence is rated PG-13. We see the outline of a man’s butt crack through his underwear (played for laughs). A gay couple holds hands and a straight couple kisses, but there’s no sexuality. There are about a dozen mild-to-moderate profanities, but no f-words. There is action violence and destruction, with millions dying in an alien attack, while aliens are shot and stabbed later and some humans are killed, though it’s mostly bloodless. There’s not much by way of gore or blood in the film. (If you have concerns about content, you can stream the film on VidAngel upon its home video release).

Any Worthwhile Messages? True heroism is being willing to die for others (see John 15:13). In times of crisis you can find your courage (see Alma 56:41-56). The people you like the least can become your closest friends.

It was just plain fun. I see few Academy Awards in it's future, but it was the funnest time I've had at the theater in a very long time. I did not miss Will Smith because the cast that was there did perfectly fine. Brent Spiner looked like he was having too much fun. Don't expect it to be a clone of the original movie; let it rest on its own laurels and you will enjoy it completely. I'm hoping for a third movie.