In Atheist Albania, A Yearning for God | Meridian Magazine 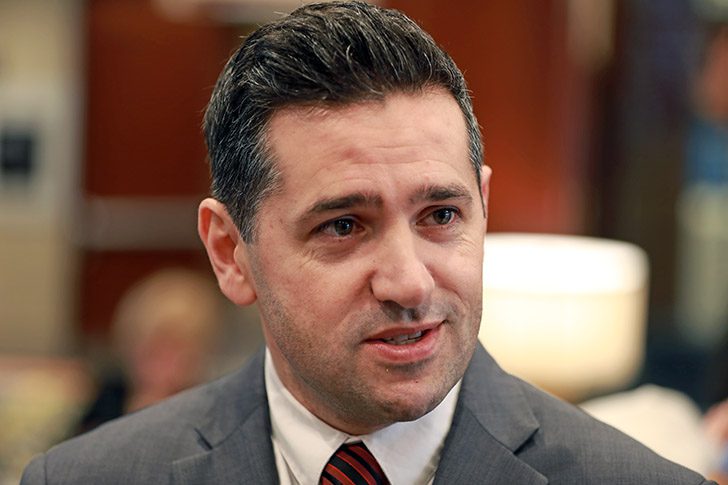 In Atheist Albania, A Yearning for God

Meridian covered the Rome Temple dedication including searching out the individual stories of many of those who came. This is one of those stories that moved us. See all of our Rome coverage at latterdaysaintmag.com/rome.

After the first session of the Rome Temple dedication, the Visitors’ Center was swarming with the faithful from many nations, including 25 or 30 from Albania with their stake president, Medlir Mema. Since he has been a member of the Church for 26 years, a question automatically arises.

The Communist dictatorship that operated in Albania from 1967 to 1991 declared Albania as the world’s first and only “Atheist state.” Harsh punishments were leveled at believers, clergymen were killed, and it was not a time for religious yearnings. Any of these flickerings of faith were stilled or suppressed to underground. The aftermath is that even today, few Albanians consider religion to be an important factor in their lives. Citizens show strong support for secularism and religion is divided from the public sphere.

So, how did anyone keep that spiritual glimmer alive during that oppression, and even more compelling, how would a 14-year-old boy find the Church in 1993, only two years after the Communists left? Where would he have any context for God or religion?

The answer demonstrates how certain fires, inborn in the soul, cannot be quenched—and the longing to know our God is one of those.

For his lifetime, there had been no religion, and certainly no missionaries, but Medlir Mema was 14 when his mother spotted new missionaries in town. They had only been there two days and, to her, looked hungry and lost. She brought them in for a meal, and two weeks later his family was baptized in the Adriatic Sea.

But how? So fast. President Mema said, “My sister and I had been searching for God for a couple of years. We’d been reading the Bible quite a bit and we were waiting. So when the missionaries asked us to be baptized it was natural.”

“I identify many times with Joseph Smith’s story. Albania had just broken off from Communism in 91, and so at that time there was a flood of different religious denominations. The Catholic Church had been there historically and they had come back and were open again. Many Protestant organizations came. The Muslim religion had re-opened their mosques, so we were just flooded with this religious message.

“My father was a Muslim by background. My Mom was Eastern Orthodox, but we were raised with books. In atheist Albania you couldn’t talk about religion, but we had Rembrandt, so we could learn from Rembrandt’s paintings–St. Paul in Prison or “The Descent from the Cross” about Christ. So I could still imagine these stories in my mind’s eye. That’s what made faith real to us.

“Then as we started searching and finding the truth, we had read the Bible several times. So when the missionaries came, it was real.”

He continues, “The government was atheist and that was policy, but people still maintained their faith, so every year we would dye eggs red—in secret–because this is the Eastern Orthodox tradition. Or we would go on pilgrimage to sacred sites. My father would sacrifice a lamb for Muslim holidays. These traditions stayed within our family, so you learn about these things. It stays inside you. It never dies. People still yearn for this whatever the government policy may or may not be.”

Two weeks after his baptism, then Elder Dallin H. Oaks came to dedicate the land for the gospel while 30 people, many of them new converts, watched. It was a beginning in a land that had long been arid.

“The church in Albania really took off. When I joined the Church, about five or six of my friends joined too. We had a very strong youth group. Priesthood leaders were strong.”

Hear President Mema tell part of his story in the audio clip below:

President Mema noted, “We have a stake now. We have 3,000 members in our stake, and there are other branches outside of our stake. The Church of Jesus Christ in Albania is actually a beacon of light throughout the region. We are the first stake in 15 countries in the region They are struggling in Greece, Cyprus and North Adriatic, but Albania just stands aside.

“There’s something about it. I think the blood of Israel is quite thick in Albania and so we are probably blessed for that.”

Last year on the 25th anniversary of Albania’s dedication for the preaching of the gospel, the event was re-created with Church members joining. President Oaks sent a video message for the gathering.

President Mema is optimistic for the future of the Church in Albania, and members there are working toward creating a second stake in five to seven years. Seminary and institute programs are strong throughout the Adriatic South Mission and more than 120 YSAs participate.

Meanwhile, he sees the temple in Rome as a great boon to the Albanian members who are now in this district. Temples in Bern and Frankfurt have been much farther away. Planned for the future, in May, is a temple trip for the YSAs. They will each have to earn their own money, which is not small amount—about 50 Euros apiece. That’s expensive in Albania. They will have to dive into family history and have names ready for the temple. They have to participate in seminary and institute. “These are all standards they have to keep,” he said. “We train them well.” As each steps up to make the temple a priority, their faith and strength in the gospel will grow.

Please let us know how to donate to help the youth go to the temple. Such a blessing for us to do that!

His sister is in my ward. She is a highly educated, high energy powerhouse. I've never met anyone else like her.