If Thou Endure It Well | Meridian Magazine 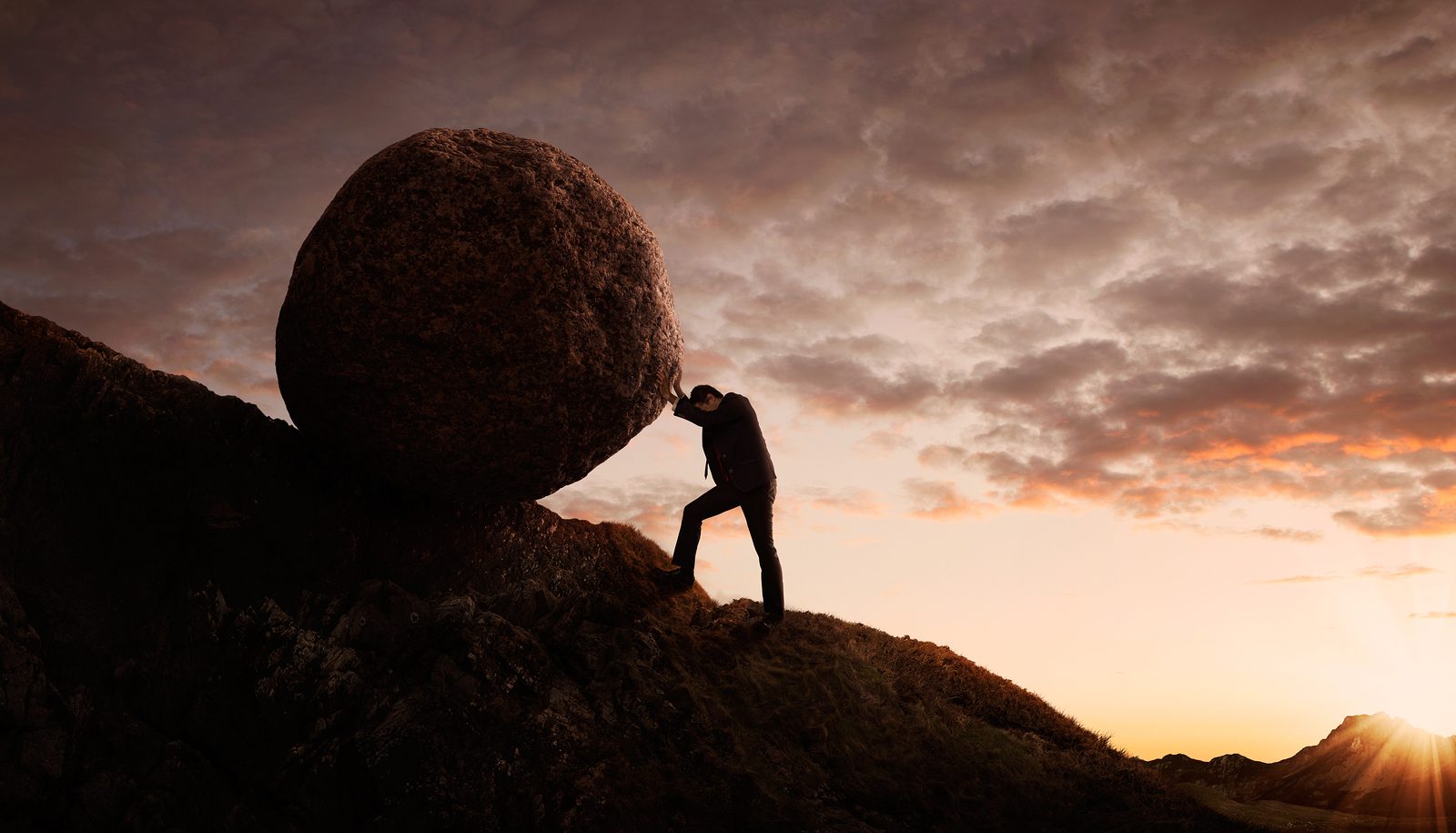 If Thou Endure It Well

Joseph entered Liberty Jail in late 1838, probably on December 1st. He left the jail on April 16 of 1839. He spent four and a half miserable months in the filthy, freezing cellar of an unheated cell with open windows and a low ceiling. The food was foul, the guards were vicious. All of that must have been suffocating for this remarkable young and active man who loved to pull sticks and play ball and wrestle and ride and teach and work. But his confinement was not his heaviest burden.

Visiting family and friends reported the suffering of refugee saints scattered across eastern Missouri or searching for shelter and work in western Illinois. These were people who had loved him and trusted him and followed him and prayed for him. They were his people. They were imperfect, of course, but they believed in his teachings and because of that belief they were being driven and persecuted as though they were the people of Ammonihah. For three and a half months infrequent reports came to him. Without knowing, we can imagine the continuous but apparently unanswered prayers of the prophet and others ascending to heaven for those people.

Finally, on March 20, 1839, Joseph prayed (and wrote) these words: “O God, where art thou? And where is the pavilion that covereth thy hiding place?” (D&C 121:1) This is a man who had seen the Father on four or more occasions. Joseph knew of God’s love and his power. His first encounter had included deliverance from a malignant being of the most astonishing power Joseph had ever encountered, a being sent scurrying by the first glimmer of the light of God’s presence. Joseph had heard these words: “Verily, thus saith the Lord unto you–there is no weapon that is formed against you shall prosper . . .” (Doctrine and Covenants 71:9).

From the confinement of Liberty, the horrifying reports about the refugees must have made him feel as though some kind of weapon was prospering: “O God, where art thou?”  The pain behind that question resonates in my heart. “Where . . .” Certainly not here, not in Liberty. Not with the Saints in Missouri and Illinois. “Where is the pavilion that covereth thy hiding place?”

And then the next question:

“How long shall thy hand be stayed, and thine eye, yea thy pure eye, behold from the eternal heavens the wrongs of thy people and of thy servants, and thine ear be penetrated with their cries? Yea, O Lord, how long shall they suffer these wrongs and unlawful oppressions, before thine heart shall be softened toward them, and thy bowels be moved with compassion toward them?” (Doctrine and Covenants 121:2-3).

“How long . . .?” Joseph had asked the same question one week less than three years earlier about those driven from Jackson County.

“Thou knowest, O Lord, that they have been greatly oppressed and afflicted by wicked men; and our hearts flow out with sorrow because of their grievous burdens. O Lord, how long wilt thou suffer this people to bear this affliction, and the cries of their innocent ones to ascend up in thine ears, and their blood come up in testimony before thee, and not make a display of thy testimony in their behalf?” (Doctrine and Covenants 109:48-49, emphasis added).

The Lord’s answer is instructive: “My son, peace be unto thy soul; thine adversity and thine afflictions shall be but a small moment . . .” (D&C 121:7).

When I had a tooth implanted in my mouth, the oral surgeon assured me as he prepared the needle that it would only hurt for a moment. I promise that when I heard the word moment I was not thinking of four and a half months. I was not thinking of four and a half minutes. Who but God could possibly describe 20 weeks in the cellar of Liberty Jail as a small moment. But God does not look at time in the way we do. How often in the Doctrine and Covenants did he speak of coming quickly while the event was perhaps over a hundred and fifty years away?

But we do not confront the miseries of mortality in accordance with our own schedules. We trust in the timing of the Lord.

The exercise of faith in the Lord Jesus Christ is always subject to the order of heaven, to the goodness and will and wisdom and timing of the Lord. That is why we cannot have true faith in the Lord without also having complete trust in the Lord’s will and in the Lord’s timing. When we have that kind of faith and trust in the Lord, we have true security in our lives. President Spencer W. Kimball said, “Security is not born of inexhaustible wealth but of unquenchable faith.” (The Teachings of Spencer W. Kimball, ed. Edward L. Kimball, Salt Lake City: Bookcraft, 1982, pp. 72B73; from Dallin H. Oaks, “Faith in the Lord Jesus Christ,” Ensign, May 1994, 100).

God had another answer. It came in the form of a question and included words Joseph himself had just used:

“How long can rolling waters remain impure? What power shall stay the heavens? As well might man stretch forth his puny arm to stop the Missouri river in its decreed course, or to turn it up stream, as to hinder the Almighty from pouring down knowledge from heaven upon the heads of the Latter-day Saints” (Doctrine and Covenants 121:33, emphasis added).

The Lord seems to be saying what I have tried to say a time or two. “I have not stopped blessing the Latter-day Saints, and I never will. A man would have more success changing the course of the Missouri than preventing those blessings.” I wrote it this way in my journal on July 25th 2004.

Of course the challenge is not simply to endure. We have to endure or die. When you are confined in the cellar of Liberty, enduring is not an option. What the Lord wants is explained in Doctrine and Covenants 121:8:

“So many things beat upon us in a lifetime that simply enduring may seem almost beyond us. That’s what the words in the scripture “Ye must endure to the end” seemed to mean to me when I first read them. It sounded grim, like sitting still and holding on to the arms of the chair while someone pulled out my tooth.

And that is the challenge: to endure the trials and tests well. Doctrine and Covenants 123:17 reminds us of this duty.

“Therefore, dearly beloved brethren, let us cheerfully do all things that lie in our power; and then may we stand still, with the utmost assurance, to see the salvation of God, and for his arm to be revealed” (Doctrine and Covenants 123:17).

The Nephites under the leadership of Alma submitted to Amulon and the Lamanites cheerfully and with patience and faith (see Mosiah 24:15,16). They certainly endured well, and the Lord rewarded them by ending their captivity and leading them safely back to Zarahemla. And, remember, the enduring is temporary–only a small moment. The Lord repeated that fact in D&C 122, which was taken from the same letter as section 121.

“And although their influence shall cast thee into trouble, and into bars and walls, thou shalt be had in honor; and but for a small moment and thy voice shall be more terrible in the midst of thine enemies than the fierce lion, because of thy righteousness; and thy God shall stand by thee forever and ever” (Doctrine and Covenants 122:4).

God’s promises to those who endure well provide a beautiful contrast to the small moments of pain and persecution: because of our righteousness, “God shall stand by [us] forever and ever.” At the end of D&C 122 we are told again, “God shall be with you forever and ever” (Doctrine and Covenants 122:9).

In fact the contrast between the trials of mortality and the blessings of eternity are presented with power here. In D&C 121:46, the Lord promises:

“The Holy Ghost shall be thy constant companion, and thy scepter an unchanging scepter of righteousness and truth; and thy dominion shall be an everlasting dominion, and without compulsory means it shall flow unto thee forever and ever” (Doctrine and Covenants 121:46).

Notice the words “constant,” “unchanging,” “everlasting,” and the concluding phrase used once again: “forever and ever.”