If this flag could talk | Meridian Magazine 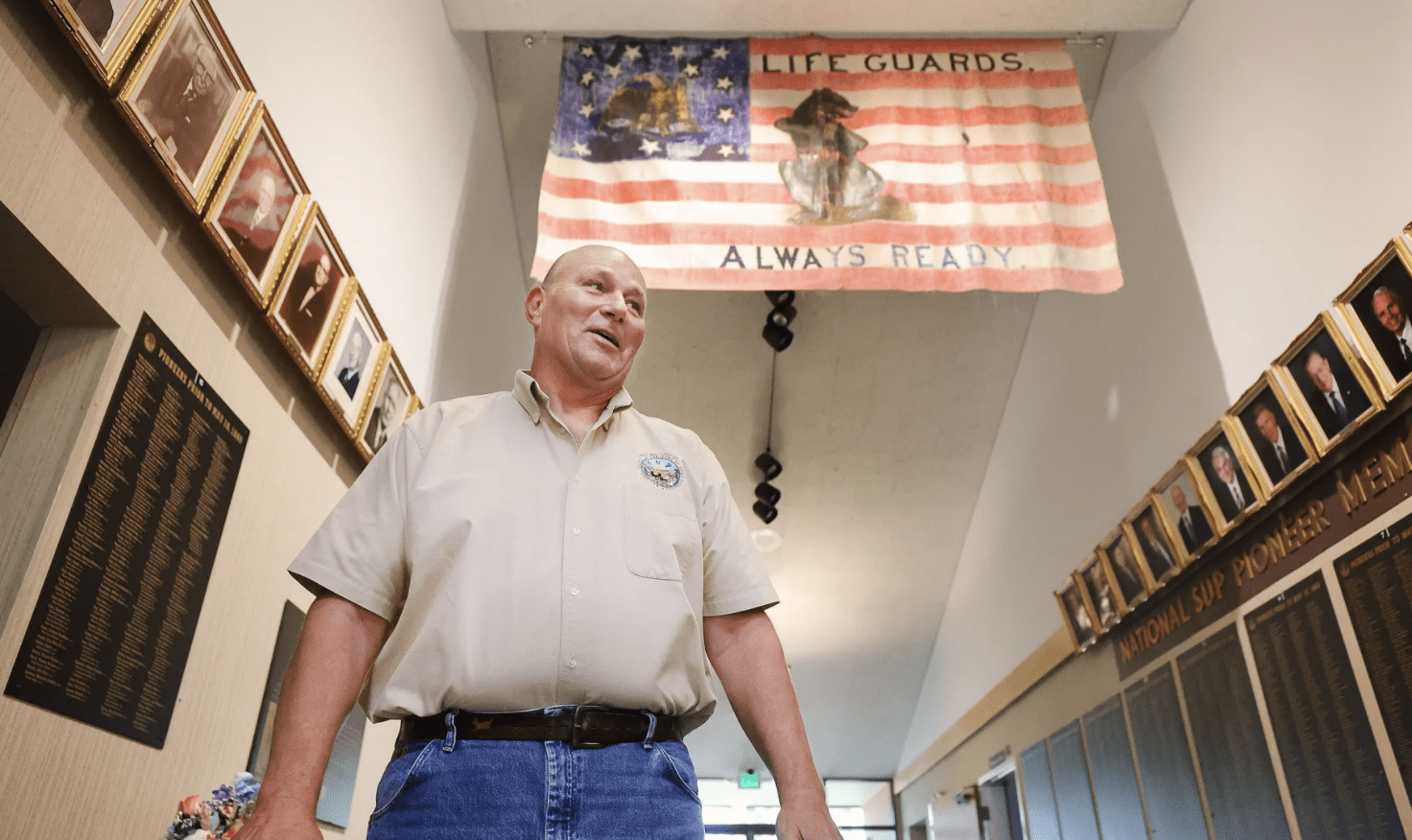 Already full of pioneer-era artifacts, from Avard Fairbanks sculptures to hundred-year-old oil paintings to the best collection of trek diaries this side of the official archives of The Church of Jesus Christ of Latter-day Saints, the Sons of Utah Pioneers headquarters building near the mouth of Parleys Canyon took possession this week of a hand-painted American flag that’s even older than Pioneer Days.

The flag was made in the 1840s in Nauvoo, Illinois, when that city was headquarters of The Church of Jesus Christ of Latter-day Saints. It is representative of the homemade American flags that were common in the 19th century. This one measures 8 ½ feet by 5 ½ feet and, besides the requisite 13 alternating red and white stripes and the blue background with 13 stars in the corner, it features three drawings: one of a bear, one of a bald eagle and one of a beehive underneath the eagle.

Also unique to the flag are the phrases “LIFE GUARDS” — believed to be a reference to a Mormon militia unit by that name — and “ALWAYS READY” — the militia’s motto.

Reputedly the flag flew atop the Nauvoo Temple before the Latter-day Saints fled Illinois in 1846 and began their trek to the Rocky Mountains.

When they left they took the flag with them.

Halfway to Utah, at a place called Mosquito Creek near Council Bluffs, Iowa, the flag was requisitioned by the 500 Latter-day Saint volunteers who joined the U.S. Army and formed the Mormon Battalion that marched all the way to California.

When the Mexican-American War ended in early 1848 and a portion of these intrepid soldiers finally arrived in the Salt Lake Valley, after walking more than 3,000 miles, what became known as the bear flag (it’s conjectured the bear drawing was added in California in reference to the California Republic’s grizzly bear symbol) was still in their possession.