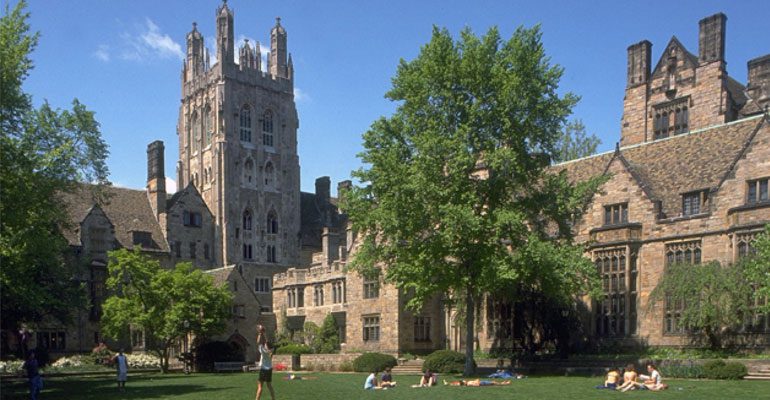 How Yale is Keeping Christian Students from Receiving Financial Aid

The tuition at Yale University is nothing compared to what it’s costing students in another category: freedom. The third oldest college in America obviously doesn’t remember a lot from its roots, when a group of ministers founded the school to fight the growing liberalism at Harvard. Imagine what those church leaders would think now — 300 years later — when it’s not liberals being squeezed out of the campus, but Christians.

When the Alliance Defending Freedom (ADF) was invited to Yale’s Federalist Society to talk about Jack Phillips’s Supreme Court case, the usual suspects pitched a fit. The school’s LGBTQ group, Outlaws, were furious that the club would invite a Christian group to campus who defended a man with natural marriage views. (Views, incidentally, that were vindicated by the Supreme Court)

They responded, Senator Ted Cruz (R-Texas) told me, as “campus leftists do. They protested.” One of their demands, he explained, was that Yale change their student loan program and stop offering financial aid to any student who goes to work at a group at a Christian organization. Specifically, the ones that actually follow the Bible’s teachings on marriage and sexuality. Yale, Senator Cruz wrote to law school dean Heather Gerken, has “an obligation to protect and respect the constitutional rights of its students.” Blacklisting Christians — or worse, punishing them for their views — is an insult to the Constitution these future attorneys should be learning. And Senator Cruz, for one, refuses to take it lying down.

Earlier this week, Senator Cruz launched an investigation, demanding all of the communication that led to the change. Although Yale promises to comply with the probe, Dean Gerken insists the university did nothing wrong. “Contrary to press reports, our policy does not single out any student based on religion. Instead, it is designed to protect all students, including Christians…” Let’s hope she’s telling the truth, Senator Cruz said, because:

“Yale receives large amounts of federal funds, and it’s against federal civil rights law to discriminate based on religious faith… [The Judiciary Committee] submitted to Yale a request for production of all of the documents, all of the emails, all of the correspondence behind this policy… And I think it’s likely to indicate that this was driven by a very specific animus to discriminate against Christians and to try to [marginalize] ADF and punish any Yale students who choose to work there.”

If Senator Cruz is proven right, Yale won’t just have to worry about the committee’s reaction — but the administration’s. President Trump made no secret of his frustration with the Left’s crackdown on campus freedom –even going so far as to threaten funds for any school caught stifling debate. But this case could prove especially significant, Senator Cruz warned.

“I think Yale law school is the canary in the coal mine. If they get away with this, we’ll see law school after law school following the same pattern. And I’ll tell you, what the LGBT group demanded of Yale — not just that they discriminate against Christians and financial aid. They demanded that they discriminate against anyone who believes in traditional marriage in admissions — that they not even admit anyone who believes in a biblical definition of marriage that is profoundly dangerous and we’ve got to stand up and prevent it.”

"Views, incidentally, that were vindicated by the Supreme Court..." I'm not a leftist, but this statement is not true. The Supreme Court found that the state of Colorado had prosecuted Phillips with an unfair bias. It's not the same thing as vidicating his beliefs.