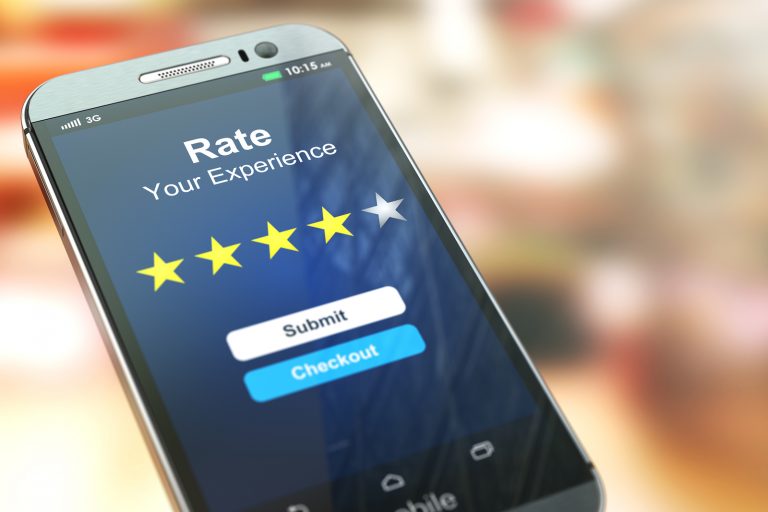 How Would People Rate Their Experience with You?

At my house, our favorite four-letter word is “e-b-a-y.”  The world’s largest online auction site, eBay was originally created so its founders could buy and sell collectable Pez candy dispensers.  It now processes a quarter of a billion transactions a year.  Available 24-7, I regularly scour a select group of sites looking for antique miniature building banks.  Sometimes, I like to plug in keywords and see what pops up.  And, unfortunately, sometimes, others cross the line between legality and good taste in their offerings.

In March of 2000, a 29-year old communications instructor at the University of Massachusetts-Amherst sold his soul for $1,325 to a New Your real estate agent after a 10-day bidding war.  “In America, you can metaphorically and literally sell your soul and be rewarded for it,” the seller says.  “That’s what makes this country great.”  I’m not sure which bothered me more—that someone would value their soul so little as to attempt to marked it, or that the marketplace would put a substantially lesser price on it than it did for a piece of toast which seemed to have Elvis’s image.

Regardless of the auction items, in a marketplace that’s based entirely on good faith, how does one of the largest self-policing communities in the world ensure fair and equitable dealings among its participants?  One word:  feedback.

After every encounter, both buyers AND sellers have the chance to rate how the experience went.  In this cyber-service world, both sides strive to exceed expectations, to avoid, at all costs, the thing NO “eBay-er” wants to get;  negative feedback.  Kind of like the “permanent record” that trailed you from kindergarten through your senior year in high school, bad feedback is the kiss of the death for the eBay enthusiast.

Upon receipt of the first negative feedback, the user is sent a stern letter outlining the policy.  After the second, a warning letter is sent and, in the spirit of “three strikes and you’re out,” after a third transgression, your account is unceremoniously cancelled and it is very, very difficult to get your account reinstated,  communicating the unspoken eBay philosophy:  “We don’t want people like you.”

I’ve thought to myself, “How different life would be if every person we came in contact with every day had the chance to record their feedback evaluating the quality of their interaction with us.”   And what if that information was make public for all the world to see?  If someone was thinking about doing business with us, becoming our friend, or sending us something and had the chance to look at our interactions with our fellowmen, what would they find?

Would the feedback reveal that we are really two different people—a saintly Latter-day Saint on Sundays and a tyrannical ogre the other six days?  If how we treated the checker at Giant, the teller at Riggs, the cafeteria lunch lady, cleaning lady, yard man, the paper boy, or even our own children could be recorded, would it be positive or negative?

Last fall, I was in charge of the annual Christmas tree sale at my sons’ high school.  The trees had to be ordered by a certain date to arrive in time for the sale in December.  I called the school and asked to speak with the coach who was my liaison for the sale.  Told he was in class, I asked the secretary to have him call me as soon as he was free. Which was supposed to be about noon.  When I hadn’t heard from him by the end of school at 2:30, I went to the school and asked to have him paged.  The secretary said calmly, “Oh, he’s already left for the day.” “You told me you would call him when he finished with his class,” I said, “What happened?” she said, “It’s against school policy,”

I was livid, I went into the assistant principal’s office and first, yelled about the secretary’s incompetence, then yelled about her attitude, then yelled about how stuck we were because the tree order had to be in that day and now it wasn’t going to be.  Even though her door was shut, I was yelling so loud that everyone in the office could hear me.  She asked what she could do to help and I said, “Find the coach.”  She didn’t have the number so she called his wife at home who said “I just hung up from talking to him—here’s his cell phone number.”  She called it, and finding out he was actually in the gym, asked him to come right over.  While I was waiting for him, I sat there seething.  The young secretary looked up and said, “I’m sorry  I thought he had left.”  I said, “You know, you refused to help me.  If I could, I’d have you fired.”  She looked down at her desk and started to cry.

About a month later, I needed something else and there was no one else in the office but her.  As I waited for her to get the information, she asked me a question about our oldest son.  I said he had gone to SVU and was now serving as a missionary.  She asked his name and said she would ask her brother if he knew him since he was in his second year there.“  “Your brother goes to SVU?” I asked.  “Yes,” she replied.  “Are you LDS?”  I asked.  “Yes, I’m in the Rockville Ward.  I remember you from when you would come and give High Council talks in our ward.  I wasn’t sure if it was you at first but after that time you yelled at me, the principal came out and said, “You know, that wasn’t very Mormon-like of him.”

Though my apology was accepted, the sting of that comment will haunt me.  Since then, in all my dealings with my fellow man, I have tried very hard to make every encounter “Mormon-like” in the best sense of the word.  When it comes to missionary work, you may not feel comfortable taking to your friends about the church.

However, you can start by being different than everyone else in the way you treat the people that cross your path each day-a little kinder, a little more patient, a little more cheerful.  You’ll find that people will start saying to themselves, “This person is different. . .I wonder why?”  And, maybe, just maybe, they’ll ask you your secret. . .and you can tell them.

I’ve noticed when I’m out with our missionaries in public that thy go out of their way to make their interactions with people good ones.  May our missionary efforts begin with a focus on simply being kind or kinder to everyone we meet.  Remember-in this life, it’s all about the feedback we leave behind.

"O wad some Pow’r the giftie gie us To see oursels as others see us!" Robert Burns "To a Louse, On Seeing one on a Lady’s Bonnet at Church"