How Will God Rescue this Generation? | Meridian Magazine 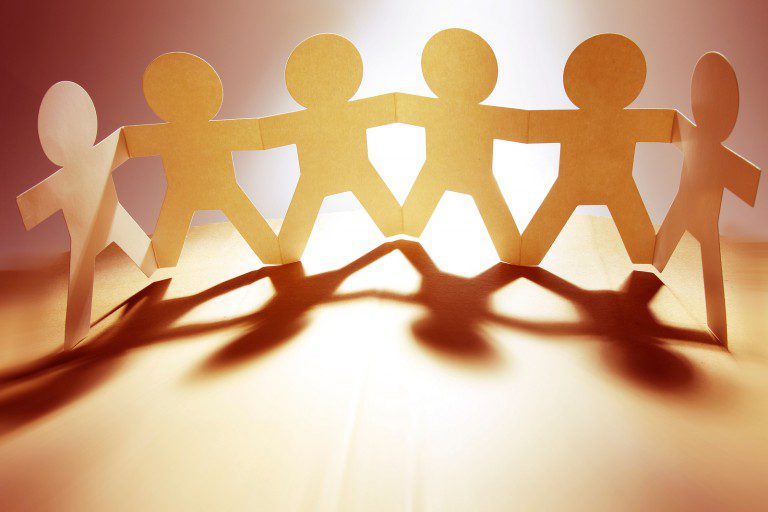 How Will God Rescue this Generation?

Midst a tumultuous time in the Prophet Joseph’s history, sandwiched between endowing the twelve in the spring one year before the martyrdom, and receiving the fulness of the priesthood that September, the Prophet asked and answered a question that remains germane to our increasingly tumultuous generation:

“How shall God come to the rescue of this generation? He will send the prophet Elijah. …Elijah shall reveal the covenants to seal the hearts of the fathers to the children, and the children to the fathers.”

With families in turmoil, politics barely tolerable, the media proudly displaying base wickedness, wars and rumors of war, crescendoing natural disasters, etc.; how is Elijah’s coming even pertinent? Had brother Joseph said that Christ would come, we might all nod in ascent, but Elijah? To understand our responsibility so this rescue can truly hasten the work,[i] for the benefit of our children and grandchildren, we will use a later discourse, given just over four months before the martyrdom, as well as several earlier defining statements from Joseph and later apostles, including Joseph’s post-martyrdom return to tutor Brigham Young.

President Joseph Smith spoke expressly on the “Mission of Elijah” about three weeks before his last general conference where he gave what we now call the King Follett Discourse.[ii] Among many other things, he defined this “spirit, power, and calling” of Elijah.

“The spirit, power, and calling of Elijah is, that ye have power to hold the key of the revelations, ordinances, oracles, powers and endowments of the fulness of the Melchizedek Priesthood and of the kingdom of God on the earth; and to receive, obtain, and perform all the ordinances belonging to the kingdom of God, even unto the turning of the hearts of the fathers unto the children, and the hearts of the children unto the fathers.” [iii]

As one newscaster says, “Let’s read this real slow.”[iv]

“The spirit, power, and calling of Elijah is” or equals:

This is a fractal diagram meaning that it repeats both macro and microscopically through eternity. At each intersection is a king and each line, like the first, is filled with lines and intersections representing numberless kingdoms through eternity. Each father and mother reign as kings and queens over their posterity and their grand-posterity add-infinitum.

After the martyrdom and the saint’s departure from Nauvoo, President Young continued to ponder these sealing principles. When in Winter Quarters, he wrote that the prophet Joseph appeared to him and answered his questions.

I said, “Brother Joseph… The brethren have a great anxiety to understand the law of… Sealing principles; and if you have a word of counsel for me I should be glad to receive it.”

“Tell the brethren if they will follow the Spirit… they will find themselves just as they were organized by our Father in Heaven before they came into the world…Father… organized the human family, but they are all…in confusion.”

“Joseph showed me the pattern…It must be joined together, so that there would be a perfect chain from father Adam to his latest posterity.” Brigham Young; 2/17/1847 Winter Quarters, Iowa – Joseph Smith to Brigham Young in night vision; Manuscript History of BY 2/23/47, Church Historians Office; quoted in part by MG Romney CR 4/44 p141

During the Utah war and subsequent colonizing periods through presidents Young and Taylor, these “sealing principles” came to be misunderstood as “principles of adoption.” The quandary is manifest in a prayer offered by President Woodruff while alone in the temple. He writes:

“When I went before the Lord to know who I should be adopted to, the Spirit of God said to me, “Have you not a father who begot you?’ ‘Yes, I have.’ ‘Then why not… be adopted to him…’ “

He later wrote to all temple presidents indicating that sealings, from then on, needed to be within family relationships. He would later write and speak to the church:

‘We want the Latter-day Saints from this time to trace their genealogies as far as they can, and to be sealed to their fathers and mothers.   Have children sealed to their parents and run this chain through as far as you can get it. This is the will of the Lord to his people…” Wilford Woodruff in Messages of the First Presidency V3, p255-7; 1894

Before we conclude that this is simply a geriatric issue of doing our genealogy once we are retired, note the prophet Joseph’s understanding of the vital nature our transveil partnership to our survival:

“The heavenly Priesthood will unite with the earthly, to bring about those great purposes (of building Zion) ; and whilst we are thus united in one common cause, to roll forth the kingdom of God, the heavenly Priesthood are not idle spectators… a work that is destined to bring about the destruction of the powers of darkness, the renovation of the earth, the glory of God, and the salvation of the human family.” TPJS 231-2

When first introduced to the restoration, in the spring of 1829 (DC 6-14), Zion was simply known as a “cause.” A year or so later, God referred to it as a place. Subsequent revelations built incrementally upon this notion that Zion was and would yet be a place through the efforts of the Saints. Understanding grew as Enoch’s Zion became the example where “God called His people Zion” because of the condition in which they associated. It is this condition that enables people to be fully “perfected in Christ.”[ix] I have come to believe that this four-element condition is the mortal culmination of the “work of the Atonement” of Christ. Those four unities are: feelings, thinking, behavior, and economy.

“And the Lord called his people Zion, because they were of one heart and one mind, and dwelt in righteousness; and there was no poor among them.” Moses 7:18

“I need not remind you that this cause in which we are engaged is not an ordinary cause. It is the cause of Christ. It is the kingdom of God our Eternal Father. It is the building of Zion on the earth, the fulfillment of prophecy given of old and of a vision revealed in this dispensation. “—Gordon B. Hinckley (Ensign, 11/89, p. 53.)

As we watch recent harrowing scenes of rescue following floods and hurricanes and as we engage in learning to minister to each other, let us keep our eye on the big picture and the means by which our rescue will come, the rescue of our families and all who we hold dear. As we provide temple ordinances for our ancestors and listen to the increased revelatory guidance they provide to us and our precious children, “be still and know that He is God;” then let us join with the heavenly priesthood and build Zion!

[v] DC 107:20 The power and authority of the lesser, or Aaronic Priesthood, is to hold the keys of the ministering of angels, and to administer in outward ordinances, the letter of the gospel, the baptism of repentance for the remission of sins, agreeable to the covenants and commandments.

[vi] They could come, yes, as a ministering angel after they are here if they have been sealed in the temple. Harold B. Lee, BYU 6th   Stake Conf. 4/27/69

[vii] In a subsequent conference one year later President Faust clarified, “A principle in this statement that is often overlooked is that they must fully repent and “suffer for their sins” and “pay their debt to justice.” If the repentance of the wayward children does not happen in this life, is it still possible for the cords of the sealing to be strong enough for them yet to work out their repentance? In the Doctrine and Covenants we are told, “The dead who repent will be redeemed, through obedience to the ordinances of the house of God, And after they have paid the penalty of their transgressions, and are washed clean, shall receive a reward according to their works, for they are heirs of salvation. …Mercy will not rob justice, and the sealing power of faithful parents will only claim wayward children upon the condition of their repentance and Christ’s Atonement. Repentant wayward children will enjoy salvation and all the blessings that go with it, but exaltation is much more. It must be fully earned. The question as to who will be exalted must be left to the Lord in His mercy.… Perhaps in this life we are not given to fully understand how enduring the sealing cords of righteous parents are to their children. It may very well be that there are more helpful sources at work than we know. I believe there is a strong familial pull as the influence of beloved ancestors continues with us from the other side of the veil.” April Conference 2003

[viii] DC 27:13 … a dispensation of the gospel for the last times; and for the fulness of times, in the which I will gather together in one all things, both which are in heaven, and which are on earth;

[ix] Moroni 10:31-32 “…put on thy beautiful garments, O daughter of Zion; and strengthen thy stakes and enlarge thy borders forever, that thou mayest no more be confounded, that the covenants of the Eternal Father which he hath made unto thee, O house of Israel, may be fulfilled. Yea, come unto Christ, and be perfected in him…”

Fascinating viewpoint, especially for anyone with a posterity or the hope of a posterity. Also especially intriguing was the fractal diagram attributed to the Prophet Joseph Smith. It would prove interesting to determine how many individuals were interested in, capable of producing or even desirous of teaching the complexities of fractal geometry in the mid-1840's.