How ‘we can change the world,’ Elder Holland tells young adults | Meridian Magazine 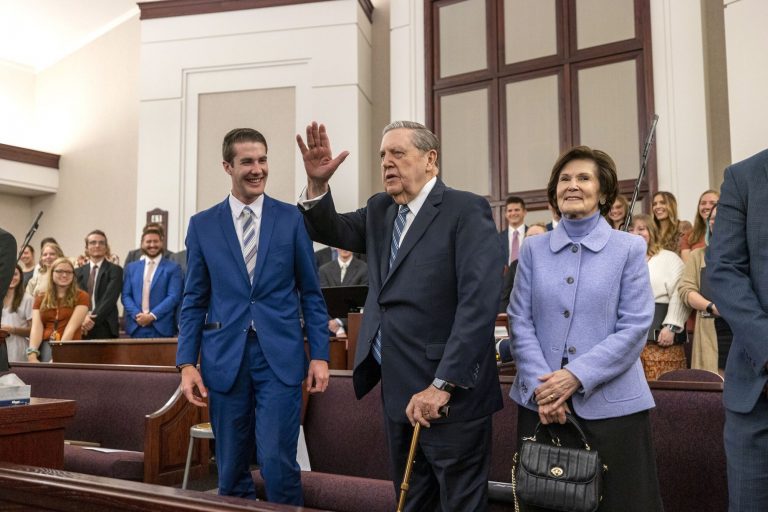 How ‘we can change the world,’ Elder Holland tells young adults

On the same frigid day of the first snowfall of the season, Elder Jeffrey R. Holland brought the warmth of the Spirit as he spoke to nearly 1,300 young adults on Sunday, Oct. 23.

Elder Holland, a member of the Quorum of the Twelve Apostles, spoke to students of Snow College and the Ephraim Utah Institute about loving God and God’s love for them. Sister Patricia Holland, Elder Holland’s wife, attended the devotional with him.

“Do more of what He would do if He were here,” Elder Holland told the full-house crowd of young adults. He promised that if they would follow the commandments and do what Christ would do, “we can change the world.”

One particular part of Elder Holland’s message seemed to strike a chord with many of the young adults in attendance.

He talked about the daunting challenge of being an Apostle of Jesus Christ and how paralyzing it can be to try to live up to the ideal of being a full-time disciple and special witness of the Savior.

He said in trying to be that, while at one of his lowest points, he felt as though the Lord said, “OK, now I think I can work with you.”

In that moment, he said he began to recognize the need to broaden his horizon regarding the work which the Lord had begun during His mortal ministry.

“We can’t be more than He was, but we get to go farther and serve longer than He did in mortality,” Elder Holland said.