How to Avoid Being a Conditional Covenant Keeper | Meridian Magazine 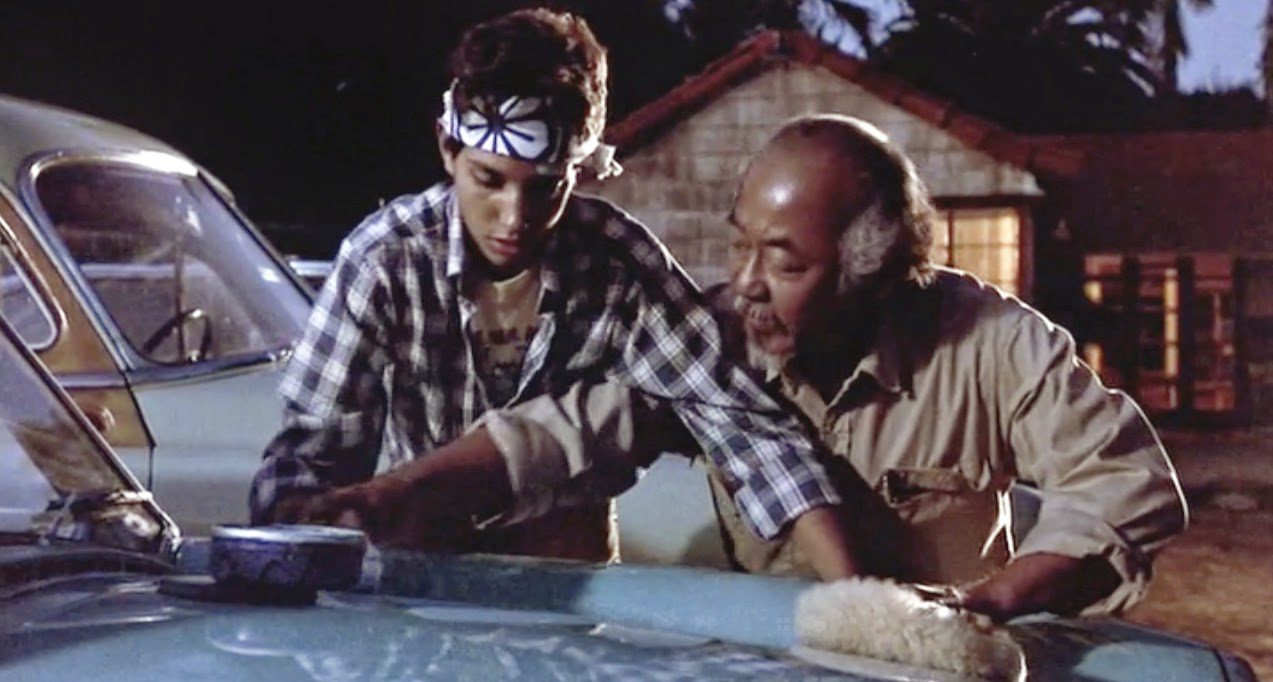 How to Avoid Being a Conditional Covenant Keeper

I have been thinking about the movie The Karate Kid.

I guess you remember the movie.  Daniel was required to make some commitments to Mr. Miagi before the old fellow would teach him Karate.  He had to agree to do everything he was asked to do whether he understood the reasons or not.

When we offer ourselves to the Lord, we make similar kinds of commitments.  I will do everything you ask me to do.  We have been commanded to make such covenants with our hearts and a willing mind (D&C 64:34).  We all start off thinking we will be the greatest Karate experts the world has ever seen, that we will go the distance, stay the course, “hold out faithful to the end” (D&C 6:13), “hold on [our] way” (D&C 122:9), “press forward with a steadfastness in Christ” (2N31:21).  But the monotony of “wax on; wax off” may begin to wear on us.

And Lucifer has legions of angels who make it their purpose to try to turn us out of the path we have covenanted to walk.  Generally we begin an assignment in sunshine.  Oh, there may be a few high, thin clouds in a sky of perfect, deep, untroubled blue.  And so we depart for Puerto Rico or Carlsbad or the Canary Islands.  Or we begin our service as a High Priests Group Leader or a counselor in the Young Women’s Presidency.  Before long, the sky gathers blackness, and ” . . . the elements combine to hedge up the way” (D&C 122:7), and then we demonstrate what our commitment to our covenants is all about.

The Lord has not offered us the luxury of conditional covenants.  We make them without any exceptions.  Do it, the Lord says.  I will, we respond. You can count on me! we say.  But sometimes we get tired of waxing the cars and painting the fence.

In 1857, George A. Smith told the following story in the Tabernacle.  This was November 1.  Elder Asay repeated this story in 1981.  Elder Smith began by saying, “This makes me think of an old Chinese fable.”  And then he told this story:

A man travelling through the country came to a large city, very rich and splendid; he looked at it and said to his guide, “This must be a very righteous people, for I can only see but one little devil in this great city.”

The guide replied, “You do not understand, sir.  This city is so perfectly given up to wickedness, corruption, degradation, and abomination of every kind, that it requires but one devil to keep them all in subjection.”

Travelling on a little further, he came to a rugged path and saw and old man trying to get up the hill side, surrounded by seven great, big, coarse?looking devils.

“Why,” says the traveler, “This must be a tremendously wicked old man!  Only see how many devils there are around him!”

“This,” replied the guide, “is the only righteous man in the country; and there are seven of the biggest devils trying to turn him out of his path, and they all cannot do it.”  (Journal of Discourses, Vol.5, p.364; “Opposition to the Work of God,” Ensign, Nov. 1981, 67)

The real question for those of us who have embarked in the service of the Lord is whether or not Lucifer has enough angels to turn us out of the path.  Will seven be enough?  Even seven “great, big, coarse-looking” ones?  Seventeen?  Seventy times seventeen?  At the end of this fable Elder Smith made this comment; “The whole legion of devils have nothing to do but look after the Mormons.”  Some experts suggest that 105 billion people have lived on the earth since the creation.  If that number is correct, it means that there are at least 50 billion evil spirits floating round out there, “looking after the Mormons.”  That means there are about 9000 of them for every Latter-day Saint on the planet.

So, how many of them will need to “look after” us to get us to depart from the path defined by our covenants and our commitments?  What will we do when they heat the furnace seven times hotter than usual (Daniel 3) or when they open the den and we hear the roar of hungry lions (Daniel 6) or when they bring in the firewood (Mosiah 17).  Are we ready to say with Shadrach and Daniel and Abinadi and Job, “Till I die I will not remove mine integrity from me”? (Job 27:5). Will the angels of God regard us and the big, ugly devils swarming around us, trying to turn us out of the path, and say, “They all cannot do it”?

These devils may take many forms.  For missionaries they may appear as lazy companions, or slammed doors, or a continuous lack of success or being passed over for positions of leadership. There are missionaries who respond to such circumstances by deciding that the rules do not really apply to them, or that their compliance can be customized due to unique and unexpected circumstances.  How many temptations will we face before we decide, as Corianton did, that we no longer need to tend to the ministry?  (See Alma 39:4,5).

For those not involved full-time in missionary service there are other devils: church meetings that seem boring or inconvenient; callings that are too hard or too easy; extra income for breaking the Sabbath; extra thrills from unwholesome entertainment; a lack of positive reinforcement from the small and simple daily things (Awax on; wax [email protected]) like scripture study and prayer.  If Lucifer can just get us to begin to lean in an incorrect direction, he may be able to use that leaning to finally pull us onto a completely different road.

And then there was the final big, ugly “devil,” the threat of death for all believers if the sign did not appear by a certain day.  Suppose Satan’s emissaries had condemned my family to death if a prophecy spoken by a vanished prophet was not fulfilled by a certain day.

I think I would feel some powerful inclinations to turn out of the way to a different path, a path less crowded by devils “to turn aside from the hope of the coming of Christ.”  Even if I could stand firm for myself, the threats to my wife and children would render a difficult decision nearly impossible.

I imagine that the faithful Nephites were out every night watching the sunset and evaluating the diminishing light, then going back inside in the gathering darkness with increasing concern to kneel and pray for the sign to be given.

One night it happened: the sun had been down for about twenty minutes and someone asked a question: “is it any darker?” Throughout the land of Zarahemla, the attention of every person with eyes and understanding would be fixed on the evening sky.  And before long they would know.  For “there was no darkness in all that night, but it was as light as though it was midday” (3 Nephi 1:19).

The unbelievers were knocked flat (3 Nephi 1:16).  But what of those believers who had abandoned their steadfastness and joined the faithless multitudes to preserve their lives, especially those (if there were any) who had turned out of the path just days before. Think of the regret that must have filled them as the evening and night hours passed and the light continued.

And think of the joy in the houses of those who had not faltered.  What expressions of gratitude must have ascended to heaven from them for the goodness of the Lord I showing his sign in time to preserve them and their families.

I suppose judgment day will be like that.  It is described as a time of lamentation: of weeping and wailing and gnashing of teeth.  Samuel describes the language and feelings of such people:

O that we had repented in the day that the word of the Lord came unto us; for behold the land is cursed . . .

Behold, we are surrounded by demons, yea, we are encircled about by the angels of him who hath sought to destroy our souls. Behold, our iniquities are great. O Lord, canst thou not turn away thine anger from us? And this shall be your language in those days (Helaman 13:36,37).

Mormon makes this point just a few chapters later.  Look at these verses:

From this it appears as though many of the Nephites missed the blessings of the personal visit of Christ by only about 4 years.  If they had continued in faithfulness instead of being turned out of the path by those “great, big coarse-looking devils” they might have met with Christ at Bountiful. They might have been healed.  Their children would have been blessed by the Savior and participated in the ministering of angels.  All these blessings were available.  “There was nothing in all the land to hinder the people from prospering continually, except they should fall into transgression”  (3 Nephi 6:5).  But they chose to turn out of the path.  “Now they did not sin ignorantly, for they knew the will of God concerning them, for it had been taught to unto them, therefore they did wilfully rebel against God” (3 Nephi 6:18).

The sons of Mosiah considered another path.  After traveling through the wilderness to the Land of Nephi, contemplating the nature of the mission they had chosen and the danger of a sojourn among ” . . . a wild and a hardened and a ferocious people; a people who delighted in murdering the Nephites and in robbing and plundering them . . .”  (Alma 17:14), they nearly quit.  Ammon reported, “Now . . . our hearts were depressed andwe were about to turn back . . .”  (Alma 26:27, emphasis added) Think of the blessings they would have missed had they turned aside from the thing they had been inspired to do and returned to their homes in Zarahemla.

Because we cannot see into the future, we expect that things will always be as they are at the present time.  Thus Saul offered a sacrifice in preparation for battle, because Samuel was late, even though he had no authority.  As soon has he was done, Samuel arrived, and told Saul that his disobedience had cost him the kingdom. (1 Sam 13:8-14)

We usually cannot see what the Lord has in mind and when he will act for us, but we do know that he has said, “After much tribulation come the blessings.”  (D&C 58:4) We must stay on the path, hold on our way, press forward, endure to the end.  Pres. Hugh B.  Brown said:

Remember that each of us is being tested, just as the finest cars and planes are tested before they are put into service. They are tested for weaknesses; they are tested for flaws. Can you stand the test? At the bar the Judge will not look us over for medals, degrees, or diplomas, but for scars.  (Improvement Era, June 1969, pp.  98,99)

So be faithful son.  Don’t let anything turn you aside.  Finish with courage what you began with commitment and covenant.

This was beautiful and enlightening. We can never give up......

What a wonderful man and teacher Brother Gibbons was. He is missed. Thank you for sharing his words of wisdom with us. This has also painted a picture in my mind I won't soon forget. Thanks.